Telling the ‘deplorables’ to shut up only feeds extremism

Proud Boys leader Enrique Tarrio previously worked as a “prolific” undercover informant for local and federal law enforcement — leading to the prosecution of more than a dozen people, according to a new report.

Details of Tarrio’s secret work were lodged in a transcript from a 2014 court proceeding in Miami and obtained by the outlet.

Tarrio’s lawyer Jeffrey Feiler had asked for leniency in his client’s sentence after he and two co-defendants pleaded guilty to relabeling and selling stolen diabetes test kits, the report said.

Feiler said in court that Tarrio had worked undercover in numerous probes — including one into the sale of anabolic steroids, another into “wholesale prescription narcotics” and a third that involved human smuggling, Reuters said.

In the smuggling case, Tarrio “at his own risk, in an undercover role met and negotiated to pay $11,000 to members of that ring to bring in fictitious family members of his from another country,” Feiler said in court.

At that same hearing, an FBI agent described Tarrio as a “key component” in local police probes involving marijuana, cocaine and ecstasy.

“He cooperated with local and federal law enforcement, to aid in the prosecution of those running other, separate criminal enterprises, ranging from running marijuana grow houses in Miami to operating pharmaceutical fraud schemes,” she told Reuters in a statement Tuesday.

Joan A. Lenard, the judge who oversaw Tarrio’s case, agreed, saying at the 2014 hearing that the convicted fraudster “provided substantial assistance in the investigation and prosecution of other persons involved in criminal conduct.”

There’s no evidence that Tarrio still cooperates with authorities.

Tarrio, who is based in Miami, denied working undercover or cooperating with authorities.

“I don’t know any of this,” he told Reuters when asked about the court transcript. “I don’t recall any of this.”

He acknowledged his sentence in the fraud case was reduced from 30 months to 16 months — but claimed the leniency was because he and his co-defendants helped investigators “clear up” questions about his own case.

He also denied helping investigate others.

In 2018, Tarrio became national chairman of the Proud Boys, a right-wing extremist group that describes its members as “western chauvinists” who espouse an “anti-political correctness” and an “anti-white guilt” agenda, according to the Southern Poverty Law Center.

Known for violently clashing with Black Lives Matter protesters, as well as Antifa militants, the group was involved in the insurrection at the Capitol on Jan. 6 that left five people dead.

Tarrio wasn’t charged in the siege but at least five Proud Boys members were.

In November and December, he helped lead a Proud Boys march through DC after Trump’s loss — telling the crowd on Dec. 11, “To the parasites both in Congress, and in that stolen White House, you want a war, you got one!” 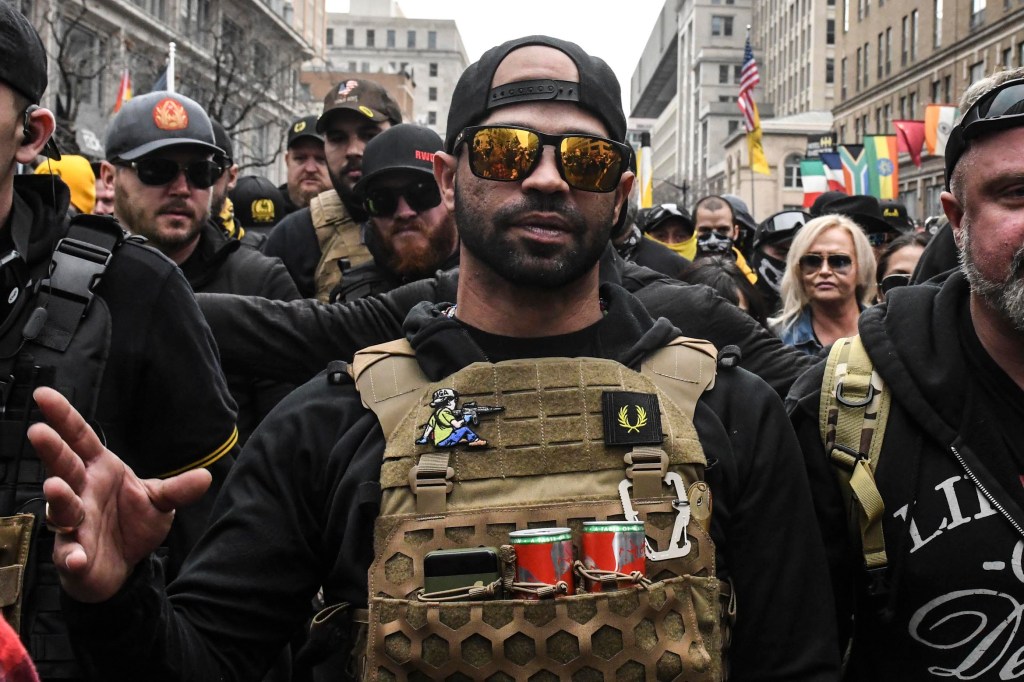 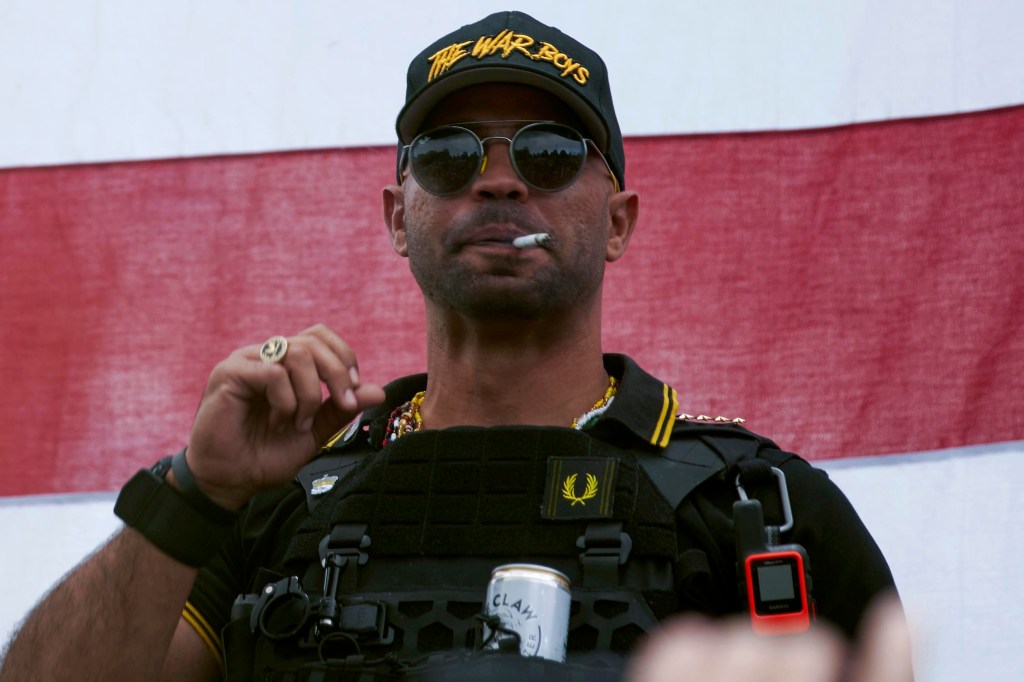