Matt Hancock is a busted flush and the public deserve a break from him, writes former Cabinet minister DAVID MELLOR

Matt Hancock reminds me of Pinocchio. Especially that bit when the wooden-headed puppet dances down the road between the Fox and the Cat.

He thinks he’s the cock of the walk. In fact he’s a dupe.

I wonder if Hancock’s Chief Medical Officer Chris Whitty and Chief Scientific Adviser Sir Patrick Vallance see themselves as the Fox and the Cat.

They should. These merchants of doom and gloom have little Hancock in their grasp as surely as the Fox and the Cat had Pinocchio.

Their every word is hailed by our Health Secretary as sacred text. To be more grown up about it, Hancock is a victim of something those in the know call ‘agency capture’. 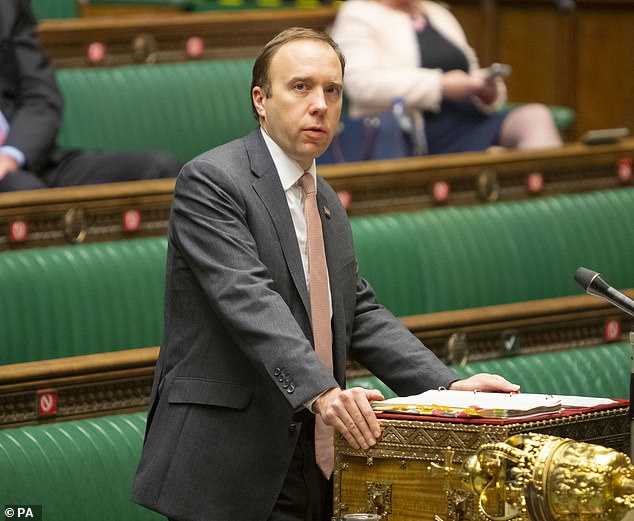 Matt Hancock reminds me of Pinocchio. Especially that bit when the wooden-headed puppet dances down the road between the Fox and the Cat, writes David Mellor

He seems incapable of independent thought despite the many public health pratfalls over which Whitty and Vallance have presided.

Where’s the political judgment he’s supposed to wield as the economy goes to rack and ruin?

Everyone except Hancock and Messrs Doom & Gloom know that whatever draconian rules they propose, the virus is calling the shots, not them.

So, despite all their clever little stratagems, London is on the verge of a third lockdown, with the rest of the nation doubtless to follow in due course.

Never mind the catastrophic economic consequences, including an unsustainable level of debt, loss of jobs on a massive scale, poverty, sickness and early death.

After the first lockdown in the spring, the economy fell 20 per cent, its biggest peacetime collapse.

Meanwhile, the national debt has risen from 20 per cent of annual Gross Domestic Product in 1990, when I served in the Treasury, to a barely believable 105 per cent. ‘Just like that,’ as the late Tommy Cooper used to say.

Did the mighty sledgehammer of home imprisonment crack the Covid nut? Of course it didn’t. The virus stuck around and a second lockdown came along.

Hancock’s dogged pursuit of failed strategies like this reminds me of Disraeli’s withering comment about a colleague: ‘Throughout his life he had but one idea… and that was wrong!’ 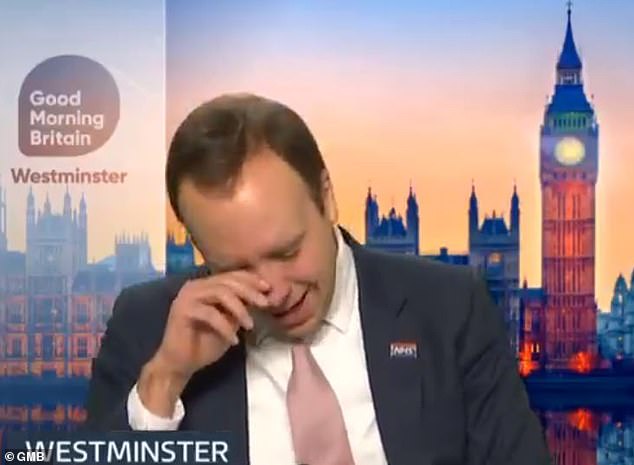 To be more grown up about it, Hancock is a victim of something those in the know call ‘agency capture’

There is no such thing as ‘the science’, just a lot of argumentative experts ineffectually ring-mastered by Whitty and Vallance.

They draw up tendentious proposals for Hancock to swallow, or provide him with excuses, like the latest claim that a new strain of the virus is running amok and could lead to untold deaths.

Viruses often mutate. This one is apparently more infectious than before, but no more deadly.

What Hancock doesn’t tell you is that most members of Nervtag (the new and emerging respiratory virus threats group) were actually against locking us up when they met on Friday to discuss the new strain.

According to someone with good reason to know, the majority wanted to wait for evidence about how best to respond.

No matter. The argument is pressed into service to justify the unjustifiable on national TV, to strike fresh fear into our hearts.

There is a pattern to this for, unlike Pinocchio – an innocent abroad – Hancock is big into deceit. His frequent use of dodgy, self-serving data has been widely denounced, even by the head of the Government’s own Statistics Authority.

Back in early April, he set a new target of 100,000 tests by the end of the month. Impossible to achieve, and it wasn’t achieved, but when it failed, he didn’t admit it.

Instead, he said Public Health England had carried out 122,347 tests.

It then emerged all that meant was that they had sent out testing kits by post, and were counting them as completed tests, even if they were never received, used, or returned. Talk about dodgy!

When they wanted to bully the nation into a second lockdown, they produced terrifying charts and projections of mass death which were almost immediately denounced as wild exaggerations – charts which they knew to be out of date even as they put them up in front of the cameras.

Then there’s the pressure on the NHS, which is once again exaggerated to excuse their policies. Yes, there are pressure points. Yes, the wards in general are full. But they’re always full as we approach Christmas. And when we are allowed to see actual figures, we learn that the demands on NHS beds are not overwhelming compared with this time last year.

Meanwhile, the Nightingale hospitals, expensively launched by Hancock with a fanfare of trumpets in the spring, remain empty – though he prefers not to go into that. Is this because NHS management can’t organise proper staffing? Pinocchio’s not for telling.

‘Save the NHS,’ Hancock squawks. Hang on Matt, shouldn’t that be ‘save the British economy’, which pays for the NHS?

Or save the jobs of millions of people which are being put at risk by Hancock’s failed attempts to curb the spread of Covid?

Or the hundreds of thousands of lives inevitably cut short by the unprecedented economic collapse and the vast immiseration that will follow? So now we are facing a third devastating lockdown.

And a threat of being confined to our homes by government edict. Here we leave the essentially friendly world of Pinocchio behind and enter the much more frightening world of George Orwell, where Big Brother rules OK and arbitrary authority does whatever it wants without let or hindrance – all projected through Hancock’s Ministry of Truth.

What else do we make of the doom-laden press conferences beaming evasions, half-truths and outright lies directly into our homes, much as Orwell described in his novel 1984?

How else do we interpret the travel bans, the arbitrary closing down of shops, pubs, restaurants, livelihoods and lives? The Home Secretary’s demands that we shop our neighbours?

It’s clear no amount of failures will deter Hancock and his colleagues from making ever-more blood-curdling threats to our basic freedoms, or persuade him to tell the unvarnished truth we are longing to hear. Starting with an admission of his own folly.

Hancock failed to anticipate the arrival of the virus. He failed to stock up on PPE to deal with it, even handing a lot back to the Chinese to help them resolve their problems in Wuhan.

He failed to stop infected people being returned to care homes, thereby precipitating an appalling death toll among the elderly and vulnerable.

He embraced a test-and-trace scheme costing billions, which then largely failed, despite typically grandiose promises from him about its likely performance.

Oh, and when did you last hear anything about the NHS app that was supposed to save us?

Inevitably what has followed from all this is public disillusionment on an epic scale. Most people don’t believe a word that Hancock says.

It could all have been so different. Why look in the crystal ball, when you can read the book? a wise man once asked.

Hancock could have read about the way that the Thatcher Government dealt with Aids, although there’s no evidence he’s done so. I was Health Minister for some of that time, and remember it well.

The original Health Secretary tasked with dealing with this potential pandemic, Norman Fowler, took charge, and didn’t hide behind his advisers. Nor was he in thrall to them.

He never talked about following the ‘science’, nor ‘saving the NHS’. What he did was to set out the various ways in which people could be infected with Aids, and how, with changes in behaviour, they could minimise the spread of the disease, itself far more frightening and deadly than Covid.

And it worked. No preaching, just practicalities.

It’s hard to avoid the sad conclusion that Matt Hancock is a busted flush. His resort to tears in public suggests it’s all getting too much for him.

Understandable, given the strain he has been under for so many months. Maybe it’s time for Boris to offer him a break.

The public surely deserve a break from Hancock. 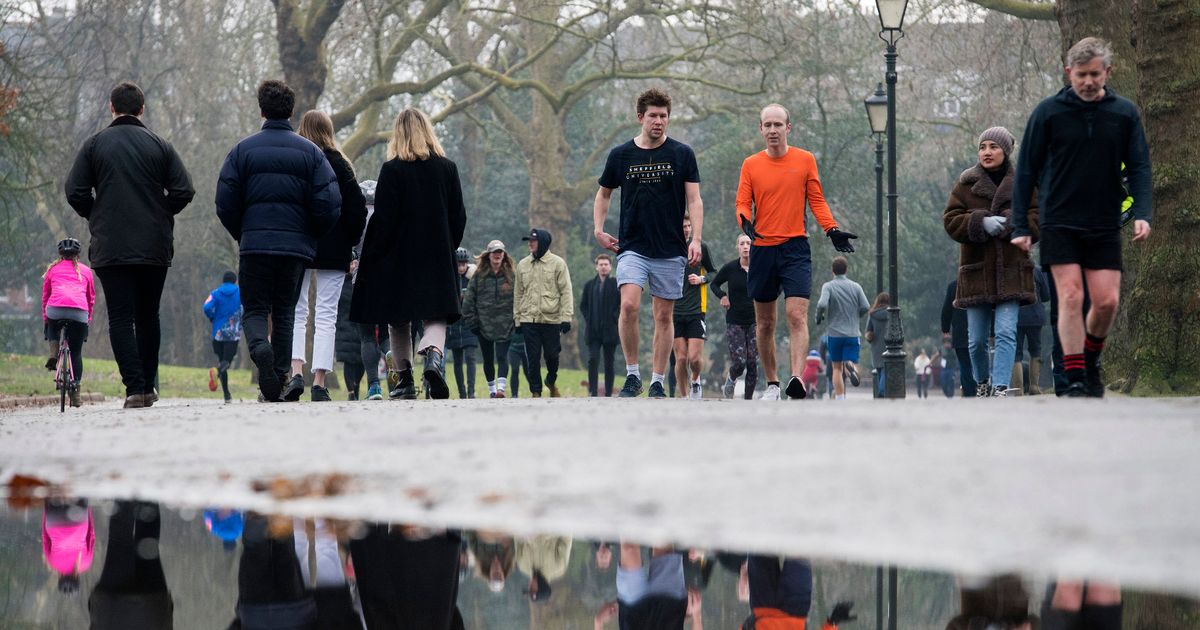 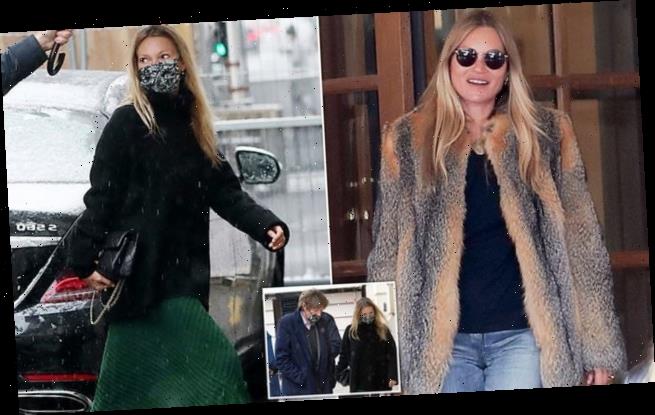