Throw me a bone! Playful puppy won’t give up when older dog REFUSES to let the newcomer play with its toys

This is the adorable moment a determined puppy refuses to give up when an older dog won’t let it play with her toys.

The footage, posted on Reddit today, begins as a dog wearing a pink collar chews a toy on the carpet.

A puppy, who had been laying on a blanket at the forefront of the video, then begins to chomp on another. 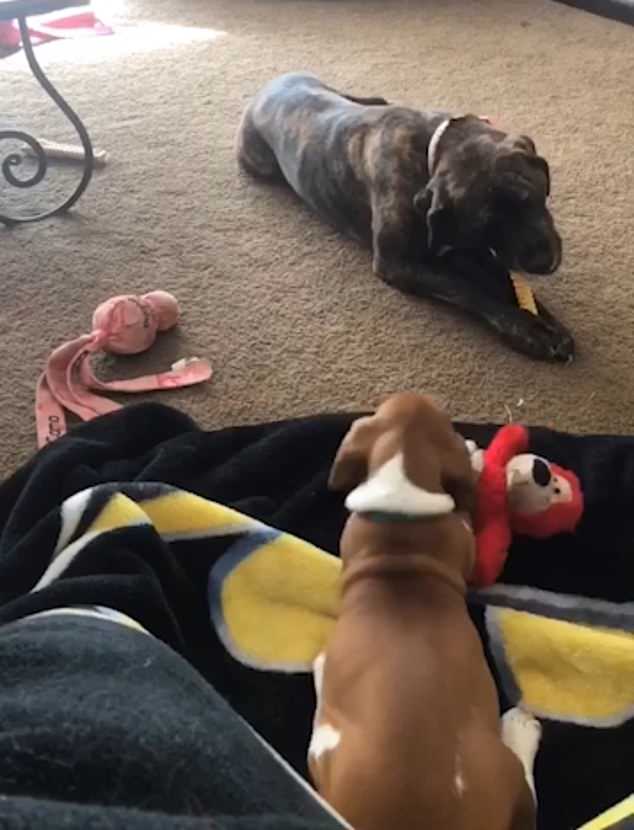 But it’s companion, named in the caption as Mandy, appears to decide she wants them both, and quickly yanks the toy from the tiny pup.

As Mandy begins to chew on the stolen toy, however, her new sibling jumps up from its spot and takes the discarded bone.

The brown and white pup retreats to its bed only for the toy to be taken away once again – this time Mandy dragging the puppy along the carpet as it desperately clung to the bone.

The situation then repeats itself again – and the new puppy is left without a toy as the video ends. 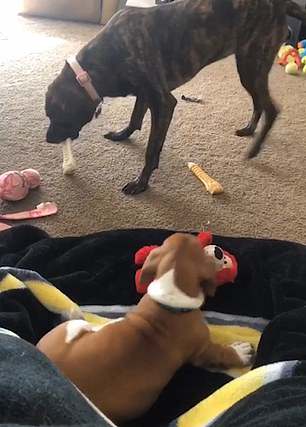 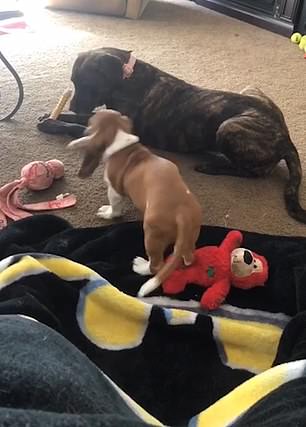 Viewers took to the forum to post their thoughts on the adorable play-fight.

Another said their Bichon Frise Shih Tzu likes to play a similar game with his toys.

They said: ‘My dog likes to hide all his bones… under himself.