MOSCOW (Reuters) – President Vladimir Putin praised the skill and “unique abilities” of Russia’s military spies on Friday in a show of support for an intelligence agency that the West has blamed for a string of brazen attacks. 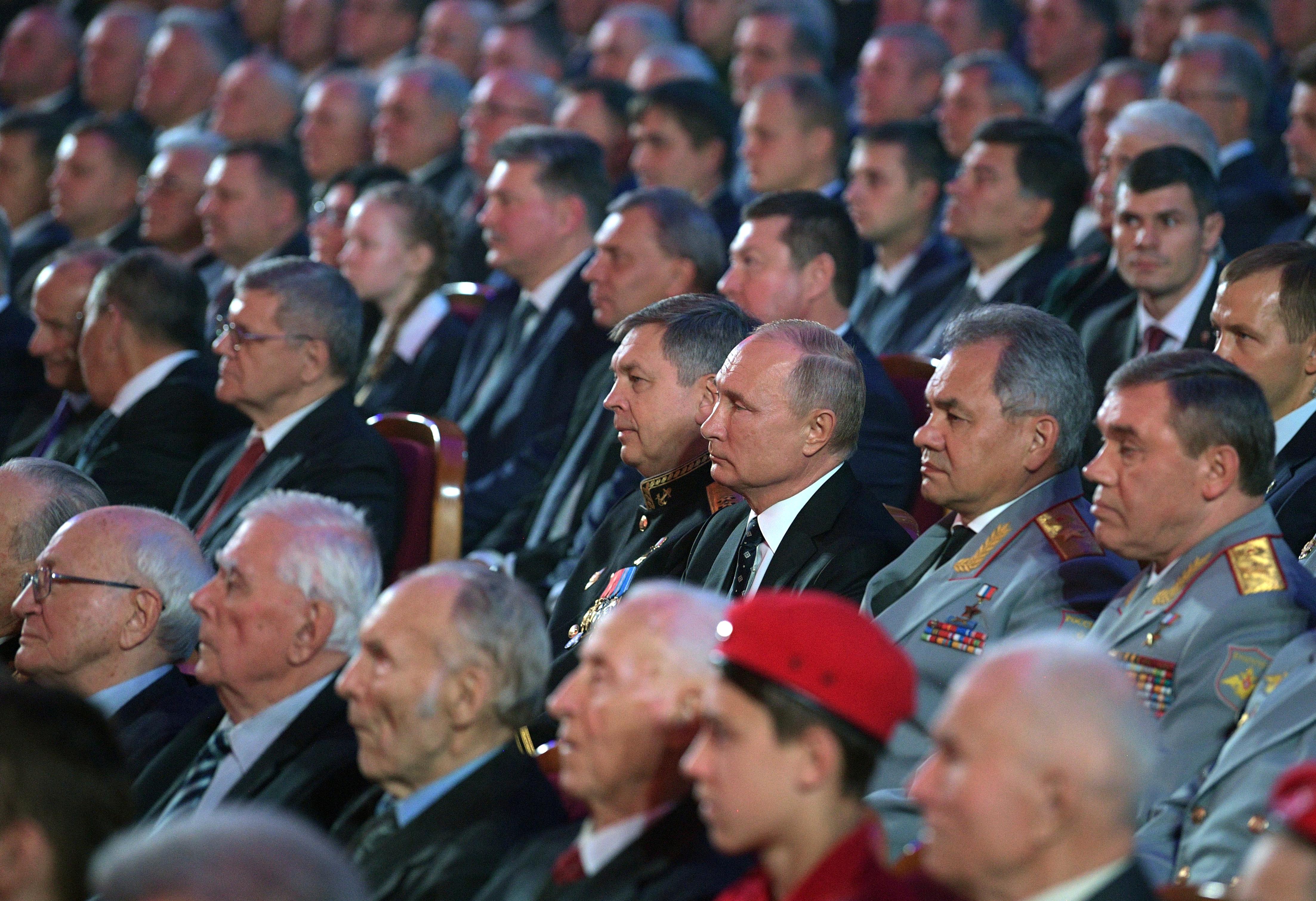 At a ceremony marking the centenary of Russia’s military intelligence agency, Putin, in comments likely to be seen as provocative in the West, saluted its operatives for carrying out daring special operations and said they provided a model for a future generation.

Russia denies all those allegations.

“As supreme commander, I of course know with no exaggeration about your unique abilities including in conducting special operations,” said Putin.

“I am confident of your professionalism, of your personal daring and decisiveness and that each of you will do all that is required by Russia and our people.”

The operatives of the agency, widely known by its old acronym of GRU, set an example for a future generation of military spies, he added, citing their readiness to sacrifice everything “for the motherland.”

Speaking at the closed ceremony at the Russian Army’s theater in Moscow which was broadcast on national television, Putin also thanked military intelligence officers for their “huge role” in liquidating militant leaders and infrastructure in Syria.

He also spoke of the need to help the agency develop and upgrade its capabilities.

The GRU has been in the spotlight since two men whom London blames for the Skripal poisoning admitted on Russian TV they had been in Salisbury on the day of the attack, but said they had only been there to see the city’s famous cathedral spire.

Putin, himself a former intelligence officer who served as director of the domestic intelligence service before ascending to the presidency, makes regular public shows of support for Russia’s spies.

In 2010, he recounted at length about how he met a ring of Russian agents who were arrested for espionage in the United States and sang patriotic songs with them after they were returned to Russia in a spy swap.

The GRU was founded as the Registration Directorate in 1918 after the Bolshevik Revolution. Soviet state founder Vladimir Lenin insisted on its independence from other secret services, which saw it as a rival.

The GRU is one of Russia’s three main intelligence agencies, alongside the domestic Federal Security Service and the SVR Foreign Intelligence Service.