RUSSIA has released test flight video showing off the fearsome new version of its supersonic Blackjack nuclear bomber — which can drop 45 tons of weapons on the West.

Vladimir Putin's fleet of Tu-160 jets — the largest and heaviest Mach 2 warplanes ever made — are being upgraded to make them even deadlier and allegedly impossible to shoot down. 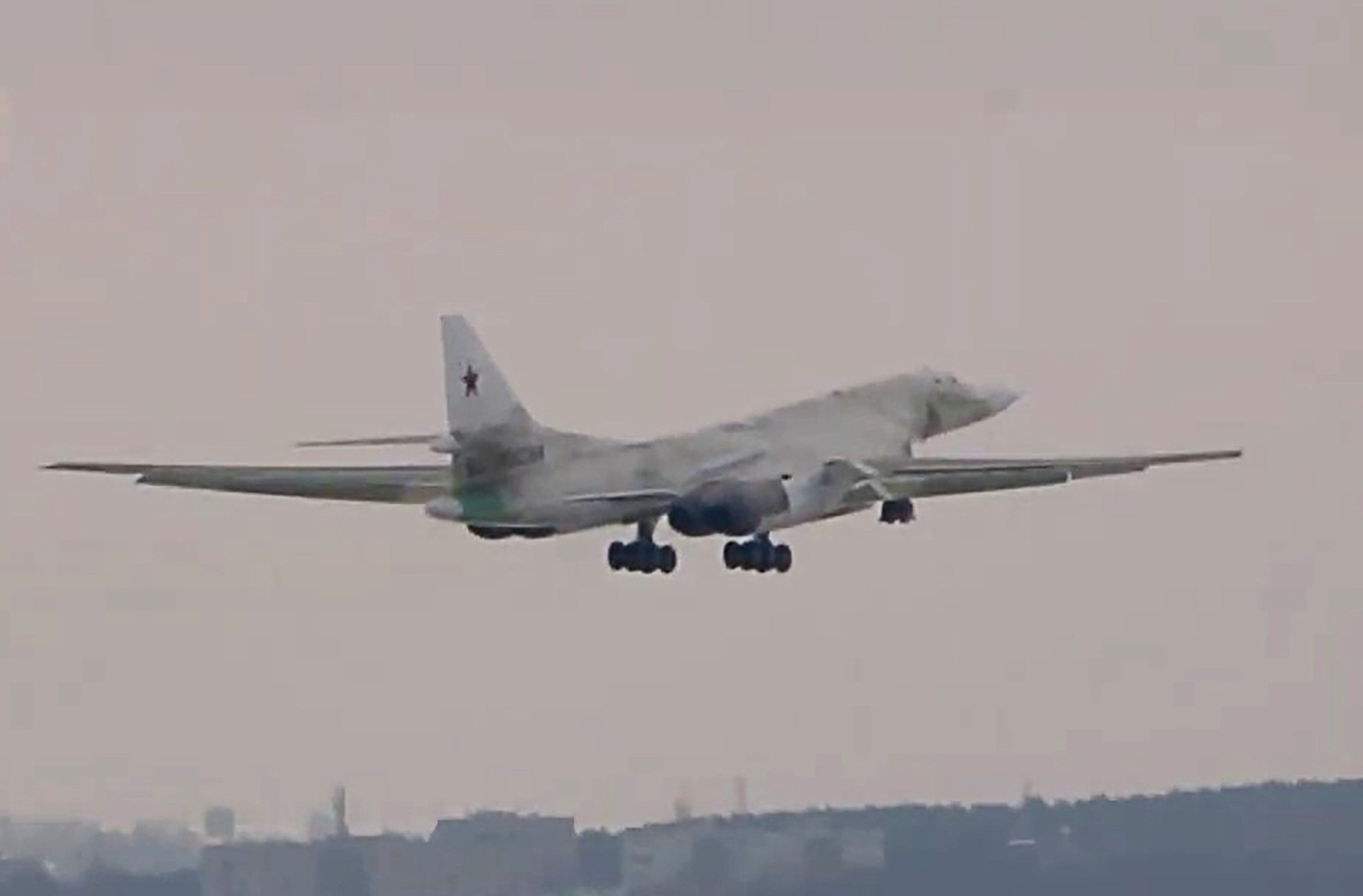 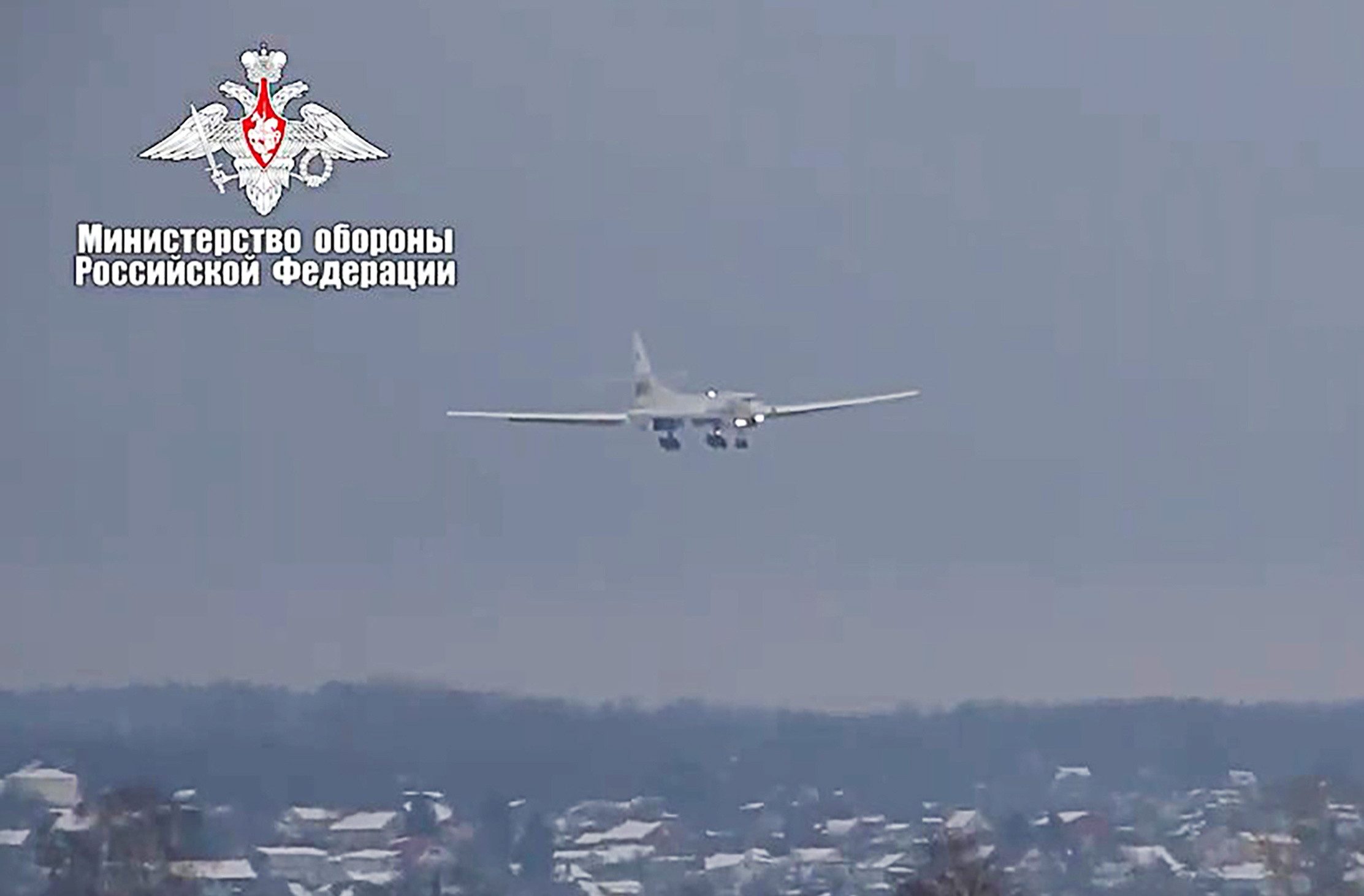 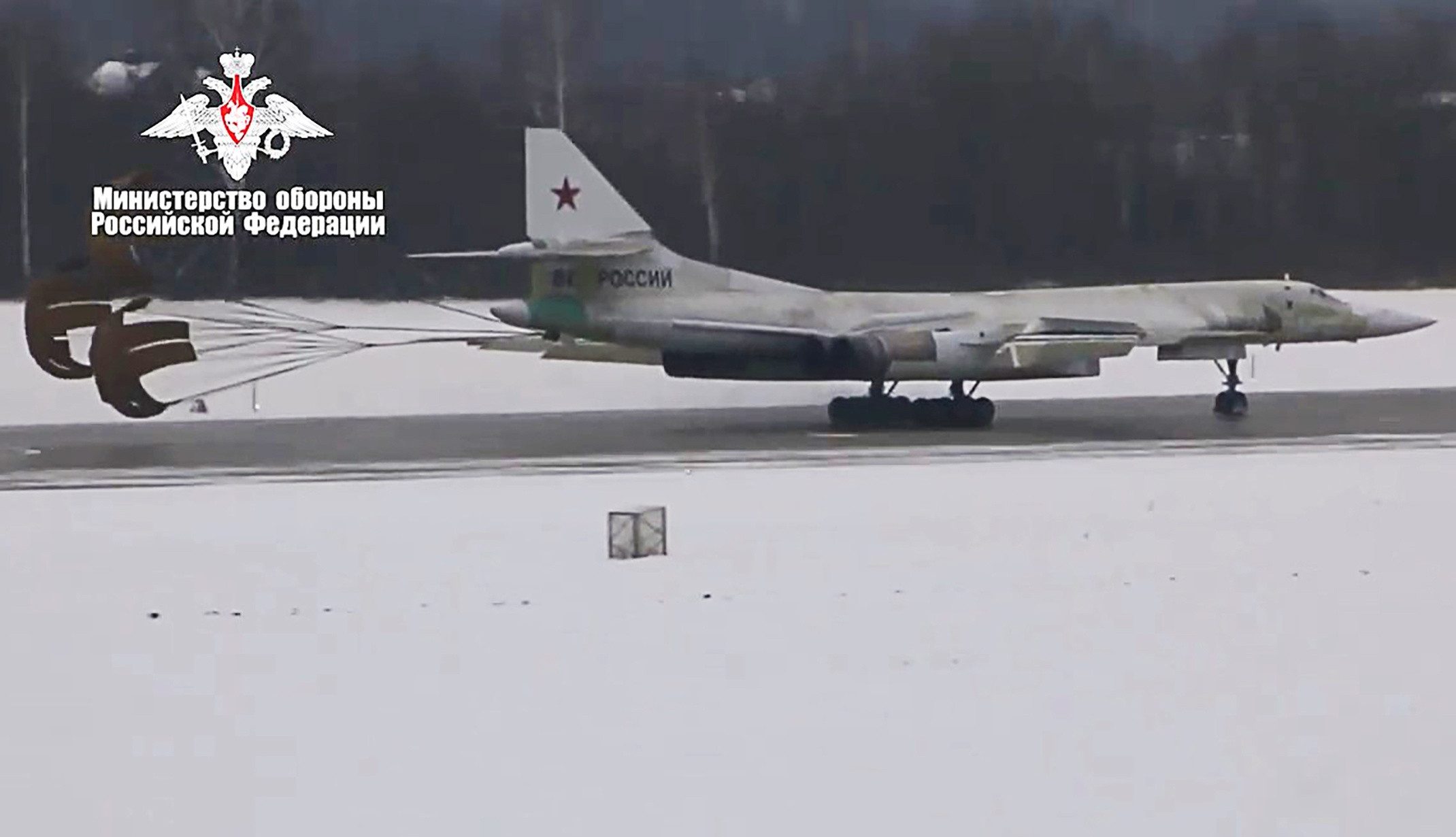 Russia's Defence Ministry released the footage of one of the first Tu-160M2 planes taking to the air at a test facility in Kazan.

The flight lasted 34 minutes, and tested the new turbofan Kuznetsov NK-32 jet engines up to a height of 4,900ft

A ministry spokesman said: “The first flight included the necessary checks of the updated system.”

It is a modernised version of the original Tu-160 White Swan — known by the Nato call sign Blackjack — a supersonic heavy strategic bomber that first entered service in 1987.

Russia claims the new M2 version will be immune from "all missiles" with vastly improved weapons systems, avionics and defensive countermeasures.

It is also claimed the jets have high-tech "low observable" stealth coatings that make them invisible to radar, although these claims are so far unproved.

They are due to enter service from next year.

And with a reported range of 7,600 miles without refuelling, they have the ability to strike anywhere in the US or Europe.

The White Swan's massive 182ft wings sweep out to give it greater lift on takeoff and landing but tuck back for a more streamlined profile at high speeds.

Its four afterburner jet engines propel the 110 ton plane to a maximum speed of Mach 2.05, more than twice the speed of sound, and to an altitude of 52,000ft.

Twin bomb bays inside can hold 45 tons of ordnance.

This would typically be twelve nuclear armed Kent cruise missiles that are launched from the air and fly themselves to the target.

Last year, Putin stoked tensions with the US by positioning a number of Tu-160M bombers — the predecessor version — in the far east of Russia near Alaska.

He also flew a pair to Venezuela in a show of support for beleaguered president Nicolas Maduro. 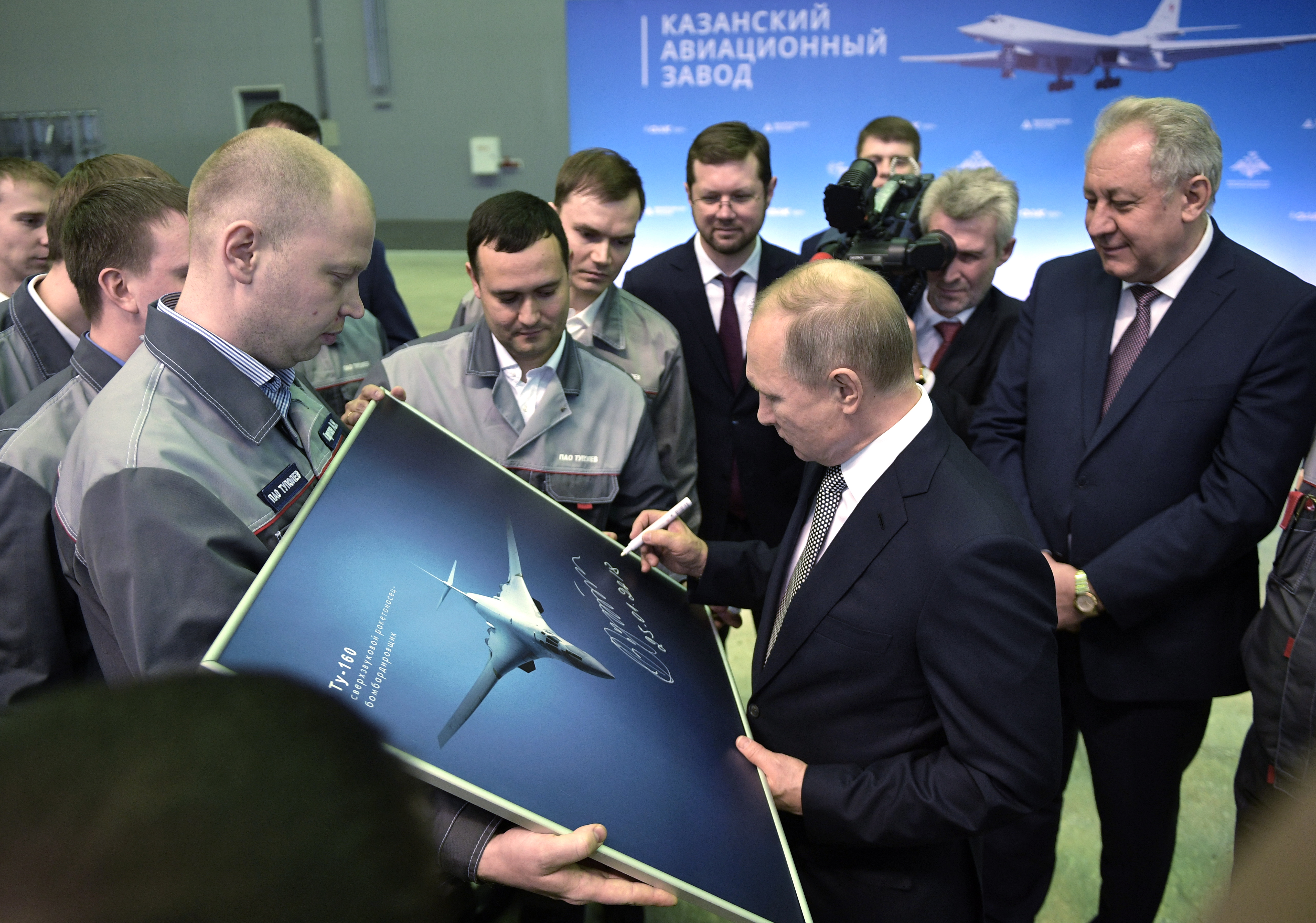 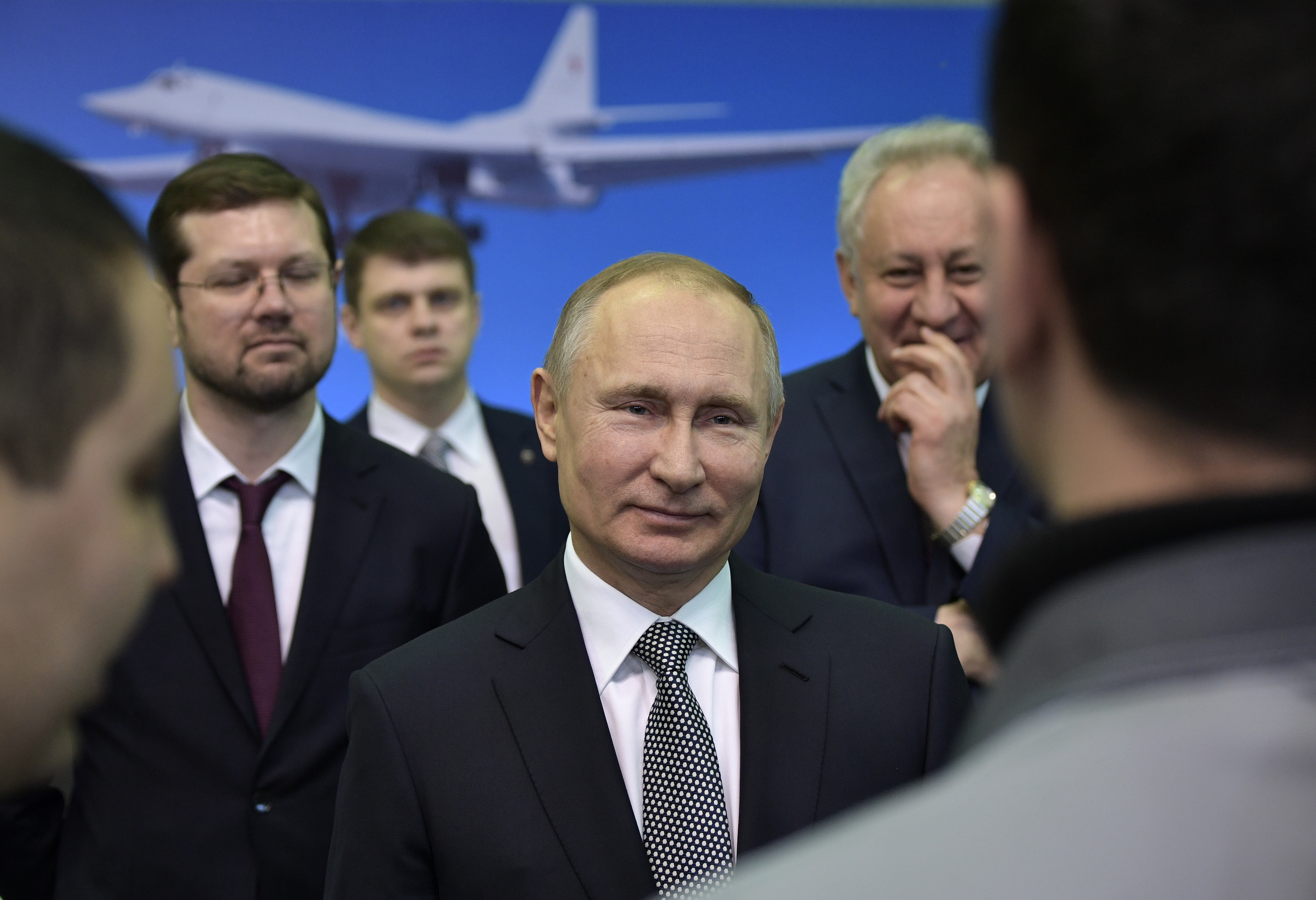 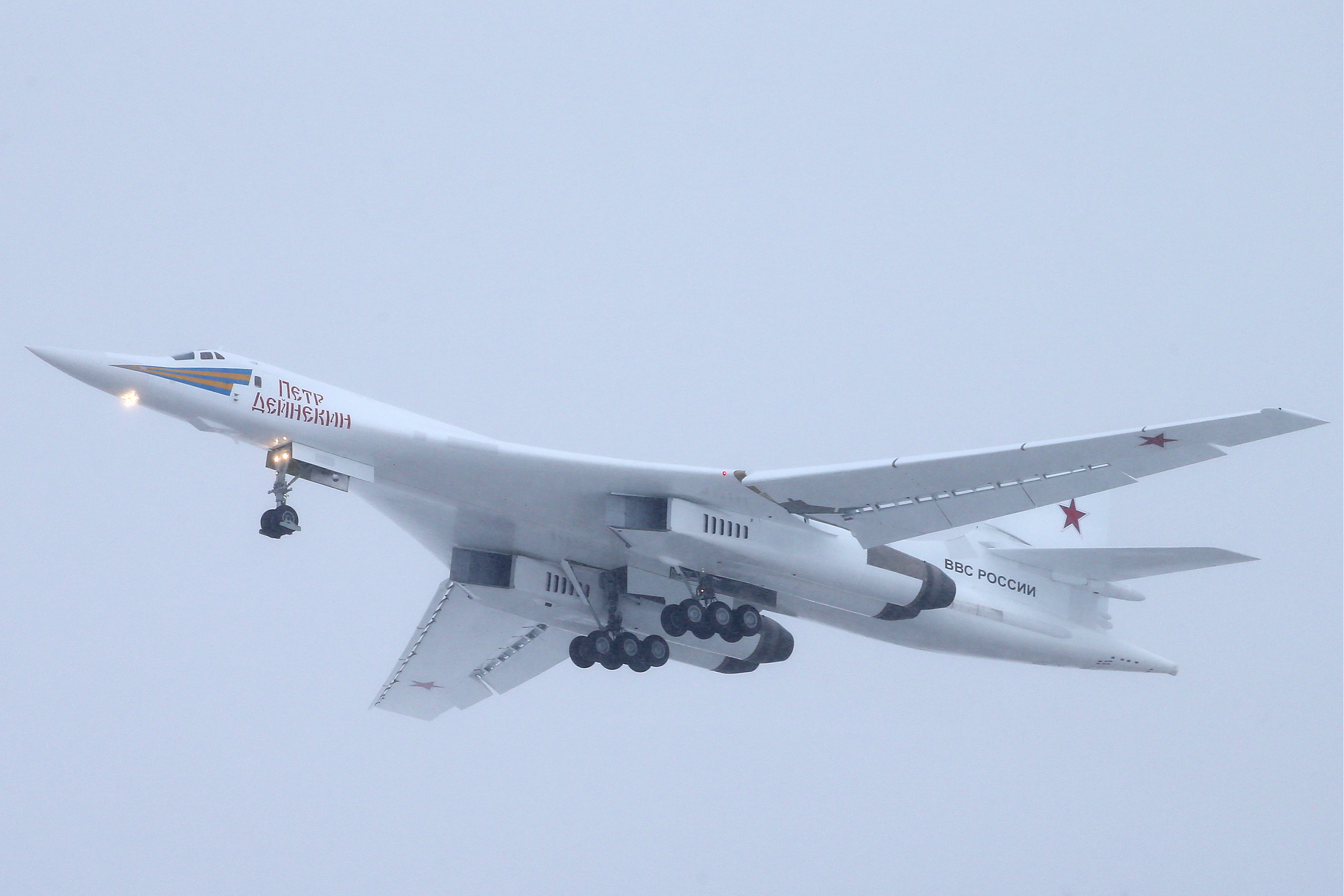