Qatar has moved on two years since blockade, analysts say Solution to Gulf crisis not in the interests of blockading states, analysts say, two years after blockade against Qatar. 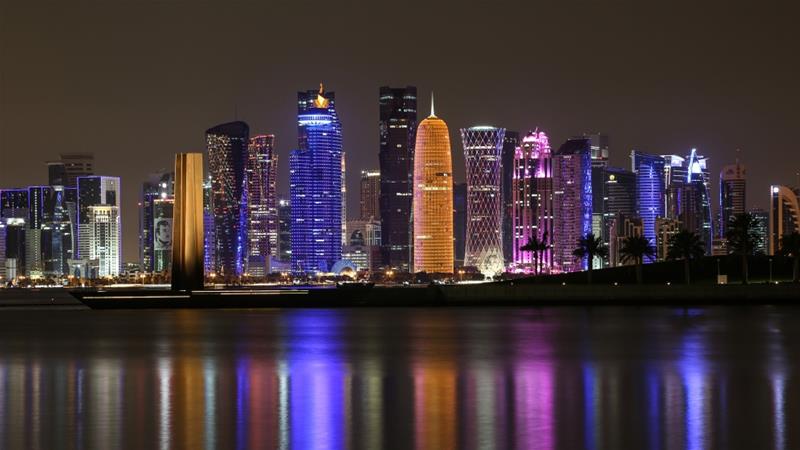 As Qatar marks the second anniversary of being blockaded by four of its regional neighbours, there seems to be little interest in reconciliation from the parties involved, analysts say.

Diplomatic and trade ties were severed by Saudi Arabia, the United Arab Emirates (UAE), Bahrain and Egypt, with the quartet accusing Qatar of violating a 2014 agreement with members of the Gulf Cooperation Council (GCC) by meddling in regional affairs and supporting terrorism.

Qatar has strenuously denied the allegations, and has viewed the blockade as an attack on its sovereignty.

Giorgio Cafiero, founder of Gulf State Analytics, told Al Jazeera that there is no reason to expect the Gulf crisis to end in the foreseeable future.

“This is mainly due to the fact that from the perspective of all parties involved in the crisis the costs of reconciliation appear higher than those of continuing to live with the GCC’s Qatar rift,” he said.

If Qatar acquiesces to the demands made of it by the quartet, Cafiero explained, then it would agree to relinquish its sovereignty “which no state could do in a dignified manner”.

“By the same token, for Saudi Arabia, the UAE, Egypt, and Bahrain to ease the blockade without Qatar changing along the lines desired by Riyadh, Abu Dhabi, and Cairo, [this] would humiliate these capitals at a time when they seek to appear tough on ‘terrorism,'” he said.

The impasse is due to the way the crisis has been drawn in the lines by the parties, which Cafiero said would make any “capitulation” by either side all the more humiliating.

“Moreover, Doha has proven capable of not only surviving but also thriving amid this blockade,” he added. “Thus it is realistic to imagine this row within the GCC lasting for a significantly longer period of time.”

The other two members of the GCC, Oman and Kuwait, have remained neutral, with the latter acting as the chief mediator between Qatar and the blockading states.

However, mediation has proven to be futile, with the Gulf crisis throwing the future of the GCC – which was initially established in 1981 to foster economic, security, cultural and social cooperation between its six members – into question.

The 2017 blockade is not the first time that Saudi Arabia, the UAE, and Bahrain sought to sever diplomatic relations with Qatar. In 2014, the same three states withdrew their ambassadors from Doha for nine months, accusing it of forging its own separate regional and foreign policy.

Kristian Coates Ulrichsen, Fellow for the Middle East Rice University’s Baker Institute, said it would be difficult to see how trust between Qatar and the three Gulf states from the quartet could be rebuilt.

“The GCC, which could have played a role as an arbiter for the dispute and the venue for mediation, has been almost silent on the issue, and seemingly unable to prevent three of its members from turning on a fourth,” Ulrichsen told Al Jazeera.

Cafiero said that while the GCC is dormant, it remains premature to conclude the institution is truly dead.

“It is possible that many years down the road, likely after different leaders are in power and regional circumstances are different, the GCC could restore its institutional relevance to global affairs,” he said.

Yet the current crisis will play out in the minds of many GCC nationals for a long time, especially younger Qataris.

“The memories of this blockade will last for many decades,” Cafiero said, adding that the impression Qatari citizens will have of the leaders in Riyadh, Abu Dhabi and Manama will be heavily influenced by being blockaded by Doha’s immediate neighbours.

“Even if the siege were to be lifted, the odds are good that Qatar would avoid become dependent again on Saudi Arabia for its food security,” he went on, “due to the fact that Qataris saw how such a reliance on the Qatari-Saudi border for food imports [could be] a major vulnerability.”

Qatar, which used to rely on 90 percent of its food imports, has acted on various levels to counter the blockade. Domestically, various sustainable schemes such as the first dairy and meat producing farm were introduced, and trade relations were stepped up with Turkey and Iran.

“The remarkable aspect of the blockade was how quickly Qatari officials were able to react to the situation and arrange alternative trading routes,” Ulrichsen said.

Despite the increase in locally produced food, which has hit expatriate workers most, these new routes – along with the opening of the new Hamad port – have “strengthened domestic food resilience, an outcome not anticipated by the blockading states in June 2017,” he said.

Furthermore, a new report by the International Monetary Fund (IMF) pointed to the improvement of Qatar’s economic performance in 2018.

“Qatar’s economy has successfully absorbed the shocks from the 2014-16 drop in hydrocarbon prices and the 2017 diplomatic rift,” the IMF said on Monday.

While many expected that the recent high-ranking attendance of Qatar at the three emergency summits hosted by Saudi Arabia at the end of May was a sign of improved relations between Doha and the other Gulf states, it was not enough to change the fundamentals of the Gulf dispute, which according to Cafiero required more than just photo opportunities to resolve.

Qatar sent its Prime Minister Sheikh Abdullah bin Nasser Al Thani to attend the summits in Mecca, which were called after attacks on oil assets, including two Saudi oil tankers off the UAE coast.

Ulrichsen said that the Qatari decision to send the highest-ranking official so far to Saudi Arabia since the 2017 rift erupted was consciously made by the Qatari leadership.

It was a message that the blockade “will not prevent Qatar from participating in region-wide meetings and events than any sign of warming between Riyadh and Doha,” he said.

In the aftermath of the summits, Qatari Foreign Minister Mohammed bin Abdulrahman Al Thani said that there were resulting “no concrete steps”, and questioned the unity called for by the other countries amid the ongoing blockade.

“What we found out is just communiqués and they weren’t agreed on (by everyone),” he said, referring to the final statement which condemned Iran as being behind the oil attacks.

“The ‘reservations’ over the summits’ declarations against Iran that Doha’s chief diplomat recently expressed underscore how Qatar views the region on extremely different terms than the blockading states do,” Cafiero said.

“Frankly, Qatar moved on and does not view Saudi Arabia as a country that should be a leader in the region.”