QUENTIN LETTS: Lammy bawled like he was on Jeremy Kyle over Windrush

QUENTIN LETTS: Old Lammy bawled like he was on Jeremy Kyle as he blew his top over unacceptable delays to the Windrush compensation scheme

The Labour MP for Tottenham yesterday flew into a bate – impressive in its volume and vehemence, at least – when he questioned Home Secretary Sajid Javid about delays to the Windrush compensation scheme.

Mr Lammy blew his top. He shouted. He waved his arms in the air. He blew the air in a long, hot stream from the bottom of his lower lip towards the Chamber’s ceiling.

If there had been a train’s whistle on the other end of that whooshing blast of crossness, it would have made a sound like the Flying Scotsman. 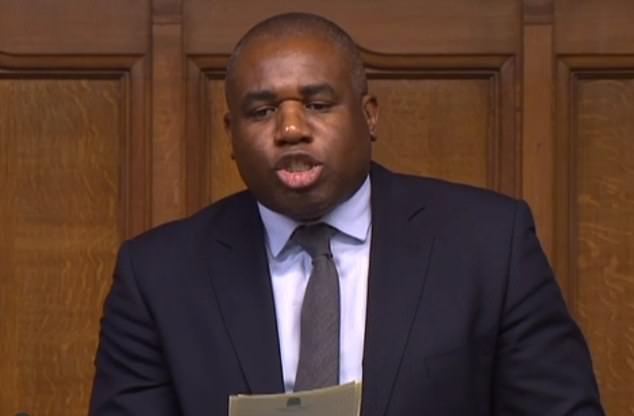 Labour MP Sajid Javid: He ‘flew into a bate – impressive in its volume and vehemence, at least’ 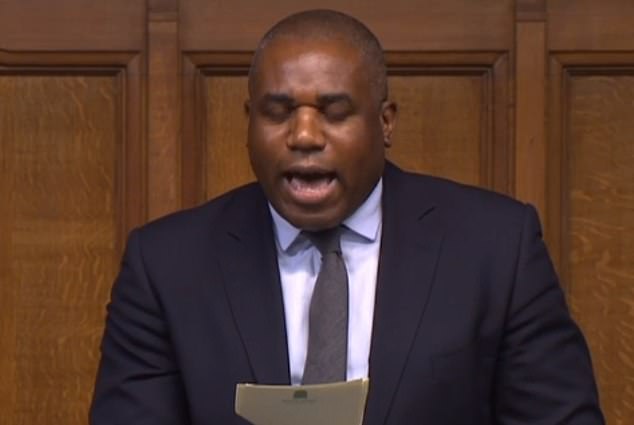 Mr Lammy addressing the Home Secretary: He ‘could have been one of those people bawling at one another on daytime television’s Jeremy Kyle Show’

Such fury, such dissing agitation: dear old Lammy – once a cathedral choirboy – could have been one of those people bawling at one another on daytime television’s Jeremy Kyle Show.

But his prolonged, theatrical harrumph was weakened by his inability to master a basic rule of parliamentary debate, as I will seek to explain presently.

Windrush was that controversy last year when long-resident British Caribbeans were deported and detained in error.

That was ten months ago and the Government said it was going to offer compensation to people whose lives had been made a misery by bureaucratic bungling. Guess what: not a penny of compensation has yet been paid.

This may come as not the most enormous surprise to anyone who has had dealings with the Whitehall machine. It takes officialdom weeks even to lick a stamp.

Politically, however, it is pretty stupid of the system to take so long, in part because some of the victims are old (some have died before their compensation was agreed), in part because this is such a touchy area.

Mr Lammy, who has made much of the parliamentary running on Windrush, had an urgent question to Mr Javid.

He lowered his horn and charged, Javid side-stepped, and Mr Lammy as good as went charging through the brick wall, out on to the riverbank and, splosh, landed in the Thames, so totally did he overdo his rhetoric.

The convention in Parliament is that one does not call another Member ‘you’. The vocative case is to be used only when talking to the Speaker. 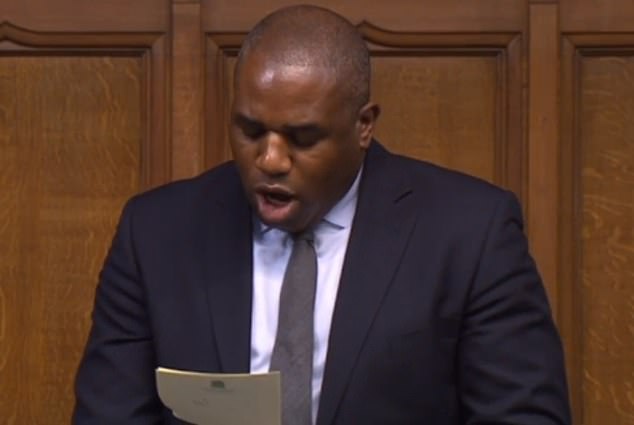 Dim or dogged: Lammy shouted and waved his arms as he ripped into Mr Javid in the Commons

There is a good reason for this rule. It makes the House a less antsy place. It reduces the personal aggro.

Speaker Bercow used to insist on it. Recently, as his power over MPs has dwindled, he has stopped trying.

Some MPs have taken advantage of this to attack ministers in the second person singular.

Tories Mark Francois and Peter Bone, the DUP’s Jim Shannon and the SNP’s Ian Blackford, among others, are serial offenders at this.

Some of the thicker MPs find it a difficult discipline not to say ‘you’. Others do it because it sounds sharper on the evening news bulletins.

Yesterday Mr Lammy kept saying ‘you, you, you’, pointing at Mr Javid and working himself into a lather.

Administrative failures were, he said, ‘a shocking indictment of your Government’s pandering to far-Right racism’. He repeated that racism line.

After the fourth or fifth ‘you’, Mr Bercow mildly asked Mr Lammy to use the third person.

That worked for a few lines but then he was at it again, ‘Why are you deporting people?’ and so on. The House stopped taking Mr Lammy seriously. 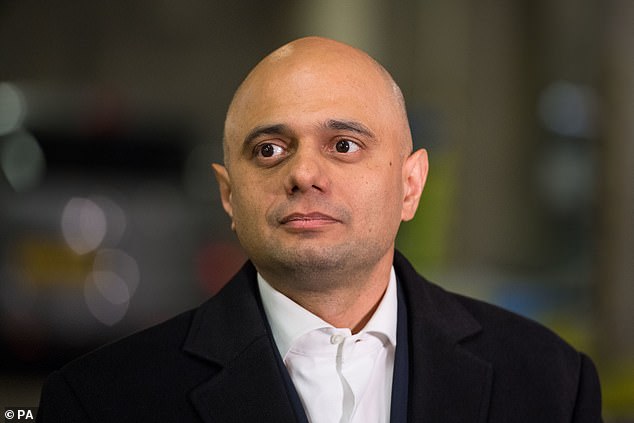 For the record, Mr Javid said the only people he was deporting were foreign nationals, mainly convicts.

And he was doing so under a law passed in 2007 by a Labour government. That just set off more sedentary expostulation from the Lammy corner.

Total ants in his pants. He was almost punching his chest.

Meanwhile, further evidence of the high intellectualism of today’s Commons.

Labour frontbencher Afzal Khan used the word ‘illegible’ where he meant to say ‘eligible’. And he’s a solicitor.