‘Blimey. Some pain that!’: BBC Radio 5 Live host Nicky Campbell tweets hospital selfie after he was rushed in with ‘kidney stone attack’ overnight

Radio presenter Nicky Campbell was rushed to hospital late last night after being diagnosed with a painful kidney stone.

The BBC Radio 5 Live presenter, 57, tweeted in the early hours of this morning to say he had suffered a ‘kidney stone attack’.

He praised the ‘compassionate professionals’ at Salford Royal Hospital for their ‘amazing care’ and posted a picture of himself in bed. 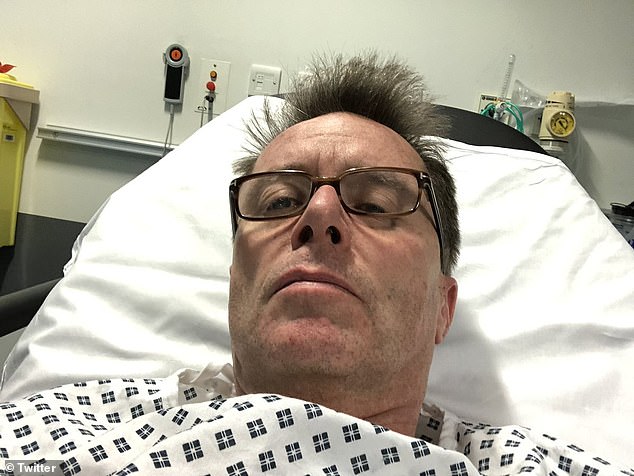 The BBC Radio 5 Live presenter, 57, tweeted in the early hours of this morning to say he had suffered a ‘kidney stone attack’

What are kidney stones?

Kidney stones can develop in one or both kidneys and most often affect people aged 30 to 60.

The waste products in the blood can occasionally form crystals that collect inside the kidneys.

Over time, the crystals may build up to form a hard stone-like lump.

This is more likely to happen if you don’t drink enough fluids, if you’re taking some types of medication, or if you have a medical condition that raises the levels of certain substances in your urine.

They can be extremely painful to pass.

Kidney stones are extremely painful but can be be common in men aged between 30 and 60.

The radio host’s tweet was posted around 4.30am – an hour and a half before he was due to go on the air.

His usual breakfast show slot – from 6 to 9am – was covered by Rachel Burden and Chris Warbuton.

It is not clear when Campbell, who is also known for hosting The Big Questions, Wheel of Fortune and Watchdog, will return to work.

Campbell tweeted: ‘Good morning from Salford Royal Hospital where I was rushed last night after a kidney stone attack.

‘Blimey. Some pain that! Amazing care from compassionate profesionals and – a new BBC publicity photograph.’ 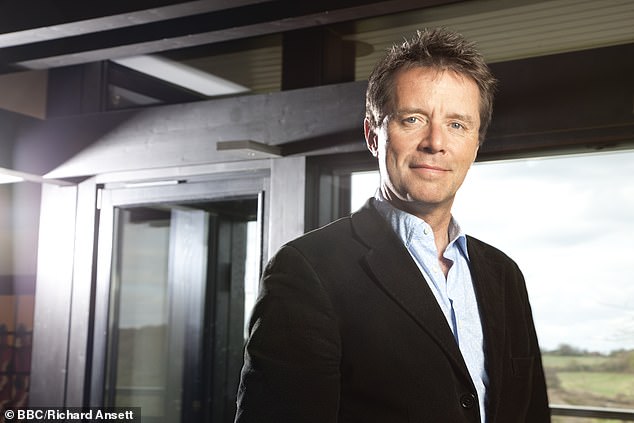 It is not clear when Campbell (pictured) who is also known for hosting The Big Questions, Wheel of Fortune and Watchdog, will return to work