At the start of the clip, filmed in Jalandhar in northern India this afternoon, forest officials can be seen trying to catch the beast as it pounces on terrified onlookers. 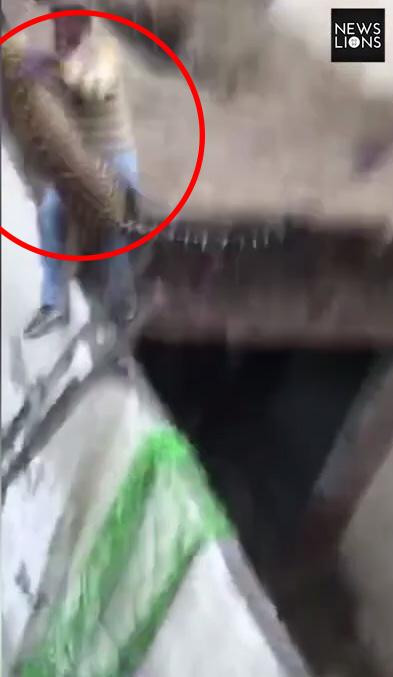 The agile big cat jumps from one man to another in a bid to escape the clutches of the rescuers.

However, none of the victims, which included a forest guard, suffered serious injuries.

Rescue officials arrived after locals raised an alarm on seeing the apex predator hiding inside a house.

After authorities tried to tranquillise the big cat, it suddenly jumped over a wall and began tearing around the village.

In the video, dozens of people are seen running away from the dangerous animal.

The leopard can be seen pouncing on a man and trying to maul him using its mouth and paws before releasing him and taking down another horrified local.

The forest officials tried and failed twice to stop the carnage using a tranquillizer gun.

The operation is still going on and another expert team is expected to arrive from nearby Chandigarh to aid the rescuers.

According to local reports, the scared beast is hiding inside another house. 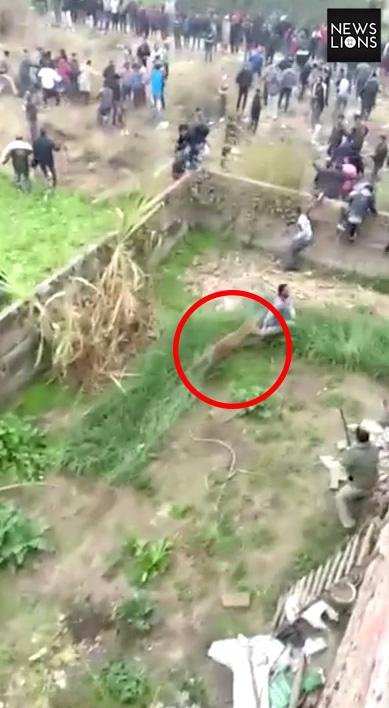 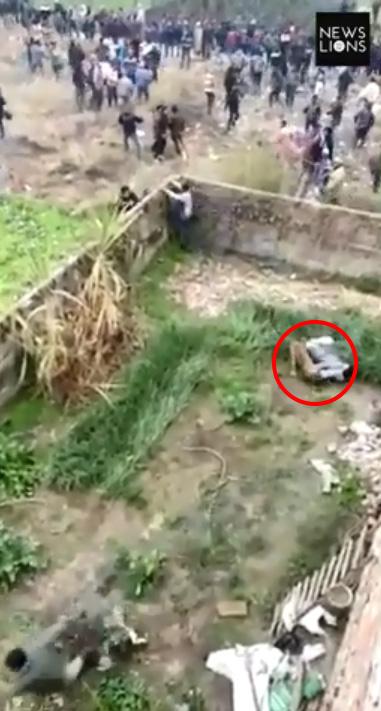