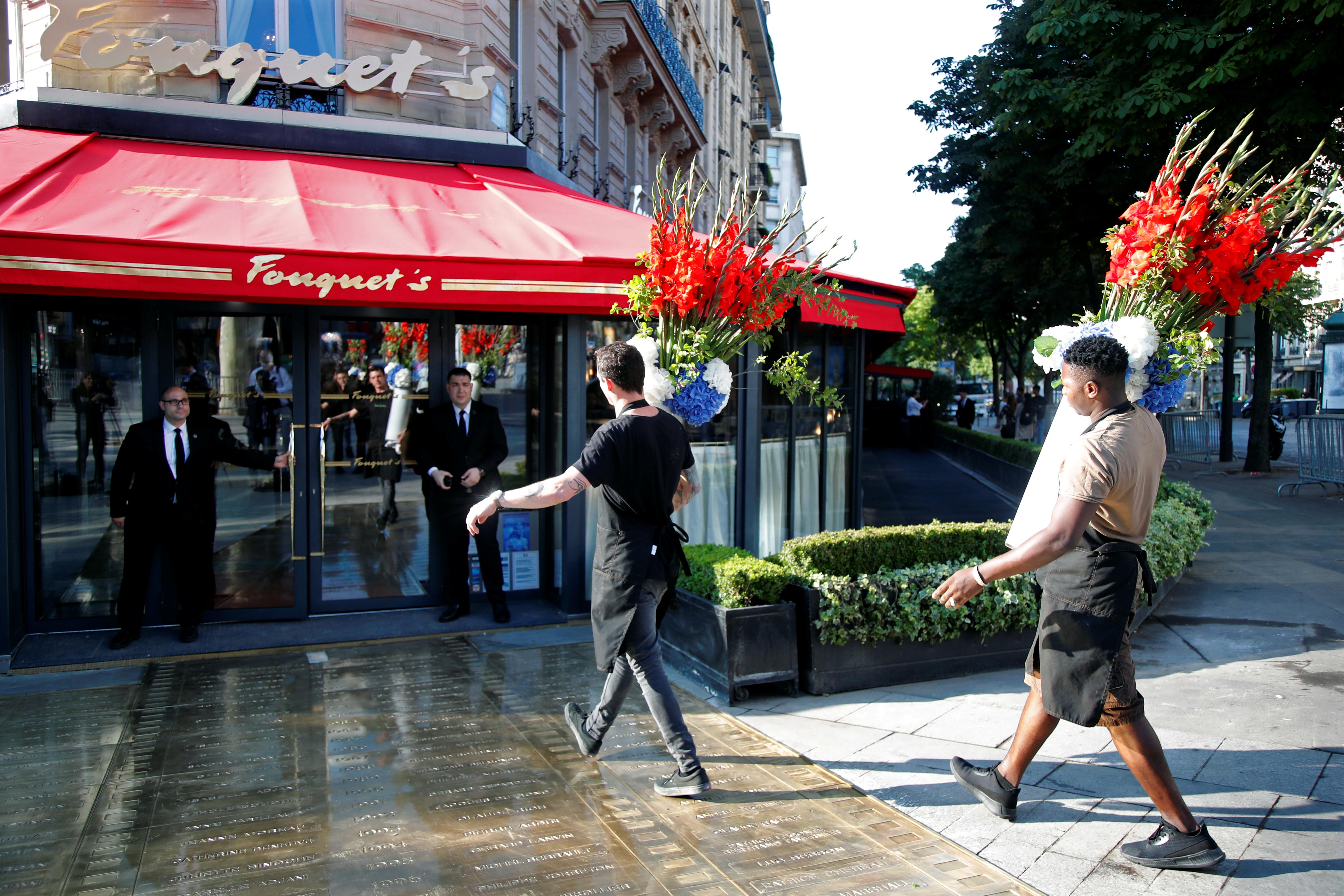 PARIS (Reuters) – France’s famed Le Fouquet’s brasserie on the Champs Elysees avenue reopened on Saturday, four months after the chic eatery was ransacked by rioters during a yellow vest protest that turned violent with several shops on the avenue destroyed.

On March 16 protesters torched the restaurant’s famous red awning and trashed the interior, during one of a series of demonstrations against President Emmanuel Macron’s economic policies and a government seen as out of touch.

The gourmet restaurant, founded in 1899, is famous in France as the venue for a glitzy dinner celebrating former President Nicolas Sarkozy’s 2007 election victory – an event widely criticized at the time. It also hosts the annual gala dinner following the Cesar cinema awards.

The restoration work has reproduced the plush red and black interior exactly as it was. General manager Geraldine Dobey declined to comment on the cost.

“I think because we’re so renowned, beyond the borders of France, internationally, because we’re part of Parisian life, I think that explains why the damage had such an impact,” she told journalists.

The number of yellow vest protesters, named for the motorists’ high-visibility jackets they wear, has dwindled to a few hundreds over the past weeks from a high of around 300,000 nationwide in November.

Le Fouquet’s will be open to customers on Sunday, coinciding with France’s Bastille Day military parade which passes in front of its doors. Yellow vest protesters have said they will attend.