THE execution of a rapist who killed a teenager and bludgeoned an 80-year-old with polio has been halted.

Wesley Ira Purkey, 68 was due to be put to death at an Indiana penitentiary on Wednesday but a judge stopped it, citing his state of mind. 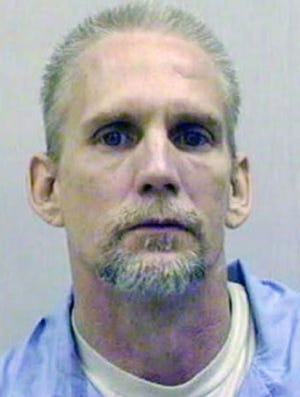 Purkey would have been the second federal execution there in 17 years before it was stalled.

His lawyers reportedly argued that due to his advancing Alzheimer’s disease, schizophrenia, and delusions, he wouldn't understand the punishment.

The Kansas-born criminal was granted a preliminary injunction by District Court Judge Tanya Chutkan, which delays his death.

In her ruling, Chutkan said “at least one of plaintiffs’ claims has a likelihood of success on the merits, and that absent a preliminary injunction, plaintiffs will suffer irreparable harm."

But the Department of Justice has appealed Chutkan's order in Terre Haute, according to The Indy Star.

Purkey has been on death row for nearly 20 years after he was convicted of the vicious rape and murder of a 16-year-old girl in Missouri on November 3, 2003.

After sexually assaulting her, the rapist then dismembered, burned, and dumped her remains in a septic pond.

Purkey also convicted of using a claw hammer to batter a woman, 80, who had polio and had to use a cane to get around in a state court case.

A Missouri jury found him guilty of kidnapping a child and causing her death.

Purkey was sentenced to death.

The news comes after Attorney General William Barr directed the Federal Bureau of Prisons (BOP) to schedule the executions of four federal death-row inmates in June.

These men – including Purkey – were convicted of murdering children and in two cases, raping them.

White supremacist Daniel Lewis Lee was executed on Tuesday and Dustin Lee Honken, who shot and killed five people, is due to be executed on Friday.

Keith Dwayne Nelson who kidnapped a girl, 10, who was rollerblading in front of her home before raping and strangling her, will be executed on August 28.