Victoria’s regional cities say they would be delighted to help host the Commonwealth Games if it came to the state in 2026, but business leaders say the financial case for the Games has yet to be made.

Melbourne hosted the Games in 2006 but the Commonwealth Games Federation has approached the state government about a return to Victoria because no other city in the more than 50-nation-strong Commonwealth is willing to bid. 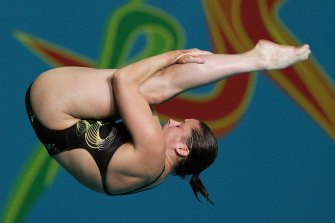 A Commonwealth Games Australia spokesman said the organisation was having discussions with a number of states but would not confirm whether that included Victoria.

“We’re keen to host it for a number of reasons, but mainly because we’re good at it in Australia,” he said. “It’s great for our athletes and our sports.”

Any Victorian plan to host the Games would probably involve a significant number of events in the regions, which say they have much of the international-standard sports infrastructure required. Commonwealth Games Australia said it was keen to consider ways of staging sports outside Melbourne.

Premier Daniel Andrews did not confirm on Wednesday whether his government was seeking to host the 2026 Games, but seemed positive about the idea. “There’s always a hunger for having big major events in our state because they underpin jobs,” he said. 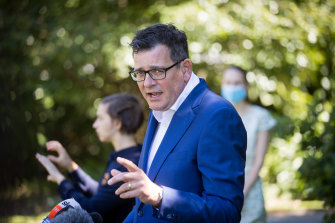 Shepparton mayor Kim O’Keeffe said regional cities could “play a very successful role in this model”. Her council previously led a push in 2017 to stage the Commonwealth Games in 2030 across regional Victoria.

Cr O’Keeffe said regional cities already attracted international sports events, including beach volleyball and BMX in Shepparton, but there would need to be some additional investment.

Committee for Melbourne chief executive Martine Letts welcomed the regional aspect to the proposal, but cautioned the costs would need to be considered carefully.

“We’d need a business case to be done quickly,” she said. 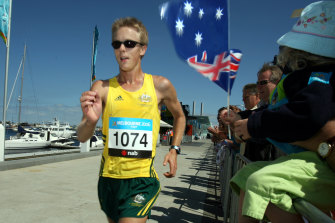 Jared Tallent competes in the walking at the 2006 Melbourne Commonwealth Games. Credit:Louie Douvis

However, she said the Games were “an exciting opportunity that’s well worthwhile exploring”, and could deliver benefits for Melbourne’s reputation.

“Anything like this that helps to rebalance the capability of those locations to grow would be very welcome,” he said.

City of Greater Bendigo chief executive Craig Niemann said Victoria could be ready to put on the event in four years, but regional councils could not bear the cost alone.

“We’re certainly supportive of it, but it’s reliant on government and Commonwealth Games Australia support,” he said.

Wangaratta mayor Dean Rees said he was “100 per cent” keen to help host.

“It’s a great thing to show the rest of the world how great country Victoria is,” Mr Rees said.

The town’s basketball stadium is undergoing redevelopment, and the area – which boasts the King Valley wine region as a major attraction – was well-suited to road cycling, Mr Rees said.

“It’s like a little bit of French countryside,” he said.

“The economic benefits of hosting the Games are enormous and Geelong is ready to play a key role in delivering it if the government proceeds with a bid,” he said.

Opposition Leader Matthew Guy supported a prospective bid for the Games, which he said would bring a sense of positivity to the state after difficult years during the pandemic.

“Why wouldn’t we?” he said. “Anything that gives a bit of verve, a bit of excitement back to Victoria.

“I think it should involve more than just Melbourne. It should be in cities outside of Melbourne, right across the regional centres of Victoria.”

Warrnambool mayor Richard Ziegeler said he was “always open to discussion”. “But certainly the cachet that’s associated with the Commonwealth Games would be something that we’d welcome discussion about it,” he said.

Latrobe City Council too were keen, with mayor Kellie O’Callaghan saying they would “jump at the chance”.