Residents living in a Grade II-listed building are up in arms after being told they need an eviction notice to remove homeless people who’ve pitched up a tent in their front garden.

Two homeless people and a dog have been living on a patch of grass at the entrance to Beach House in Worthing, West Sussex, since March.

Neighbour Robin Biggs claims they’ve squashed a flowerbed that had been recently renovated at a cost of £100 to the building’s tenants. 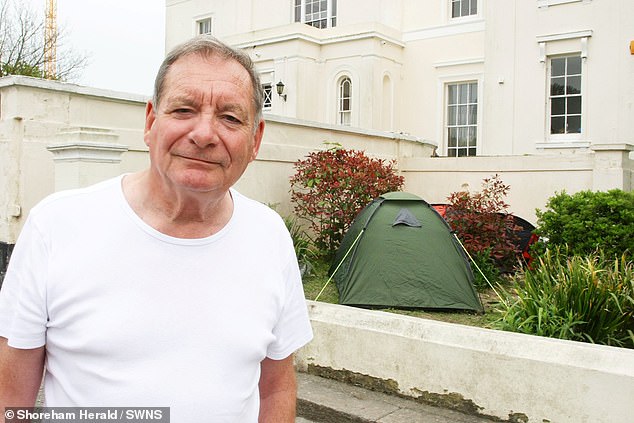 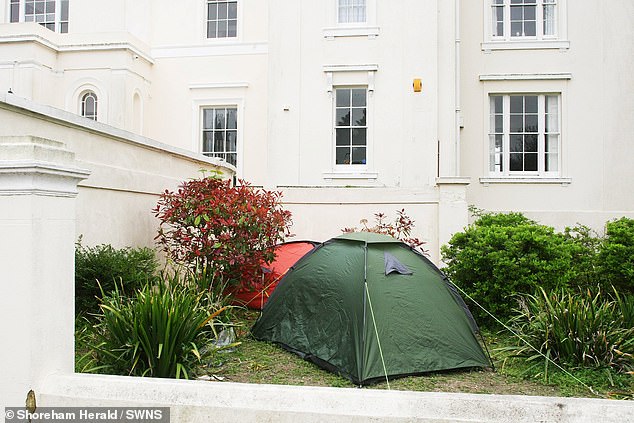 Two homeless people and a dog pitched up outside Beach House in Worthing, West Sussex, in March and have been living there since

But council officials say neighbours have to serve an eviction notice on the squatters to get rid of them.

Mr Biggs said: ‘I was absolutely devastated. I thought my wife was joking when she told me.’

‘All we were doing was trying to make it look beautiful to anyone in the car park or on Brighton Road. Is that a crime?

‘I want the tents removed before there are more, and the land tidied up again. I would also suggest some sort of railing with a gate around the area so it can stop them coming in.

‘They just dump their rubbish everywhere. They are just not tidy.’ 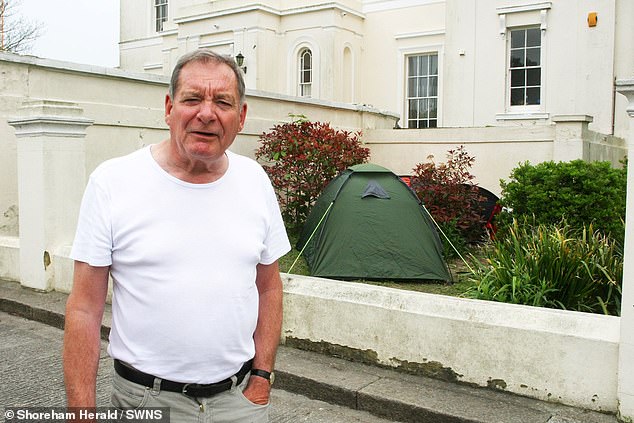 Mr Biggs said: ‘All we were doing was trying to make it look beautiful to anyone in the car park or on Brighton Road. Is that a crime?’

Originally known as Marino Mansion, the stately home has a history of hosting glamorous visitors including royalty but has since been divided into flats.

Worthing Borough Council said: ‘The council is aware of the tents on Beach House Grounds and, following a visit from a welfare team, is progressing with a notice to evict.’

Beach House, which has three acres of grounds surrounding it, was designed by local architect John Rebecca and built in the mid-nineteenth century.

Conservative MP for New Shoreham Sir Robert Loder later bought the property and lived there until his death in 1888 – leaving the mansion to his son Sir Edmund. 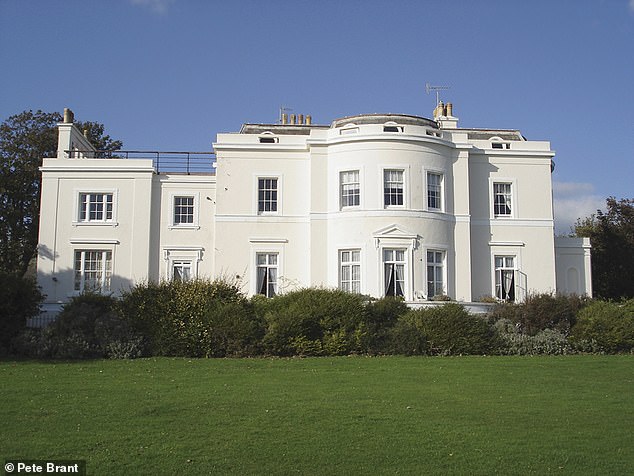 Originally known as Marino Mansion, the property was built in 1820 for the Chief Magistrate of Bow Street Magistrates’ Court in east London, Sir Frederick Adair Roe

King Edward VII stayed at the house several times between 1907 and 1910 to visit Sir Edmund before the villa was sold again in 1917 to playwright Edward Knoblock.

It was bought by Worthing Borough Council in December 1927 and has a playground, two tennis courts and a car park. Beach House Park, found opposite, is one of the world’s best-known venues for bowls.

In 1936 Beach House was used to house children evacuated from their homes in Guernica, situated in the Basque province of Biscay, during the Spanish Civil war.

And during the Second World War, Beach House was used by the Air Training Corps.