A RESTAURANT managed to shame four "gobs***s" who ran out on their bill into paying up – seeing them return with the cash in full and an apology note.

The men were warned they would be exposed on Facebook after leaving the Churrasco Grill in Liverpool without paying their £67 bill. 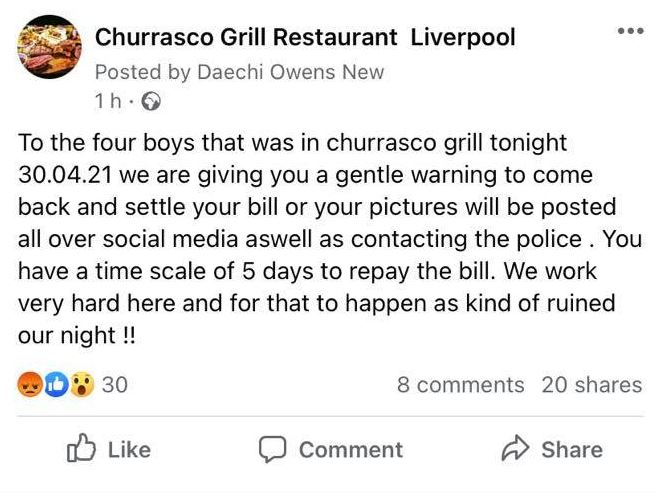 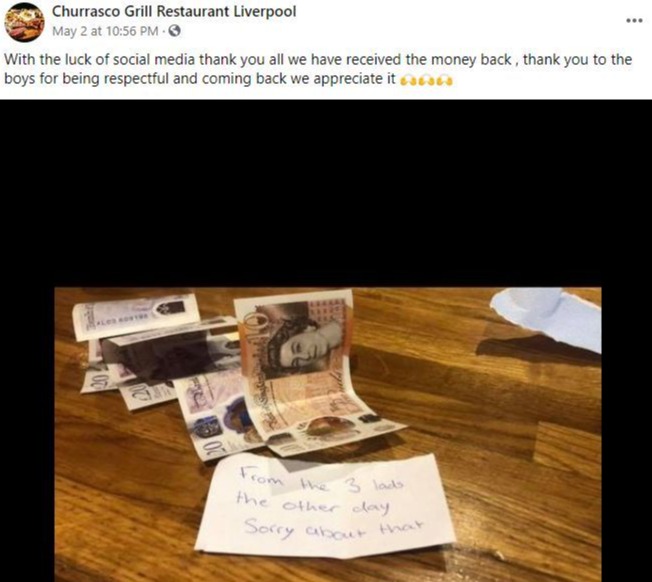 Managers at the popular grill in West Derby Village put up a post on the Churrasco Grill’s Facebook page, revealing that a table of four men had left without paying last week, Liverpool Echo reports.

They warned they would call the police if they didn't pay up – giving them five days to come up with the cash.

The managers also said they had CCTV footage of the men and would use it to identify them on Facebook if they didn't settle the bill.

The post, which has been shared hundreds of times on Facebook, read: “To the four boys that was in churrasco grill tonight 30.4.2021 we are giving you a gentle warning to come back and settle your bill or your pictures will be posted all over social media as well as contacting the police.

"You have a time scale of five days to repay the bill. We work very hard here and for that to happen as kind of ruined our night!”

Fellow customers were left outraged, with one commenting: "This is horrible, please go back and pay for your food." 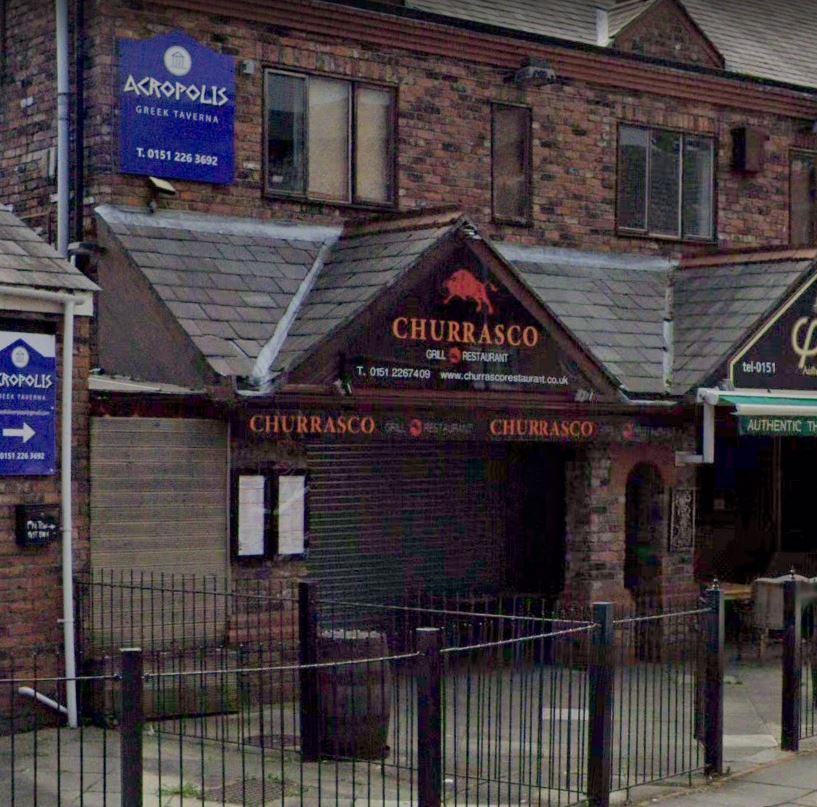 Another angry regular wrote: "Gobsh***s just trying to earn a living and that’s the respect you get for your hard work."

It wasn't long before one of the red-faced lads returned to the restaurant, leaving a note of apology and a £7 tip three days later.

Confirming they had paid up, the restaurant posted a picture of the money along with a note which read: “From the 3 lads the other day – sorry about that.”

And Churrasco responded by saying: “With the luck of social media thank you all we have received the money back, thank you to the boys for being respectful and coming back, we appreciate it.”

A restaurant manager added: “We wanted to give them the chance – to say we don’t want to contact the police, we know times are hard and everyone is struggling.

“If it was a situation where they were struggling, they could have come to us and told us.

“We’ve had customers in the past who have said ‘we haven’t had enough money in the bank, and we didn’t know it was going to come to that much, can we come back and pay tomorrow?’ and we’ve done that.

“We just wanted to make a good gesture from us to them but obviously we don’t want us to lose out as well. They came back with the money after three days and they even left a £7 tip.

They added: “When it happened, I just said to one of the other managers 'why don’t we put a post on Facebook like this?' We had them on CCTV but revealing them was the last thing we wanted to do. We just wanted to give them a chance and they came back.

“We’re happy that they’ve come back and rectified the situation, and we would be happy to have them come back in again.

“We’re just made up that they came back and paid, and we appreciate it. We want them to know and say thank you because we didn’t want to post them on social media. That was the last thing in the world we wanted to do.”