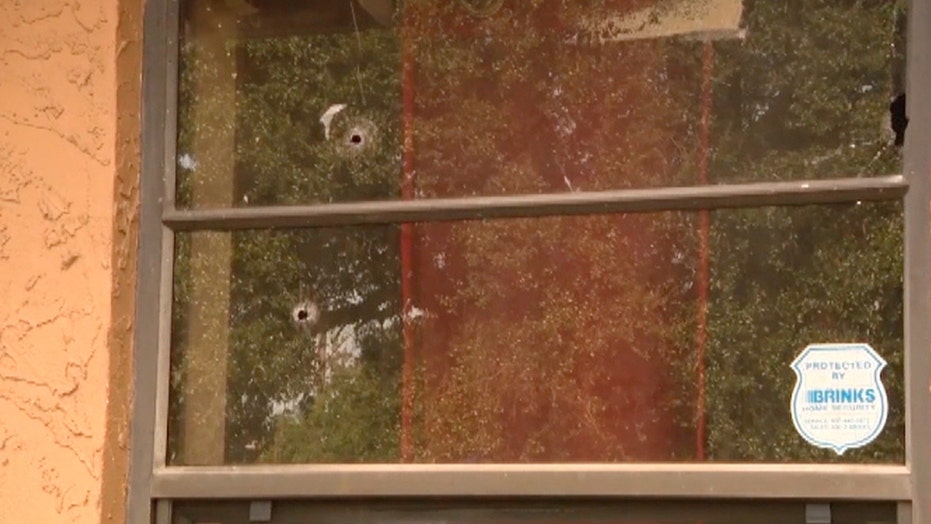 Florida authorities are offering a reward of up to $5,000 for information leading to the arrest of the person responsible for the death of the 3-year-old boy who was shot in a drive-by attack earlier this week.

Daquane James Felix Jr. was struck and killed by gunfire Tuesday while inside his Pine Hills home, near Orlando, in what investigators believe was an act of gang retaliation.

The child died at the scene, just three days after celebrating his third birthday, according to police.

Now police are asking for the public's help in taking his killer "off the streets."

"Please help us find the killer or killers of 3-year-old Daquane Felix Jr.," the Orange County Sheriff's Office wrote on Twitter. "Someone knows who is responsible for little Daquane’s death. Help us take them off the streets."

Authorities are asking the public to call Crimeline at 800-423-Tips, saying that if the information leads to an arrest they may be eligible for the reward of up to $5,000. Anyone offering any tips can remain anonymous, officials say.

Felix Jr.’s grandmother, Veronica Felix, who witnessed the attack, hopes the gunmen “just turn themselves in.”

“I just see him in my head laying on the ground right there and I wasn’t able to save him,” Felix told FOX 35. “It hurts bad. It hurts so bad.”

The 3-year-old's death is the latest in four drive-by shootings reported over the past week, Orange County Sheriff John Mina said during a Wednesday press release.

Just one day earlier, two teenagers were shot a few miles away on Glendale Avenue in a separate drive-by attack. One of them, a 14-year-old, who was killed. Police said the surviving victim was 15.

“Each one, we believe, or detectives believe, is an act of gang retaliation,” he said. “There are some very violent gangs here at work in Orange County. They are heavily armed and not afraid to use violence. They don’t think twice about who they kill.”

Mina said the department's focus on gang violence was a top priority after seeing “an increase in violence and retaliation."