RESIDENTS — including children — have been filmed blocking off streets, carrying rifles, and wearing what looks like military gear in their own neighborhoods to “stop looters.”

In Indiana, peaceful protesters demonstrating against police brutality and racism following the death of George Floyd were met with vigilante locals who were armed with weapons. 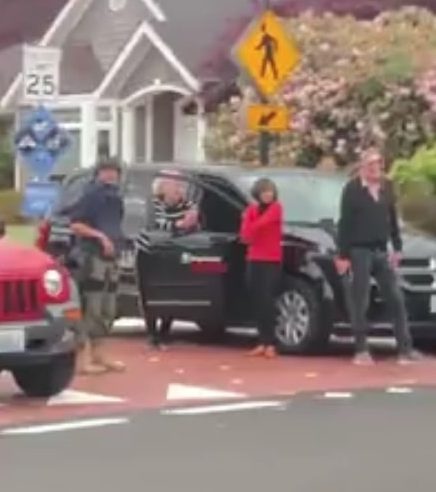 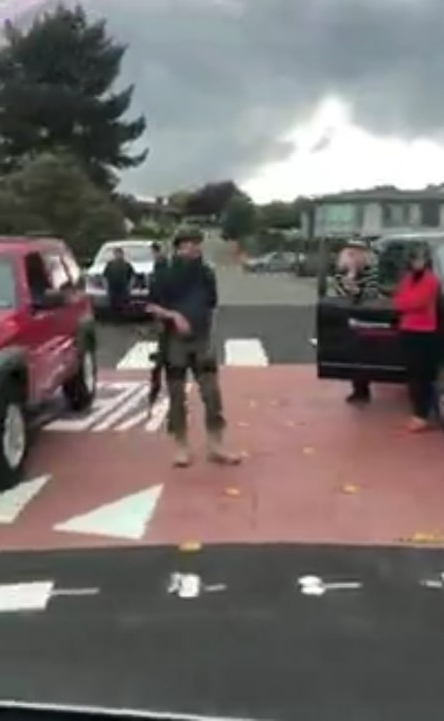 Video taken on Saturday in Valparaiso and posted to Twitter shows a line of protesters marching — as homeowners stand guard along a white picket fence nearby.

The tweet said the protesters were walking back to their cars along a bike trail, as advised by police “because of the amount of people standing by the street with their bats and guns.”

The protester who posted the clip alleged the armed residents followed them, but that police were quick to protect the protesters.

“If the cops weren’t there I genuinely don’t know what would have happened,” the protester tweeted. 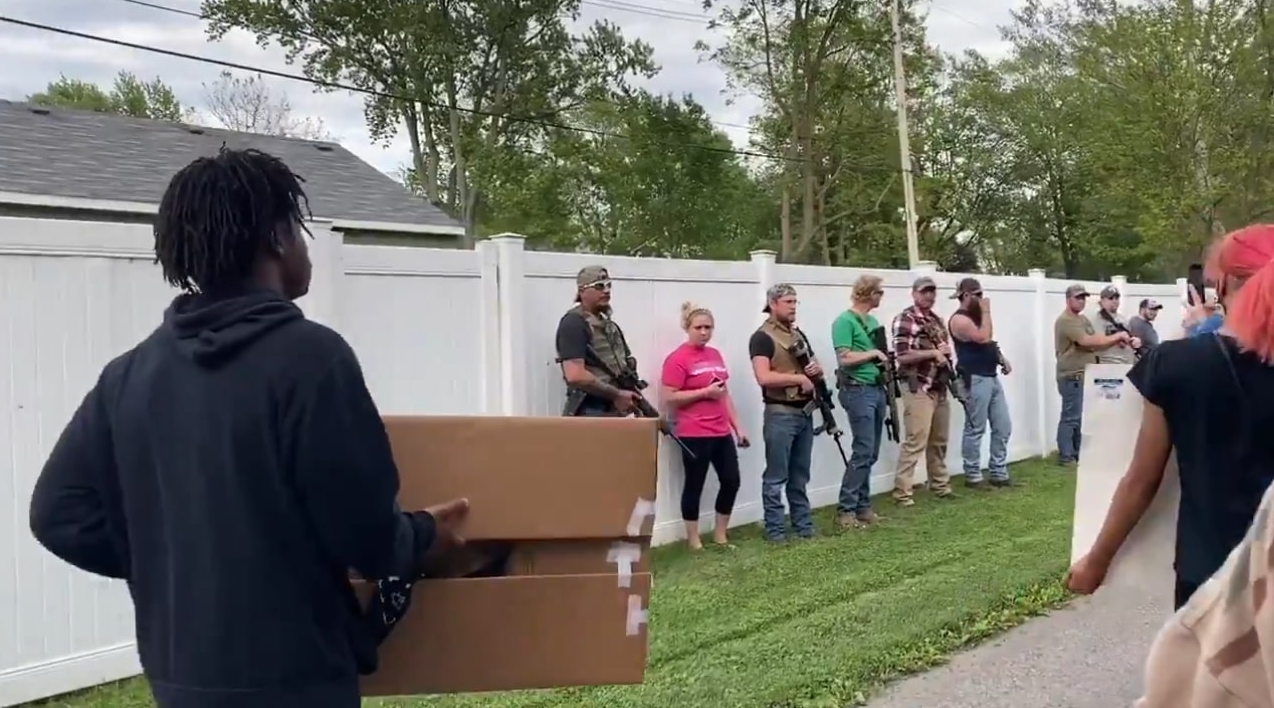 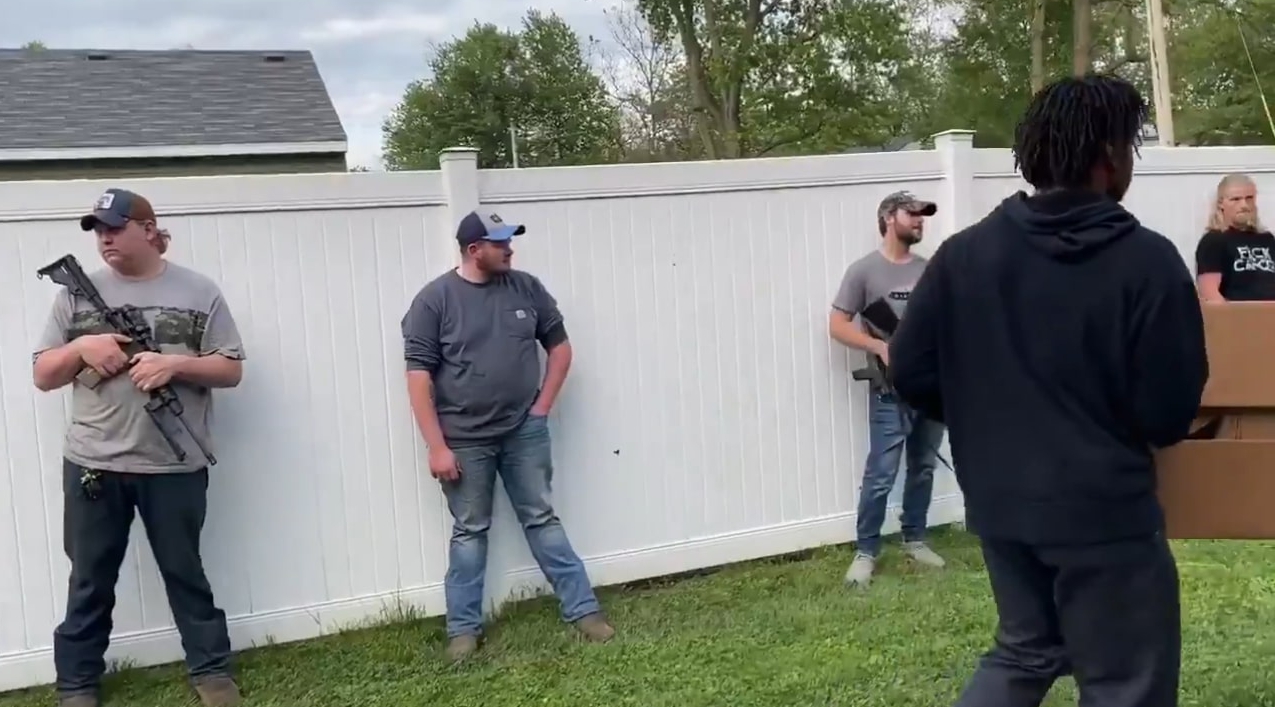 In Belleview, Florida, a similar encounter between armed residents and peaceful protesters was filmed.

The vigilantes — including kids — were filmed standing next to their cars as they blocked the street.

The residents were filmed in a video posted to LiveLeak by a family passing by in a car.

The group of at least a dozen people are seen holding rifles — while one man looks to be wearing a military-style helmet and combat boots. 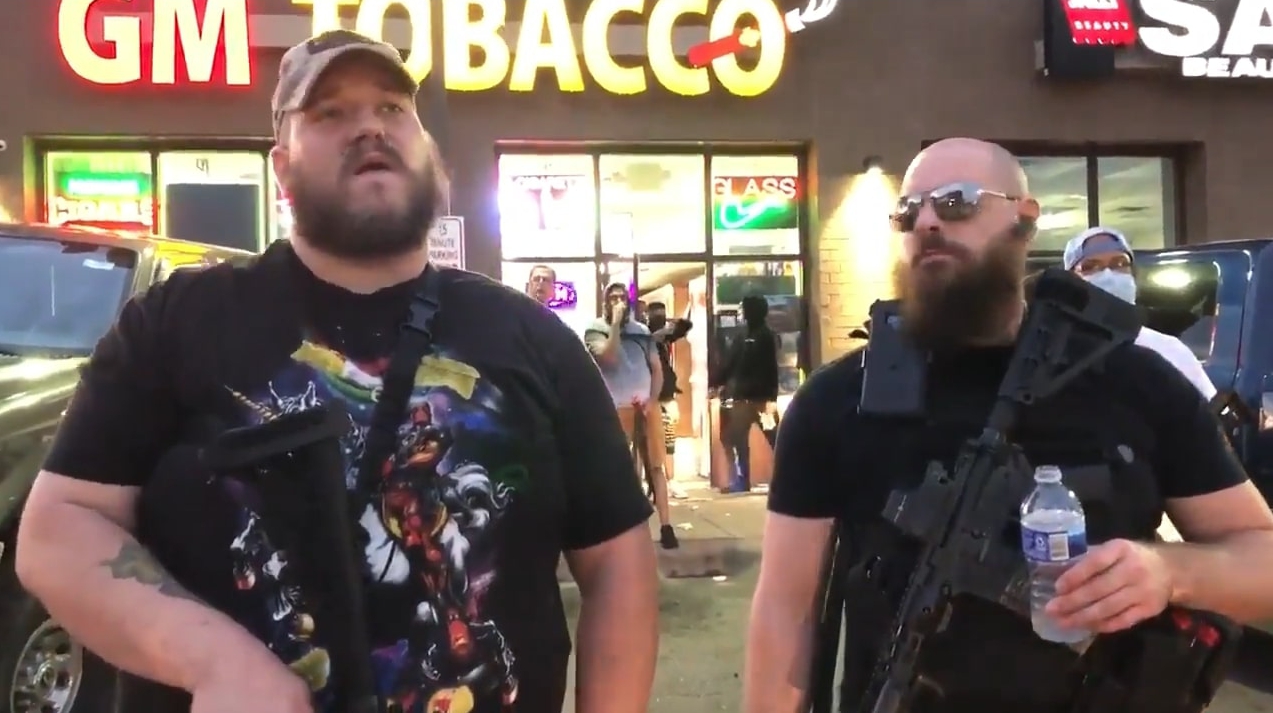 Residents seem to be protecting their own property and towns across the US as violent riots and looting have been happening in the wake of Floyd’s death.

Floyd, an unarmed black man, died on May 25 after former Minneapolis cop Derek Chauvin, a white man, kneeled on the back of his neck for nearly nine minutes during his arrest.

The 46-year-old died of asphyxiation and Chauvin, along with three other officers, were fired and charged in connection with Floyd’s death.

After Floyd’s passing was ruled a homicide, murder charges against Chauvin were upgraded to second-degree on Wednesday. 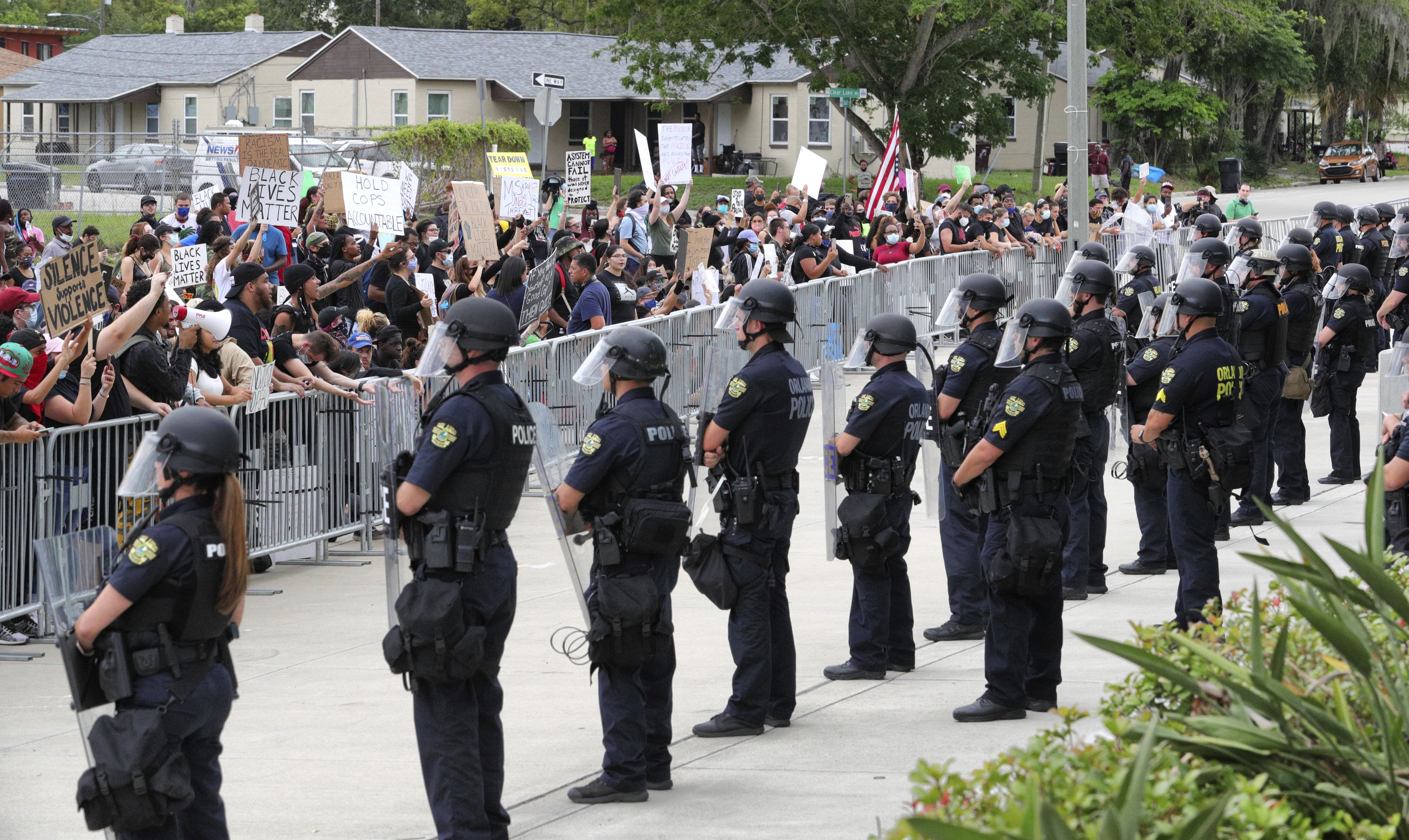 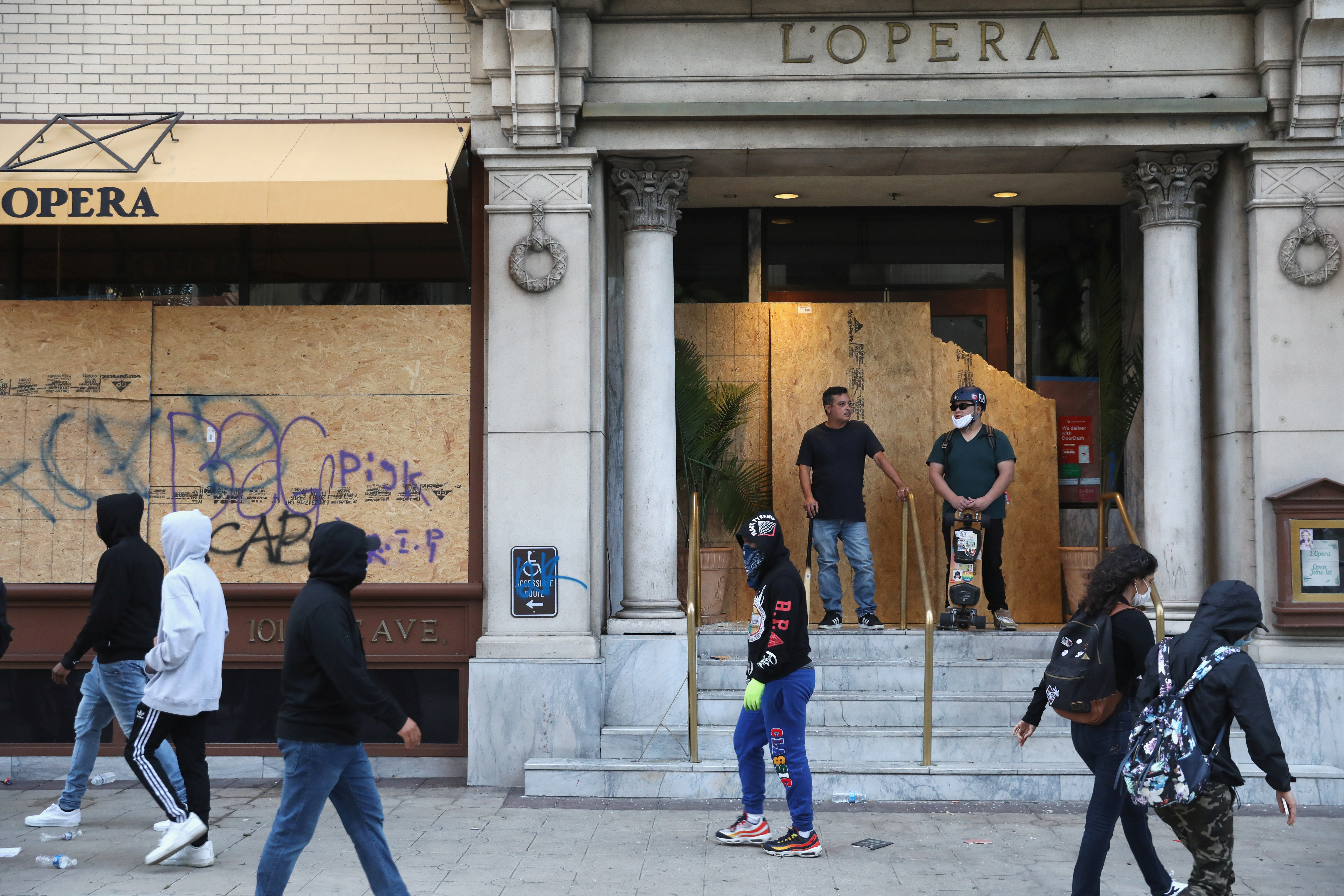 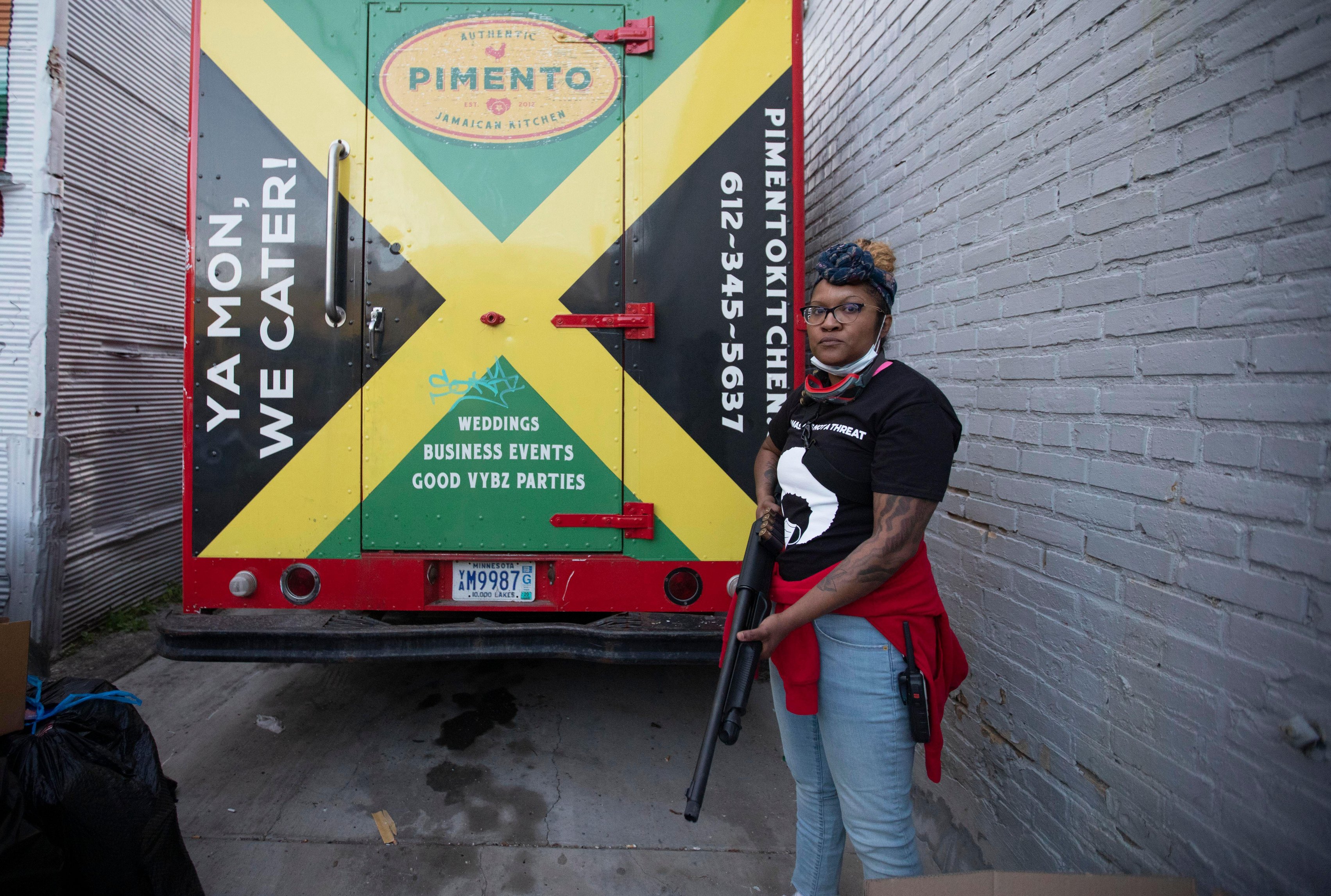 Earlier this week, Polk County Sheriff Grady Judd urged Florida residents to protect themselves from looters — and said it was “highly recommended” locals shoot the thieves.

“If you value your life, they probably shouldn’t do that in Polk County. Because the people of Polk County like guns.”

"They have guns, I encourage them to own guns, and they’re going to be in their homes tonight with their guns loaded.”

"And if you try to break into their homes to steal, to set fires, I’m highly recommending they blow you back out of the house with their guns. So, leave the community alone."

In Minneapolis, self-described "armed rednecks" said they were protecting stores from looting last week — saying they support peaceful protests and want justice for Floyd, but don't agree with violence and looting.

Looting and vandalism have badly damaged stores in the US that were already hit hard by the coronavirus outbreak.