London Underground passengers face major disruption next month after union bosses announced they would go on strike, accusing the Government of having ‘deliberately engineered’ a financial crisis on the transport network.

The Rail, Maritime and Transport union revealed today that all Tube staff had been ‘instructed to refuse to book on for any duty’ which begins from midnight to midnight on both Tuesday, March 1 and Thursday, March 3.

RMT boss Mick Lynch blamed the Government for causing financial issues at Transport for London to ‘drive a cuts’ agenda which would savage jobs, services, safety and threaten their working conditions and pensions’.

The general secretary of the union added in a statement this morning that ‘these are the very same transport staff praised as heroes for carrying London through Covid for nearly two years, often at serious personal risk’.

The RMT said that the action was taking place because of the ‘continuing refusal to give assurances on jobs, pensions and working conditions in the midst of an on-going financial crisis driven by central Government’.

The London-based union added that the announcement ‘comes in the wake of a recent ballot of over 10,000 members across all grades of London Underground staff with 94 per cent of members voted to strike’.

The newly-announced strikes are separate to the ongoing Night Tube industrial action, which is seeing RMT members on the Central and Victoria lines walking out for eight hours on Friday and Saturday evenings until June. 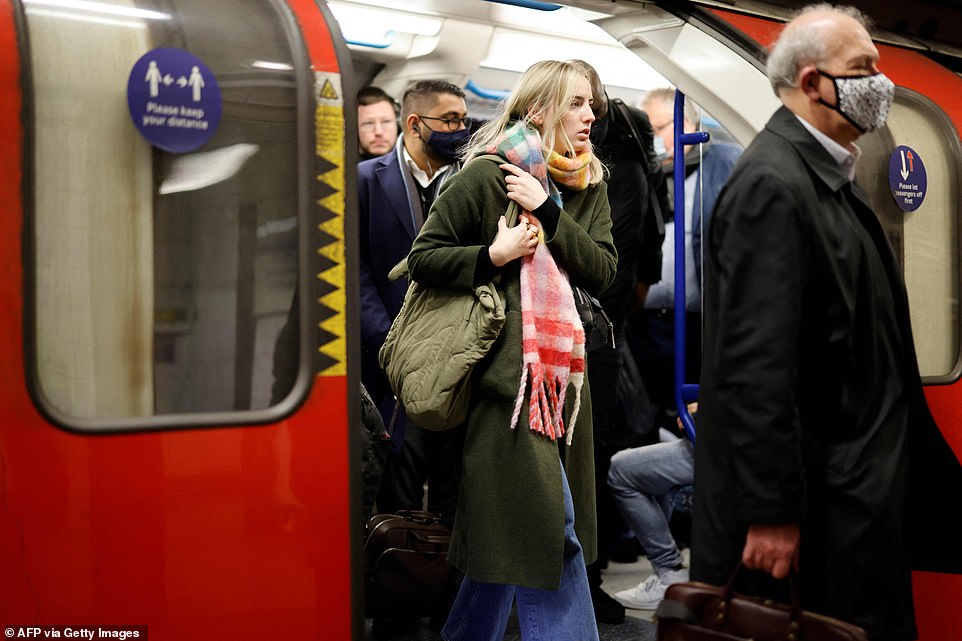 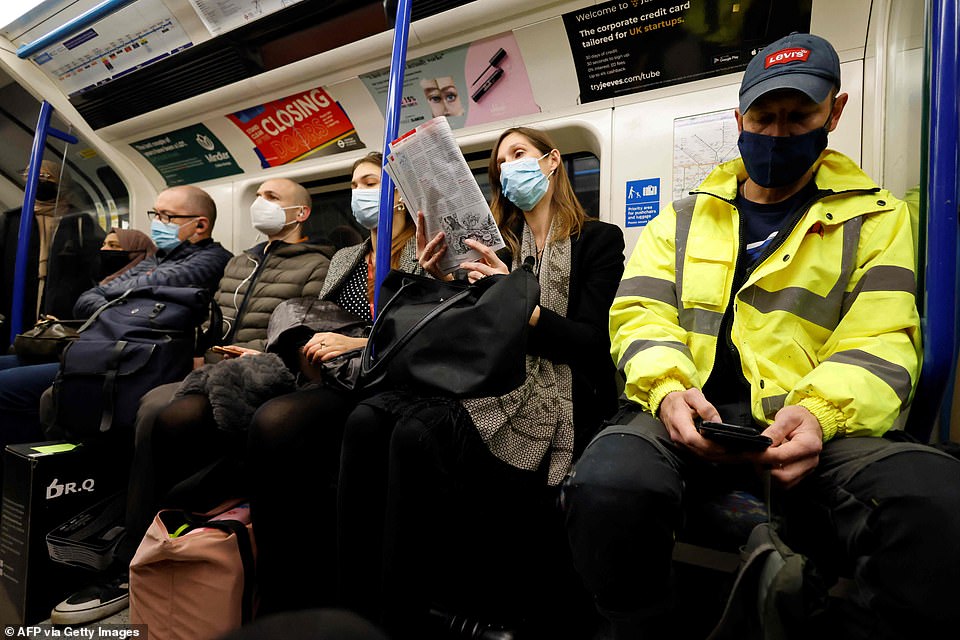 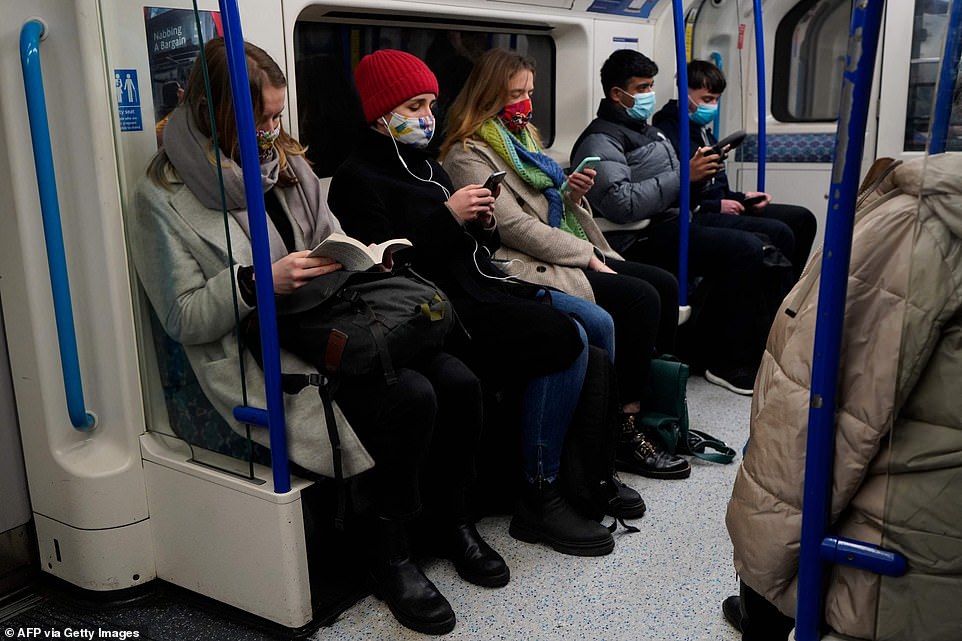 Mr Lynch said today: ‘Our members will be taking strike action next month because a financial crisis at LUL has been deliberately engineered by the Government to drive a cuts’ agenda which would savage jobs, services, safety and threaten their working conditions and‎ pensions.

‘These are the very same transport staff praised as heroes for carrying London through Covid for nearly two years, often at serious personal risk, who now have no option but to strike to defend their livelihoods.

Train passengers frustrated by emergency timetables will see ‘big improvements’ in the next fortnight, Transport Secretary Grant Shapps has pledged.

Hundreds of daily services were axed in December and January in the wake of staff shortages caused by the Omicron coronavirus variant. It was estimated in early January that around 10 per cent of rail staff were absent from work.

But despite cases of the virus falling, train timetables remain more than a fifth below pre-pandemic levels.

In an interview with the PA news agency, Mr Shapps revealed he is speaking to train operators ‘all the time’ to ensure their timetables ‘come back up to spec’.

He said: ‘In the next couple of weeks we should start to see big improvements. Of course, we’re timing that alongside the fact that not everyone is back to work yet but we’re starting to see big increases in the number of people travelling.’

Latest provisional Department for Transport figures show the number of journeys made on Britain’s railways on Monday was at 51 per cent of pre-pandemic levels.

Mr Shapps was asked if the rail industry will need to make permanent cuts to its operations as taxpayer support which has kept services running during the virus crisis is reduced.

The Cabinet minister replied: ‘What I want to see is railways expand not shrink. I’m opening new lines to do that. There’s a very bright long-term future.

‘Obviously, with regards to how much people travel and at what speed they return to work, we need to make sure the timetables match that. But our commitment to the railways, I think, is second to none.’

‘The politicians need to wake up to the fact that transport staff will not pay the price for this cynically engineered crisis.

‘In addition to the strike action RMT is coordinating a campaign of resistance with colleagues from other unions impacted by this threat. The union remains available for talks aimed at resolving the dispute.’

Hospitality bosses warn that the Night Tube strikes are affecting businesses, jobs and people’s safety, saying that drivers walking out on weekends until June ‘is the last thing the capital needs’ as it recovers from the pandemic.

They pointed out it will also be more dangerous for women and vulnerable people looking for a safe route home in the evening. The Night Tube strikes have already been taking place every weekend since January 7.

UKHospitality chief executive Kate Nicholls said: ‘A strike would jeopardise hospitality businesses, jobs, livelihoods and peoples’ safety. The Tube is crucial for safely transporting staff and customers – often women and vulnerable people late at night – to and from venues.

‘Hospitality has suffered two disastrous years of closure and devastatingly low levels of trade, but will now be key to London’s recovery. The last thing the capital needs is new setbacks like this.’

Drivers have been walking out amid arguments over rotas for the Night Tube, but Michael Kill, chief executive of the Night Time Industries Association, said: ‘We have fought extremely hard to re-establish the Night Tube service last year.

But now further disruption through long term strike action is likely to have a devastating impact on the night time economy which is a fundamental part of the Capitals infrastructure.

‘This action will further limit the services on the night tube, against the backdrop of night time economy businesses facing an extremely challenging start to 2022, presenting considerable concerns over the safety of customers and staff traveling home at night.’

And Richard Burge, chief executive of the London Chamber of Commerce, branded the RMT ‘obstructive and selfish’. He called on the union to ‘put their shoulder to the wheel and show solidarity with businesses and Londoners’. 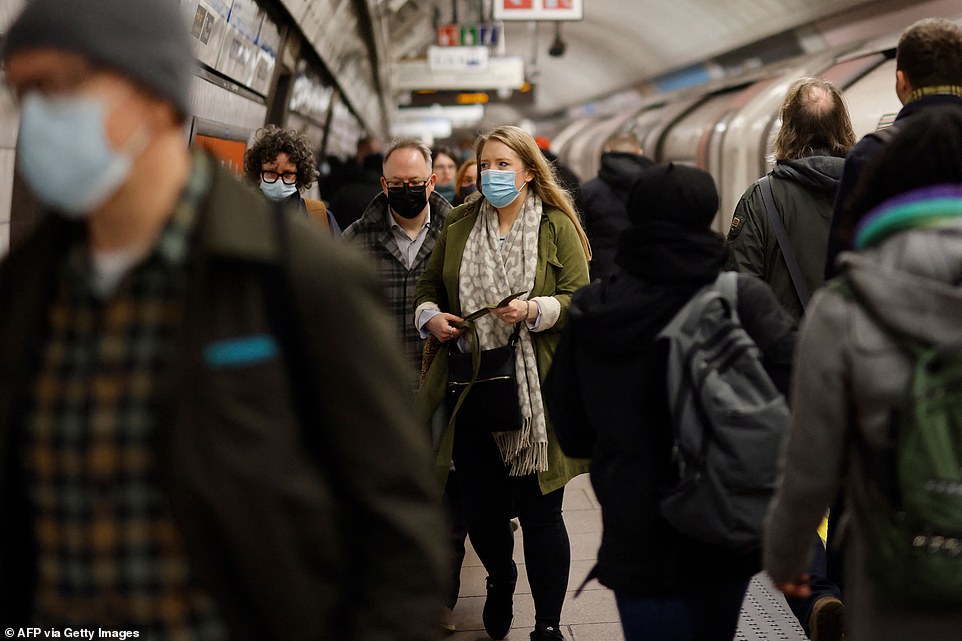 This Transport for London graph shows how Underground usage has changed over the last two years, split by type of station