Romney wrote an op-ed in the Wall Street Journal and pointed to a recent analysis by the bipartisan Congressional Budget Office.

The study showed that “more than a third of the proposed funding — $700 billion — wouldn’t be spent until 2022 or later, undermining the administration’s claim that the massive price tag is justified for urgent pandemic-related needs.”

Republican Study Committee (RSC) authored a three-page memo to conservatives this week to outline “all the left-wing items Democrats are hoping the public won’t find about.” 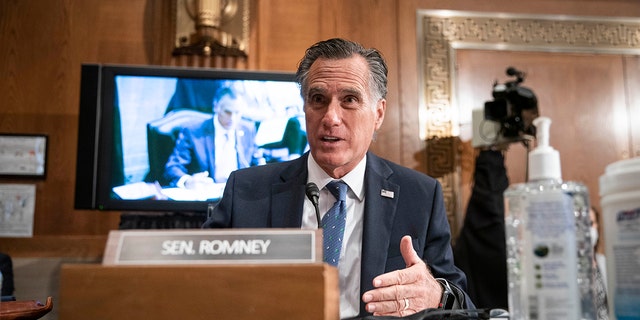 Senate Majority Leader Chuck Schumer predicted that the Senate would pass the bill before March 14.

Biden could face serious challenges in his attempt to gain Republican support for his proposal, especially with a $15-an-hour federal minimum wage requirement and how much to funnel to struggling state and local governments. At least two Democrats – Sens. Joe Manchin and Kyrsten Sinema – have signaled that they might not back the wage increase, which jeopardizes the Democrat simple majority.

Romney wrote that the bill would “waste hundreds of billions of dollars, do nothing meaningful to get kids back to school, and enact policies that work against job creation.”