ROSS CLARK: What does a No Deal Brexit mean to you?

What does a No Deal Brexit mean to you? Will grocery bills really soar, could food run out… and what about your holiday? As EU talks run into the sand, ROSS CLARK explains the repercussions in this handy guide

Time is rapidly running out for a trade deal to be reached with the European Union. Unless there is progress in the negotiations by Sunday, the likelihood is that Britain will crash out of the EU transitional arrangements on January 1 in the hardest possible way.

Here’s what it could mean for the rest of us…

If we don’t strike a deal, Britain will have to trade with the EU on World Trade Organisation (WTO) terms. This will mean the EU can impose its tariffs on imported UK goods and we would place our tariffs on goods exported from the EU – which could increase prices of certain goods in the shops.

Tariffs are a source of revenue for government as well as a means of protecting and boosting domestic industries.

Under WTO rules, each product type – whether it’s beef, fruit, or machinery parts – has its own tariff set at a level determined by government. But, crucially, under WTO rules we must charge the same tariff to each country – except where a formal trade agreement is in operation.

On some dairy products imported from the EU, such as French cheeses, tariffs will be over 30 per cent and on some meat products over 40 per cent.

The Government won’t reduce these to zero because it doesn’t want British farmers to be forced out of business.

Commonly, the higher the tariff, the higher the prices for consumers. Tesco chairman John Allan said this week that this may ‘change the mix of what people eat’, leading to higher sales of British cheddar, for example.

However, prices won’t rise in line with tariffs because many of the costs involved in getting them onto supermarket shelves are incurred in this country.

Tesco has predicted average price increases of five per cent, while Environment Secretary George Eustice claimed that, overall, food prices would rise by between one and two per cent. 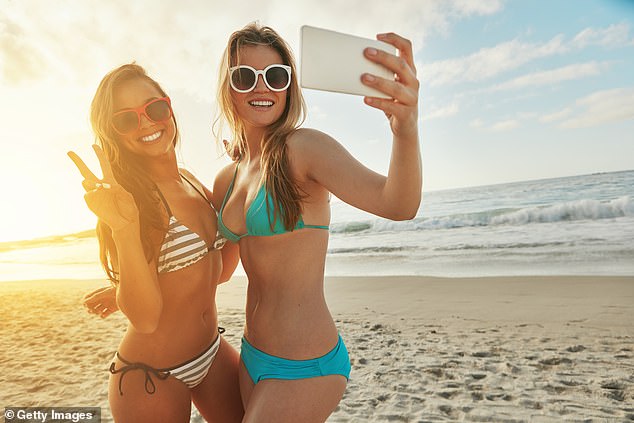 In the absence of a deal, UK citizens will still be able to travel to the EU without a visa for up to six months in a year – which will cover most holidays

What will go up most?

To a large extent it depends on how much we produce in Britain. Overall, Britain is 60 per cent self-sufficient in food, and in the case of some products the figure is far higher. With lamb, for example, we produce more than we consume, so prices could actually fall as UK farmers switch to home markets in order to avoid the new tariffs they would incur exporting to the European Union.

We are 105 per cent self-sufficient in milk, so the price of a pint shouldn’t rise either.

There is a bigger problem with fruit and vegetables, many of which are imported from Spain or the Netherlands. We are only 57 per cent self-sufficient in vegetables and a mere 16 per cent in fresh fruit.

A recent report from the Food Foundation found that the average family will have to pay £65 more a year to meet its five a day, and that the price of tomatoes will increase in price by nine per cent, oranges by eight per cent and lettuces by seven per cent.

Will shelves be empty?

The current shipping-container logjam at ports such as Felixstowe could well cause shortages – but this was caused predominantly by a huge surge in Christmas trade following lockdown, and only to a small extent by suppliers rushing to beat the Brexit deadline.

There will, however, inevitably be more friction at ports in the early days of a no deal as hauliers carrying food get used to the new customs checks and the duties that will have to be paid.

The biggest problem is that many UK hauliers will find themselves unable to drive on the other side of the Channel. The EU has said that in the event of no deal it will issue only 2,088 licences to hauliers, just a quarter of the more than 8,000 held last year.

This is most likely to affect supplies of fresh fruit and vegetables. However, any food could be in short supply if shoppers respond to a no-deal Brexit in the way they did in the first lockdown and start panic-buying. 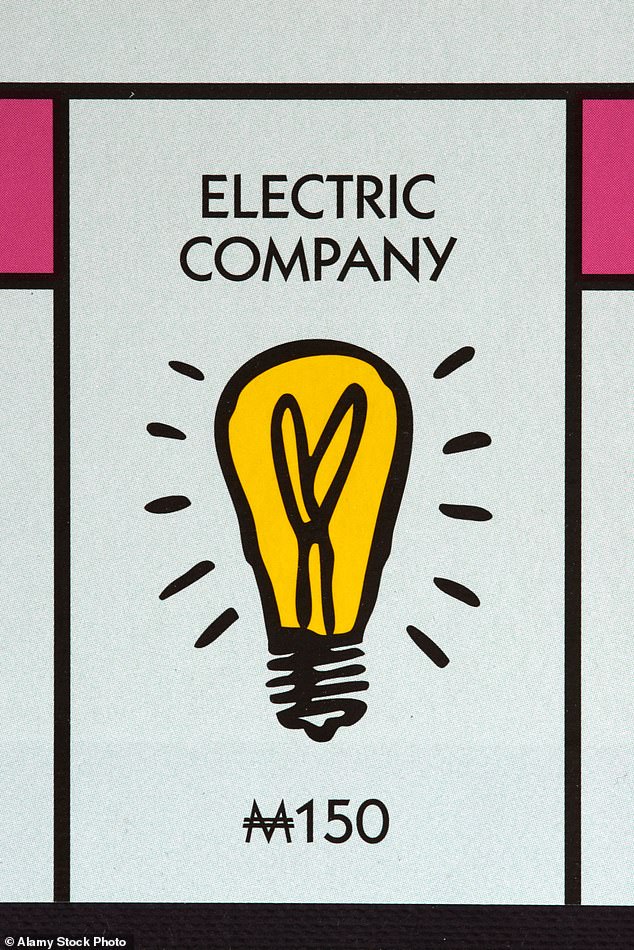 What about queues at the Channel ports?

There will almost certainly be delays. The Government’s ‘reasonable worst-case scenario’ is for queues of 7,000 lorries in Kent. It has built a large lorry park and customs processing centre near Ashford in Kent, and has forbidden lorry drivers from entering the country unless they have the correct paperwork for exporting their goods across the Channel. That should help reduce the 17-mile tailbacks that the Port of Dover once claimed would build up.

Will I still be able to holiday in Europe?

Yes – unless, in the short term, the EU implements its threat to use Covid restrictions to exclude Britons. In the absence of a deal, UK citizens will still be able to travel to the EU without a visa for up to six months in a year – which will cover most holidays. In order to go the Continent, however, you will need to have six months left on your passport.

The EU will bring in a system – but not until the end of 2022 – which will oblige UK citizens to apply for a visa-waiver permit, which will cost €7 (£6.40) and last for multiple visits for three years.

That will be more difficult. You will be allowed to spend up to six months in any one year in another EU country without a visa, but if you want to live there permanently, or work, you will be required to apply for a visa.

Will planes still be allowed to fly?

Hopefully. In the event of a no deal, the EU and UK have agreed that planes will be allowed to continue flying between Britain and the Continent for a temporary period. But yesterday the EU threatened to ban British airlines from flying to European destination unless Boris Johnson allows European fishing vessels access to UK waters and agrees to its ‘level-playing field’ demands. 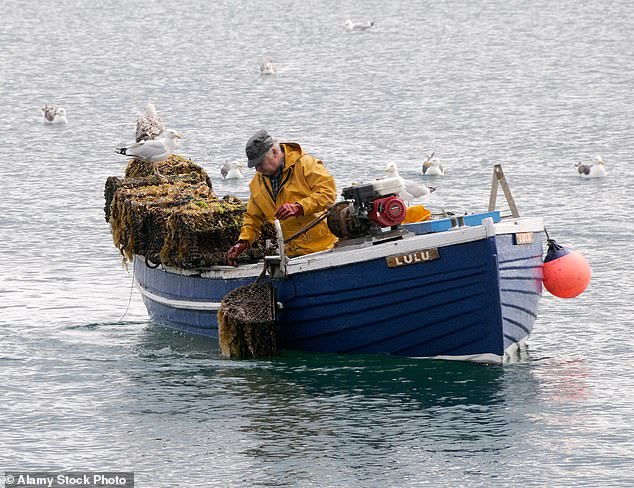 Fishermen will be able to fish in UK waters without suffering competition from EU trawlers. However, they will find themselves banned from fishing in EU waters

Can I drive in Europe?

Yes, but as well as your driving licence you will need an international driving permit, which is available over the counter at the Post Office for £5.50. You will also need a green card from your insurer. This is required even now to maintain fully comprehensive insurance.

What about my European Health Insurance Card or EHIC?

It will almost certainly become useless. Travellers will instead have to take out a travel insurance policy. Many holidaymakers already do this anyway – after all, the Government has always advised us that an EHIC is not a substitute for travel insurance and it has never covered things like mountain rescue in ski resorts or being flown back to the UK in an air ambulance. The cost of travel insurance to the EU could rise, however, as policies tend to ‘piggyback’ on the EHIC.

Will I be able to take my pet to Europe?

Yes, but it could involve more bureaucracy than it is worth. If Britain becomes an ‘unlisted’ country under the EU Pet Travel Scheme you will have to get your pet microchipped. Dogs, cats and ferrets will have to be vaccinated against rabies and a blood sample then sent to an EU-approved vet three months before the intended date of travel. Then, ten days before travelling, you will have to take your pet back to the vet to obtain an animal health certificate. 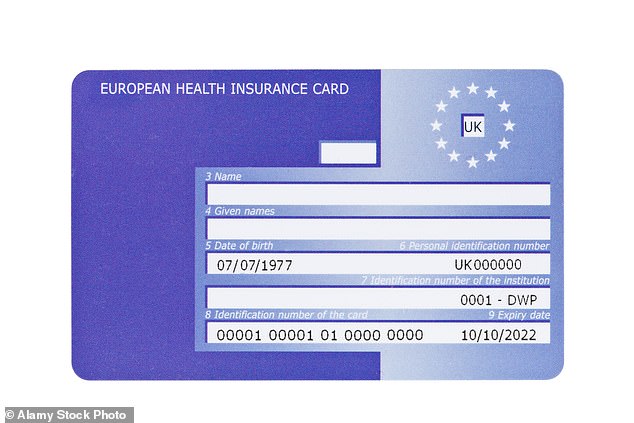 The cost of travel insurance to the EU could rise, however, as policies tend to ‘piggyback’ on the EHIC

Will I be stung for using my mobile abroad?

The EU ban on roaming charges will end if we leave without a trade deal. However, new UK rules will prevent mobile phone companies charging you more than £45 for data in any one month unless you specifically opt-in by replying to a text warning you that you have reached this limit. The main UK providers – Three, EE, O2 and Vodafone – have in any case said that they have no plans to reintroduce roaming charges

Will we still get our Covid-19 vaccines?

There should be no problem. Tariffs on medicines are not allowed under World Health Organisation rules, so the Pfizer vaccine, which is manufactured in Belgium, should have no trouble getting through – traffic permitting.

How will manufacturing industry cope?

With some difficulty. Exports to the EU would be liable to tariffs – ten per cent, for example, in the case of cars. UK consumers will also face higher prices for manufactured goods imported from the EU. No deal could, for example, add £1,500 to the price of a new imported family car.

It could, possibly, make British-made cars relatively more attractive – although they, too, will be hit by extra costs if they incorporate many EU-made parts. As will the construction industry, relying as it does on imported power tools, which will also be subject to tariffs.

The car industry’s reliance on foreign-made parts was exposed this week, when Honda suspended production at its Swindon plant owing to delays of imports at ports caused by Covid-19 rather than Brexit 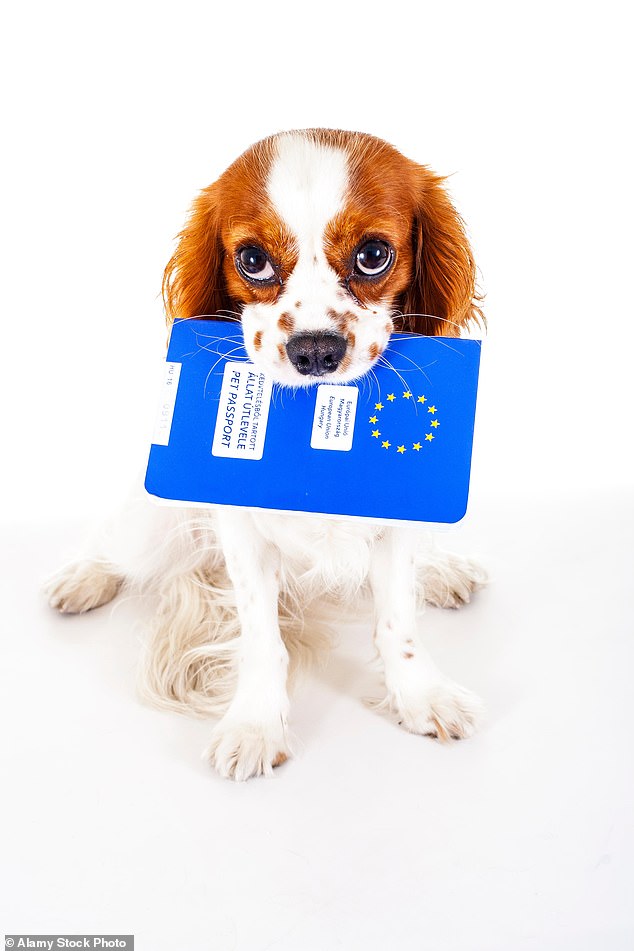 And our fishermen? What will happen to them?

They will be able to fish in UK waters without suffering competition from EU trawlers. However, they will find themselves banned from fishing in EU waters. Moreover, if they want to export their fish to other EU countries – and 75 per cent of fish caught in the UK is exported, mostly to Europe – they will face punitive tariffs of 12 per cent in the case of cod and 13 per cent in the case of smoked salmon.

What about the City of London?

The City has not suffered the employment bloodbath many predicted as a result of Brexit. However, if we leave the EU without a trade deal, UK banks and other financial institutions will find life more difficult. They will be not be allowed to provide many services from the UK to EU customers under ‘equivalence’ rules. This will push up costs for City companies, many of which have already tried to prepare for the eventuality by setting up subsidiaries in EU countries.

Will the lights go out?

Electricity and gas companies have been told by the Government to make contingency plans to govern the import of energy in the event of a no deal. We may find out how good these plans are on January 1. 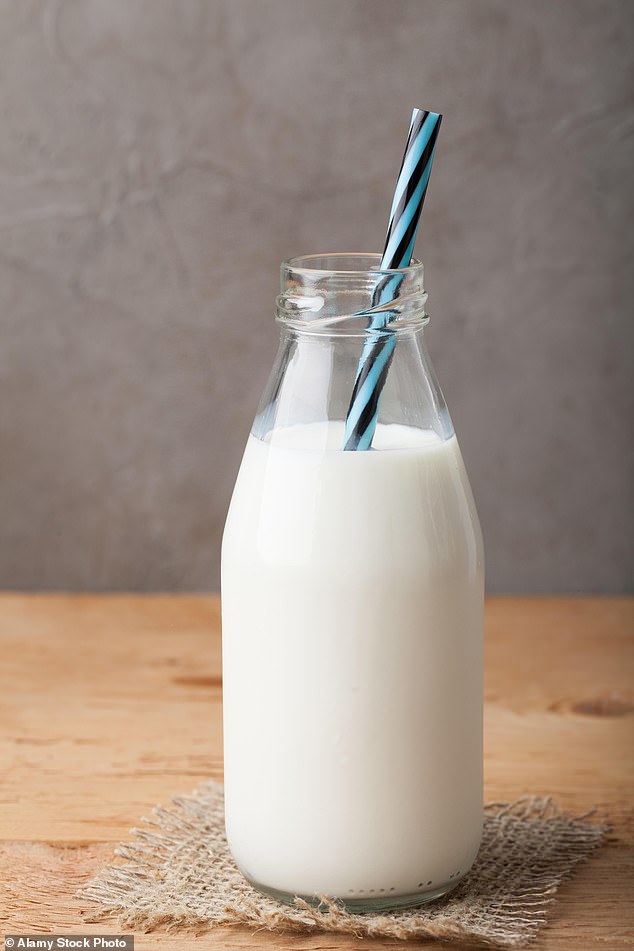 We are 105 per cent self-sufficient in milk, so the price of a pint shouldn’t rise either 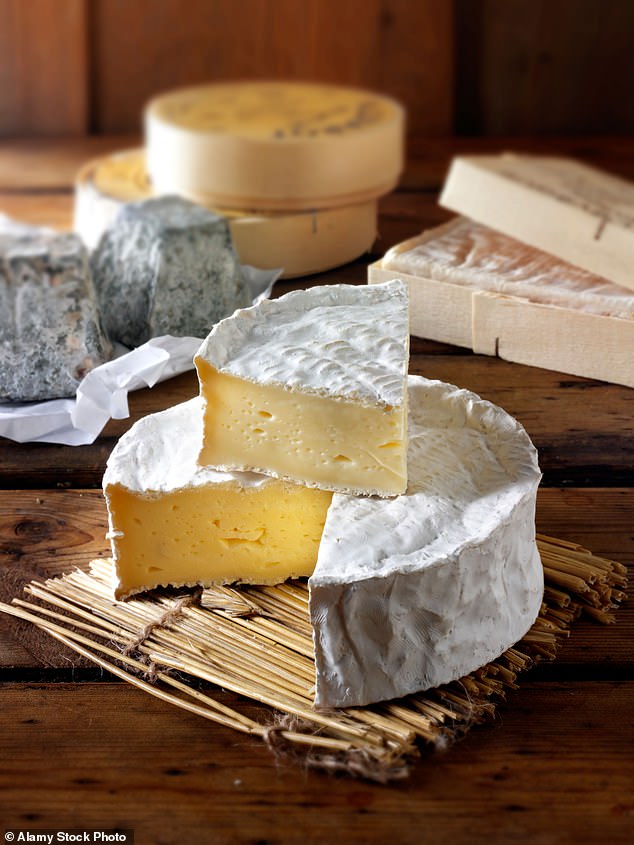 On some dairy products imported from the EU, such as French cheeses, tariffs will be over 30 per cent and on some meat products over 40 per cent

Will we be able to catch villains who flee to EU?

It would be more difficult because Britain would no longer have direct access to databases maintained by Europol, the EU’s Continent-wide police force. Nor will they be able to use the European Arrest Warrant to apprehend villains. Our police will, however, still be able to seek and extradite criminals via Interpol and fall back on the 1957 European Convention on Extradition.

What about Northern Ireland?

Travel between mainland Britain and Northern Ireland or Ireland should face no obstacles on January 1 because the common travel area will remain come what may, allowing passport-free travel.

The tricky arrangements for goods travelling between mainland Britain and Northern Ireland were covered in the withdrawal deal negotiated last year – with Northern Ireland remaining within the EU’s single market for goods. Northern Irish businesses say they are still awaiting details of what this will mean in practice, with or without a deal.