Royal Mail posties refuse to deliver package due to snow

What a shower of snowflakes! Royal Mail posties refuse to deliver package due to a light dusting of snow

Royal Mail workers are refusing to deliver post to areas that have been deemed ‘inaccessible’ due to snow.

Alongside the screenshot, he posted an image showing a light dusting of snow on his road, captioning: ‘Apparently a couple of centimetres of snow has rendered my address inaccessible to Royal Mail.

‘Hope Ocado are made of sterner stuff later!!!!’

It follows the postal service revealing 28 delivery ‘blackspots’ which are suffering from limited postal services as more of its workforce is affected by Covid-19.

Meanwhile, parts of northern England and Scotland woke up to heavy snowfall this morning with more wintry weather forecast for the weekend and into next week. 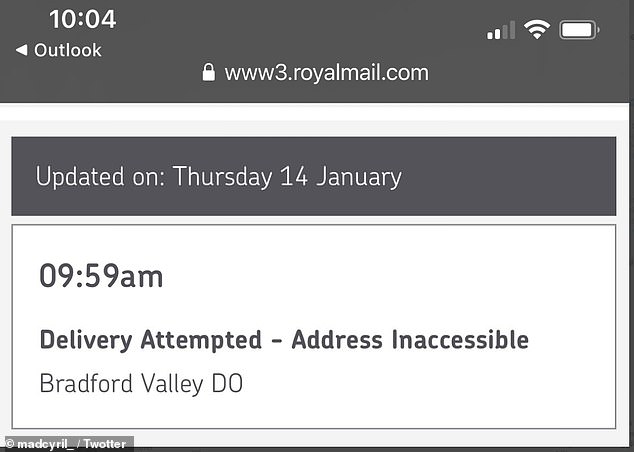 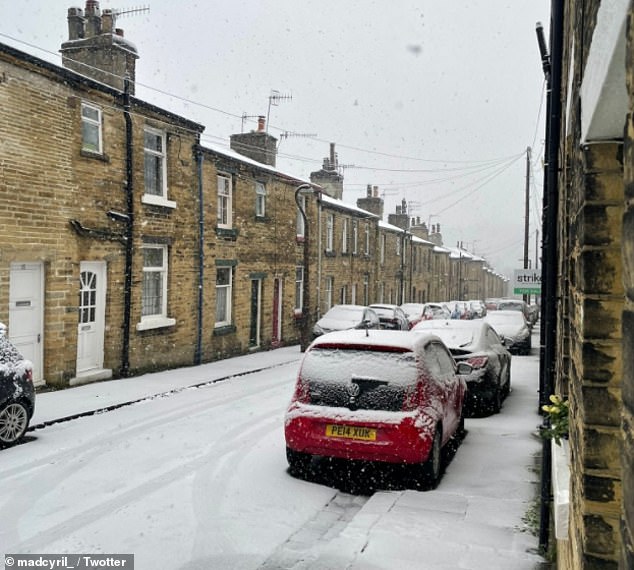 Other Twitter users also complained to the postal service about their addresses being labelled as ‘inaccessible’, with one posting: ‘Notification from Royal Mail that they are unable to deliver today as my address is inaccessible.

‘But moments before the large council recycling lorry managed to access my street and address. I would’ve expected better.’

Another wrote yesterday: ‘Royal Mail is my worst enemy rn. How is the address inaccessible two days in a row but the item is being delivered to a POST OFFICE?’

A third added: ‘Absolutely adore to shell out for next day delivery and then have Royal Mail tell me that my office address is ‘inaccessible for delivery’, and yet somehow deliver all of my post except the parcel I paid for… love that for me’.

However, a fourth shared an image of snow blanketing cars outside, captioning: ‘When you’re about to call Royal Mail with a long complaint about how they are morons for not being able to deliver but quickly pull out when you look outside.’

Up to a foot (30cm) of snow is expected on high ground today with overnight temperatures falling to -7C (19F) in eastern England and the wind chill making it feel even colder, while Scotland could drop to -12C (10F).

North East England was badly hit by flurries today with at least 2in (5cm) falling, while snow also caused delays for drivers in West Yorkshire and heavy rain resulted in flooding on motorways around Greater Manchester.

An amber weather warning covering parts of eastern Scotland, County Durham and Northumberland was in force until the mid-morning, amid fears of a second ‘Beast from the East’ this winter in the coming weeks.

Severe conditions were seen across West Yorkshire in the likes of Huddersfield, Halifax, Leeds and Bradford following multiple crashes on roads in the snow, with traffic very slow on the M6, A57 and A672.

In Greater Manchester, there was heavy congestion after traffic was stopped on the M62 as heavy rain battered the region with queues stretching along two junctions due to bumps and stranded vehicles. 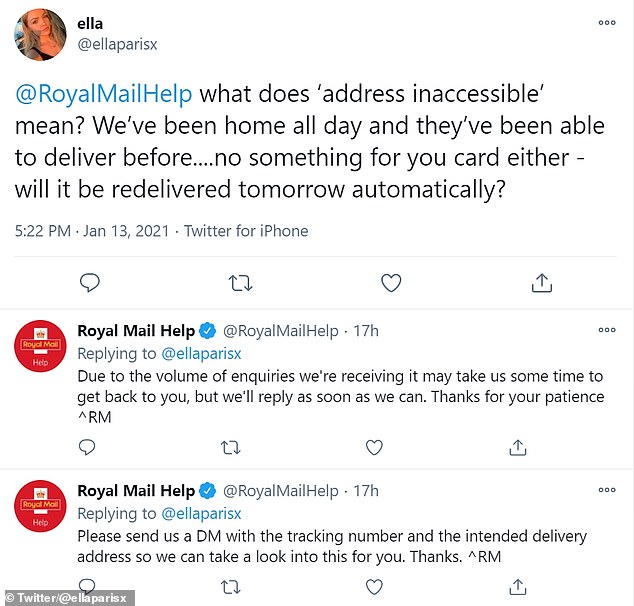 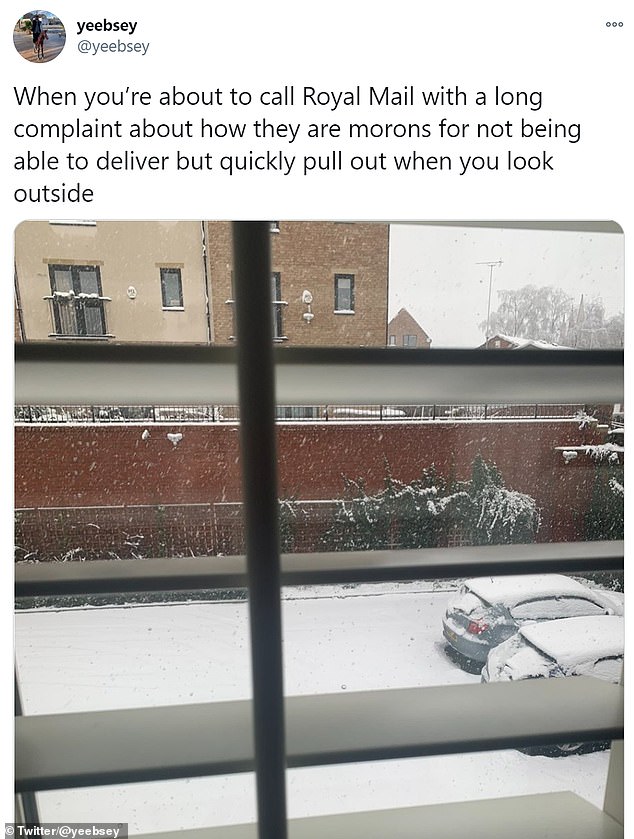 Other people took to social media to say their addresses had been deemed ‘inaccessible’. It follows parts of northern England and Scotland waking up to heavy snowfall this morning

Snow and ice is predicted through today down the length of the Pennines as far south as the Peak District, in Cumbria and the North York Moors, where a lesser, yellow weather warning applies until 9pm tonight.

In a statement published with the list on its website, Royal Mail previously said it was ‘working hard to deliver the most comprehensive and high quality service we can to all our customers’.

‘The combination of greatly increased uptake of online shopping, and the ongoing Covid-19 restrictions, mean that all delivery companies are experiencing exceptionally high volumes,’ the statement said.

‘Despite our best efforts and significant investment in extra resource, some customers may experience slightly longer delivery timescales than our usual service standards.

‘This is due to the exceptionally high volumes we are seeing, exacerbated by the coronavirus-related measures we have put in place in local mail centres and delivery offices to keep our people and customers safe. In such cases, we always work hard to get back to providing our usual level of service as quickly as we can.’