When Ruby Rose suddenly departed The CW series Batwoman in May 2020, the Australian actress offered a cryptic explanation on Instagram, saying: "It wasn't an easy decision but those who know, know." A year and a half later, Rose is finally offering a full account of what led her to leave Gotham City after only one season as the network's first openly gay superhero, Kate Kane. (Rose uses both she/her and they/them pronouns.)

In a series of scorched earth Instagram Story posts that have already gone viral, the former Batwoman star levels a number of serious allegations against high-ranking producers and executives, including showrunner Caroline Dries, executive producer — and Arrowverse mastermind — Greg Berlanti and former Warner Bros. Television Studios president, Peter Roth. "Enough is enough," Rose writes, before going on to describe instances of allegedly unsafe working conditions and personal misconduct on set. "I'm going to tell the whole world what really happened on that set."

In a statement provided to Yahoo Entertainment, the Warner Bros. Television Group pushed back on Rose's claims. "Despite the revisionist history that Ruby Rose is now sharing online aimed at the producers, the cast and crew, the network, and the studio, the truth is that Warner Bros. Television had decided not to exercise its option to engage Ruby for Season Two of Batwoman based on multiple complaints about workplace behavior that were extensively reviewed and handled privately out of respect for all concerned."

Ruby Rose has came out with various statements exposing the terrible working conditions behind-the-scenes on The CW’s #Batwoman series. pic.twitter.com/CiiQe6EqZB

It's worth noting that Rose's role has already been recast: former Krypton star, Wallis Day, became the new face of the missing-and-presumed dead Kate Kane in the show's second season, which re-introduced her as a temporary nemesis for new Batwoman, Ryan Wilder (Javicia Leslie). But even if the offer were made for Rose to return in a flashback, she makes it clear that she'll never be seen in the Batcave again. "Please to my dear fans, stop asking if I will return to that awful show," she writes. "I wouldn't return for any amount of money nor if a gun were to my head."

The bulk of Rose's allegations involve the working conditions on the Batwoman set. The actress was famously injured during production and required emergency surgery to repair two herniated discs — an experience she openly discussed on social media. “I wanted to own it and I didn’t wanna keep lying about it. It was making me feel sick," Rose remarked at the time.

But in her new Instagram commentary, Rose makes it clear that her injuries were more extensive than initially described, and that she has the receipts to back it up. "I have enough documentation to make a 1 hour documentary," she writes. "What else would you like me to share, the broken neck or the broken rib split in two and the tumor?" Rose also alleges that Roth threatened to recast her if she didn't return to work shortly after her surgery. "Imagine going back to work 10 days after this," she writes, above video of her surgery.

Rose goes on to say that she wasn't the only person injured on the Batwoman set. She also alleges that a crew member received third-degree burns, while a production assistant sustained an injury that left her quadriplegic. "They tried to blame it on her being on her phone," Rose writes, adding: "Her accident occurred because our show refused to shut down when everyone else did because of Covid."

Rose also describes her former co-star Dougray Scott — who plays Kate's father, Jacob Kane — as "a nightmare," alleging that he "hurt a female stunt double," and criticized her in the press after her departure from the show. Additionally, Rose accuses Camrus Johnson — who plays Luke Fox, Kate's former sidekick and now a hero in his own right as Batwing — as being the source behind various on-set leaks and criticizing her for being late to set after her surgery.

For Rose, all those alleged offenses directly resulted in her being forced off the show. "I do not quit," she writes, forcefully pushing back against the idea that she willingly resigned. "They ruined Kate Kane and they destroyed Batwoman, not me. I followed orders, and if I wanted to stay I was going to have to sign my rights away. Any threats, any bullying tactics or blackmail will not make me stand down."

Batwoman airs Wednesdays at 9 p.m. on The CW 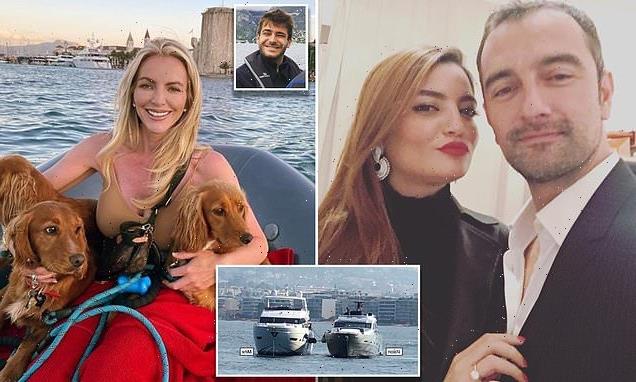 She & Him's Zooey Deschanel and M. Ward talk 'Elf' origins and 'soft cancel' of 'Baby, It's Cold Outside'
Celebrities Posts