Rugby league star Jordan Cox, 27, died from an accidental painkiller overdose after taking so many pills ‘that his body simply couldn’t tolerate it’, a coroner has ruled.

The former Hull Kingston Rovers prop had become addicted to the drugs in order to manage the chronic pain he suffered from sporting injuries, Hull’s Coroner’s Court heard.

Mr Cox, 27, was found dead in his bed on April 30 last year, prompting an outpouring of grief from the rugby league world.

Assistant coroner Ian Sprakes said: ‘It is clear to me Jordan had taken his pain relief medication to such an extent that his body simply couldn’t tolerate it, which consequently led to his death.’

Friday’s inquest was told that Mr Cox’s love of rugby league began at the age of 10 and he was taken on by the senior team at Hull Kingston Rovers six years later.

He spent five years in the Rovers first-team after breaking through the ranks at Craven Park in 2011 and went on to make 65 senior appearances for the club, scoring six tries. 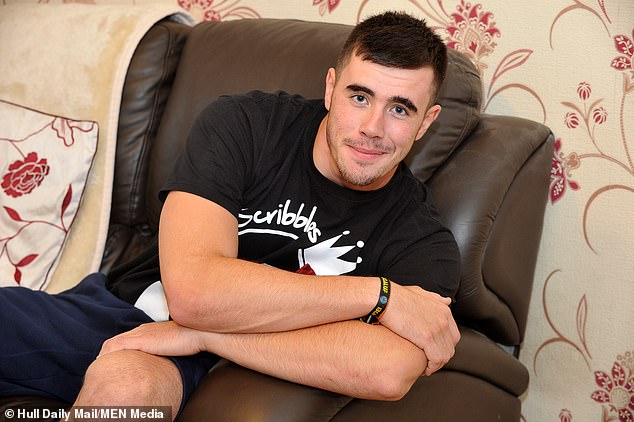 Mr Cox, 27, was found dead in his bed on April 30 last year, prompting an outpouring of grief from the rugby league world

The inquest heard Mr Cox was just 19 when he had his spleen removed after it ruptured during a game.

He broke many bones and had multiple surgeries to try to fix problems with his shoulders and knees, which caused him severe pain, including chronic back pain from the age of 23 or 24.

Mr Cox became hooked on a painkiller to ease the pain and regularly took well in excess of the recommended amount, including an overdose in 2015, the inquest heard.

He realised that his addiction needed to stop and sought help from the Sporting Chance Clinic and Hull ReNew.

The court heard he managed to abstain from the medication and even planned to become a counsellor to help others to combat addiction.

But the rugby star relapsed and at the time of his death he had an excessive amount of unprescribed painkillers in his system.

He was found lifeless in bed on April 30 having overdosed the previous night and could not be saved despite the best efforts of medics. 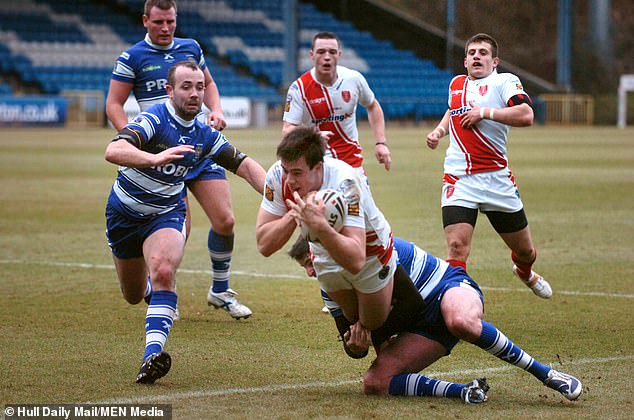 His mother, Amanda, said: ‘Jordan never complained about the pain he was going through and always wanted to play rugby even though his body was in pieces.

‘The painkillers were a way to cope with the pain. He would not entertain the thought of suicide – Jordan was scared of dying and the thought of nothingness.

‘He would not have left me and his grandma behind. I still don’t think I have come to terms with his death and the house is so empty without him.

‘As Jordan’s loving family we would like to thank all those that have supported us through these dark days.’

She added: ‘The general public of Hull have been tremendously kind and supportive – your emotional generosity has been a great comfort to us.

‘I sincerely believe he was looking forward to his future. His death was an unexplained tragedy and his life was taken too soon.’

Mr Cox’s ex-partner, Catherine Blowman, told the inquest: ‘I loved Jordan and I know he loved me. I look back on our relationship fondly. 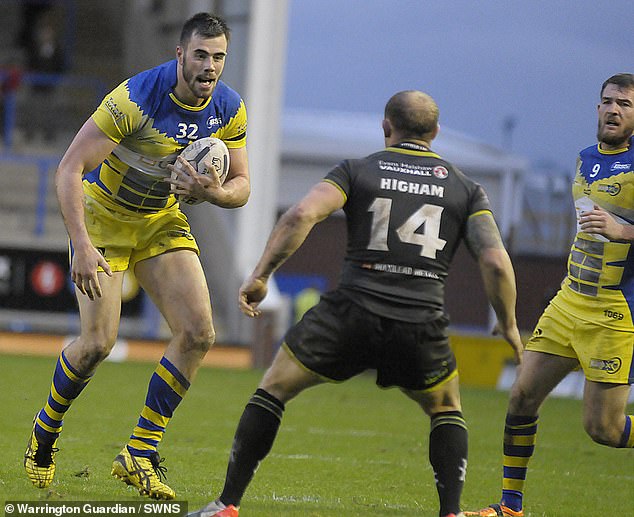 Ms Cox said her son (left) was first prescribed Tramadol in 2015, but soon started taking it to excess and eventually became addicted

‘Everyone thinks Jordan was this larger than life character which he can be, but in private he was a quiet, caring man.

‘He enjoyed his time sat at home, watching a film or TV and spending time with his family and his dog.’

Amanda added: ‘Jordan was a larger than life character that would make people laugh, he was the joker of the pack and could start a conversation with anyone.

‘Jordan was gentle, loving, kind and filled our lives with laughter and fun. It didn’t matter if you knew him for 27 years or 27 minutes – if he was your friend, you could share his laughter.

‘He loved playing rugby and loved life. He did experience a couple of serious injuries and Jordan suffered bouts of acute pain, which became a real problem for him.

‘To other people, he was a 6ft 5in, 18-stone rugby player, but to me he was my son Jordan who asked for a hug when he wanted one and would do anything for his grandma.’

Mr Sprakes said: ‘The medical cause of death is given as drug poisoning. This is an extremely sad, untimely and tragic death of a young man. Jordan was only 27 years old.

‘It is clear to me Jordan had taken his pain relief medication to such an extent that his body simply couldn’t tolerate it, which consequently led to his death.’