Runners who took part in a cancer charity race have been told their times were wrong because the route was tampered with.

Cancer Research UK, which organised the Race for Life 5k event in Leicester, said the 5km route was shorter than it should have been – by up to 2km.

The problem occurred because a section of the tape used to outline the course went missing, altering the route.

It means many of the 3,000 participants who flocked to Victoria Park to raise money for charity on July 7 only ran 3km. 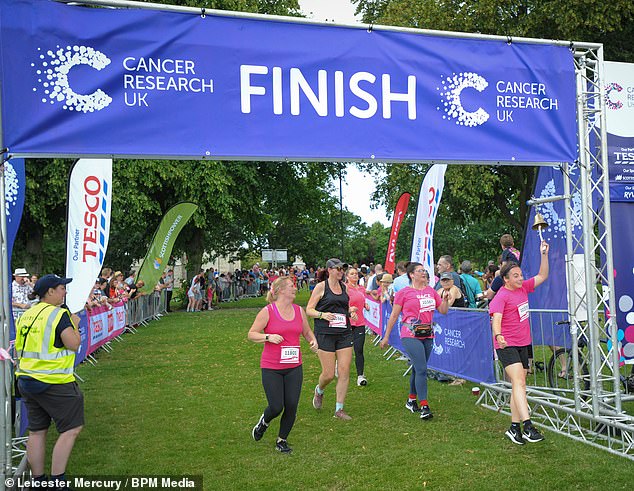 Amy Hall, Cancer Research UK’s Leicester event manager, suggested vandals were to blame for the blunder. She said the course was altered without ‘knowledge or permission’.

She added: ‘We spend a lot of time and effort planning each of our Race for Life events to make sure they are professional, safe and well communicated.

‘After the 5k event had started, we discovered a section of marker tape had gone missing.’

‘We launched an immediate investigation after the 5k event and we would like to apologise to all those who, for reasons beyond our control, missed out on a small section the 5k course.’ 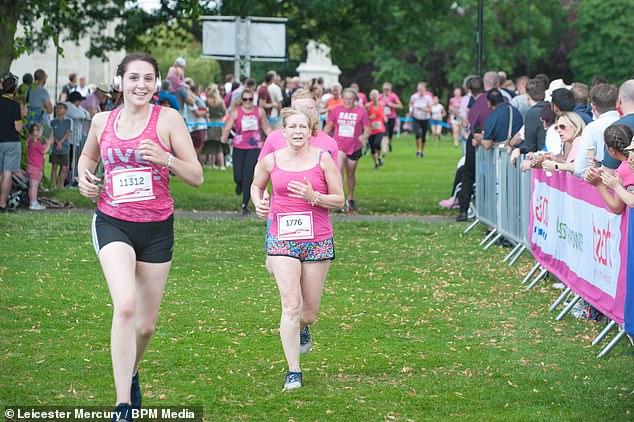 The blunder occurred because a section of the tape used to outline the course went missing, which altered the route

Ms Hall said there were no issues with the 10k event. It is unknown exactly how much of the course was missing, but some runners reported that their fitness trackers clocked that they missed as much as 2k of the 5k course.

Ms Hall said: ‘We hope it did not detract from the incredible atmosphere that came from more than 3,000 people coming together for one cause – to bring forward the day when all cancers are cured.

‘We’d like to like to thank everyone who took part and raised funds on the day. Last year, Cancer Research UK spent over £1 million on research in Leicester alone so every penny donated really does make a difference.’