RUSSIA boasts it now has the most modern and deadly military in the world – amid spiralling tensions with its old enemies within NATO.

Defence minister Sergei Shoigu said its state-of-the-art arsenal is now a far cry from the days when the Kremlin used to put “tin cans” on parade. 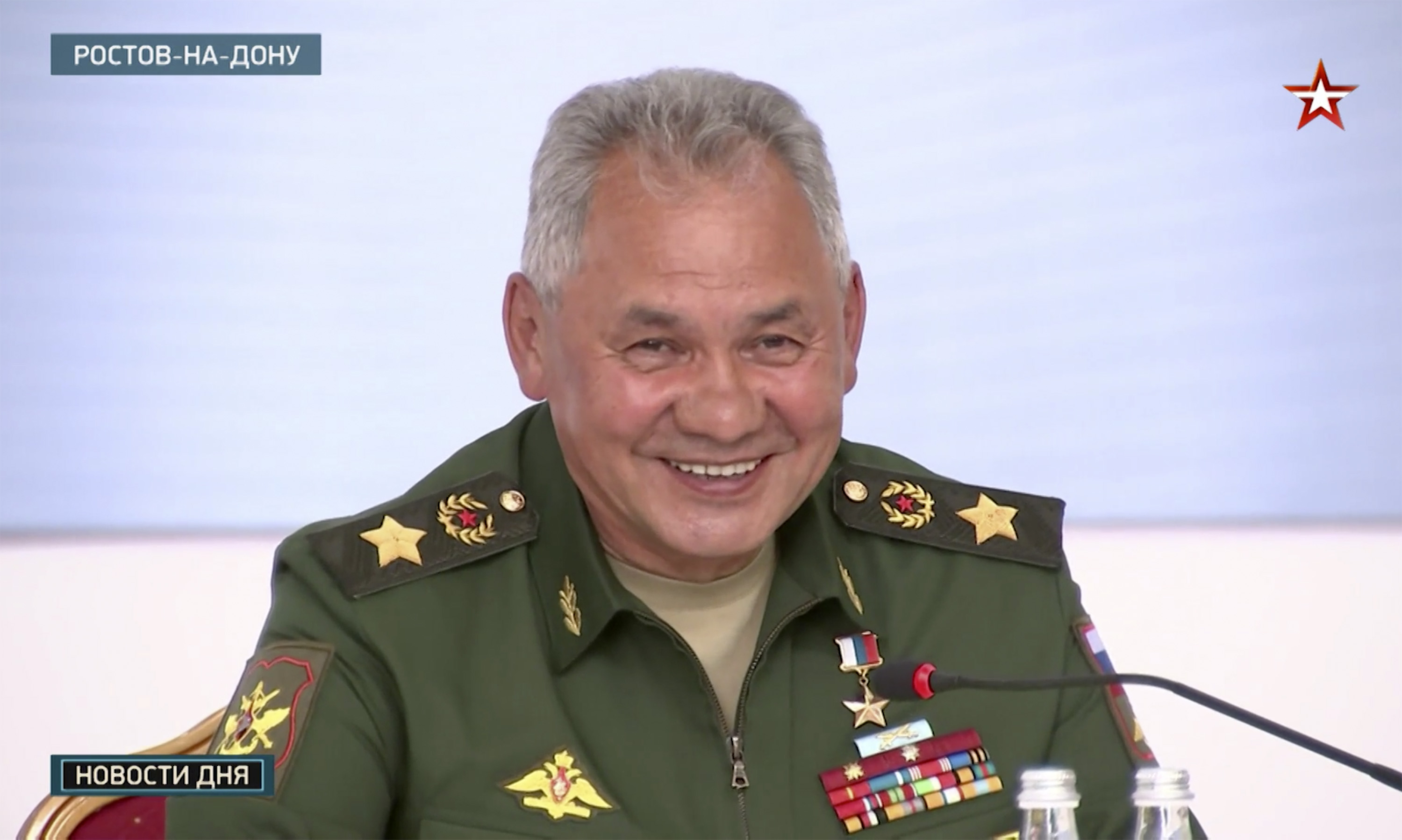 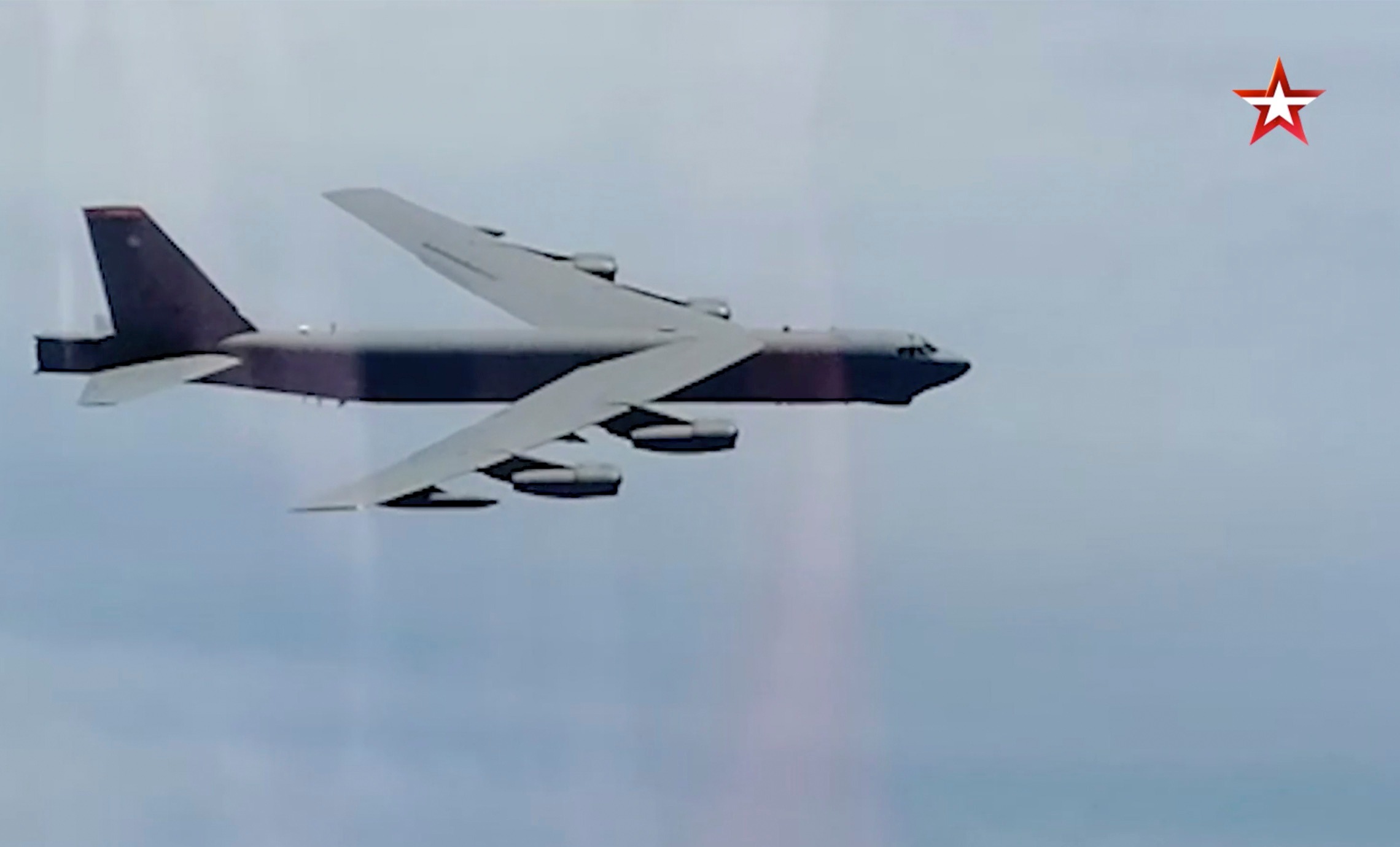 He was speaking as Vladimir Putin's military claimed two new flashpoint encounters with US military planes over the last 24 hours.

In the first incident MiG-31 and Su-35 fighters were scrambled to “escort” three US Air Force B-52H strategic bombers over the Bering Sea, according to the Russian National Defense Control Centre.

In the second, a MiG-31 was deployed to monitor a US Navy P-8A Poseidon spy plane which was “rapidly approaching” the Kamchatka peninsula in the Russian Far East.

“It was escorted over the waters of the Pacific Ocean along the southeastern coast of Kamchatka,” said a report of the incident.

Earlier this week there was a similar incident in the Black Sea – where a Royal Navy ship had a run in with Russian coastguard just last month.

“Russia has repeatedly reported the escalating activity of NATO aircraft near its borders, warning that such actions by the bloc near the country's territory might result in incidents,” stated state media outlet Sputnik.

Shoigu said that Russia now had the highest level of modernised weaponry among any army in the world.

"Today all understand and state, some with anger and some with approval, that the Russian army has over 70 per cent of advanced armaments and military hardware,” he said.

“This is the highest percentage among the world’s armies.”

He added: "Speaking about the strategic nuclear forces, the level of modern weaponry is more than 80 per cent.

“This figure equals 83 per cent for the strategic nuclear forces that are the backbone of the nuclear deterrence system, our nuclear shield.”

Russia has used the Syrian conflict to test more than 320 types of weapons, he said.

“Nine years ago we were told we were taking  another tin can to the parade,” he said before adding “Today no-one is talking about it.”

Among the Russian arsenal are a new hypersonic weapons including the Zircon – which is due to undergo final tests in the next fortnight.

Shoigu said Russia’s massive main naval parade in St Petersburg on 25 July “will involve 54 ships, including frigates from India, Iran and Pakistan, and more than 4,000 servicemen will participate”.

In May,  Putin vowed to defend Russia against threats from the West during a celebration to mark the end of Second World War.

He hailed the achievements of the Soviet Union in defeating Nazism at the vast Red Square military parade commemorating the 76th anniversary since the end of the war.

In the huge parade, there were 12,018 troops and 191 pieces of military hardware, including intercontinental ballistic missile launchers.

Rattling over the cobbles of Red Square were the Yars ICBM launchers, BTR-82A APCs and advanced wheeled armoured personnel carriers based on the Boomerang platform. 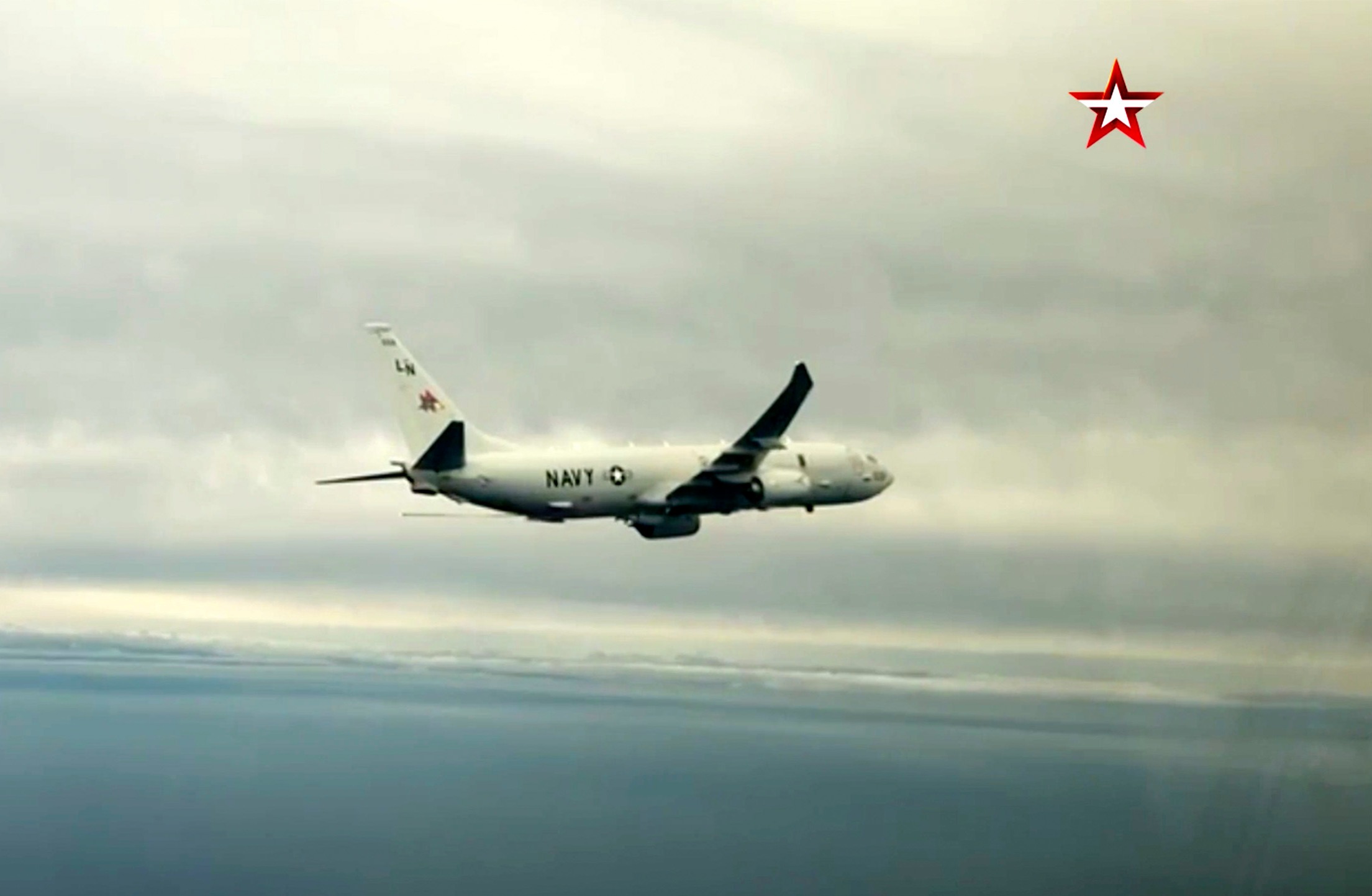 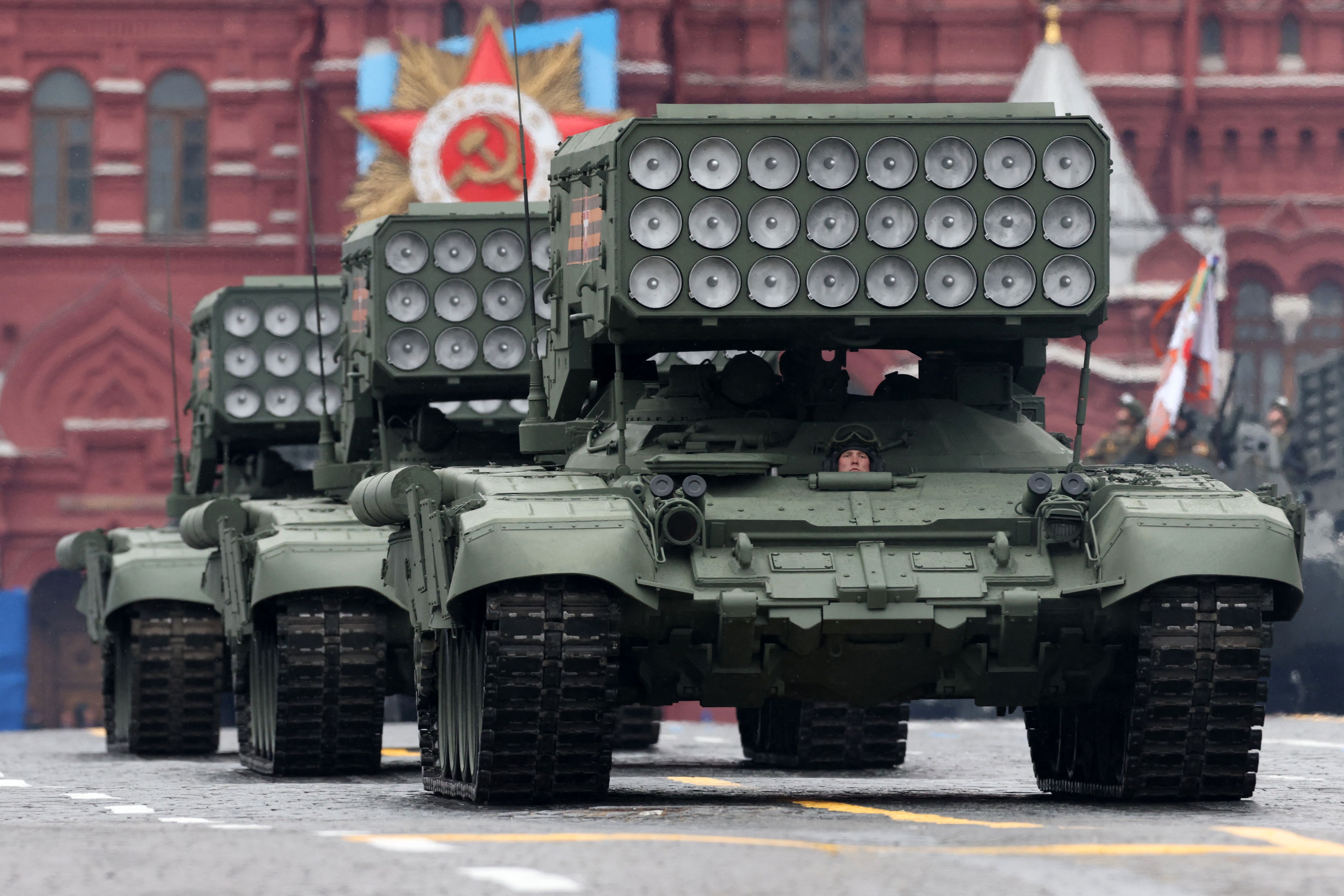 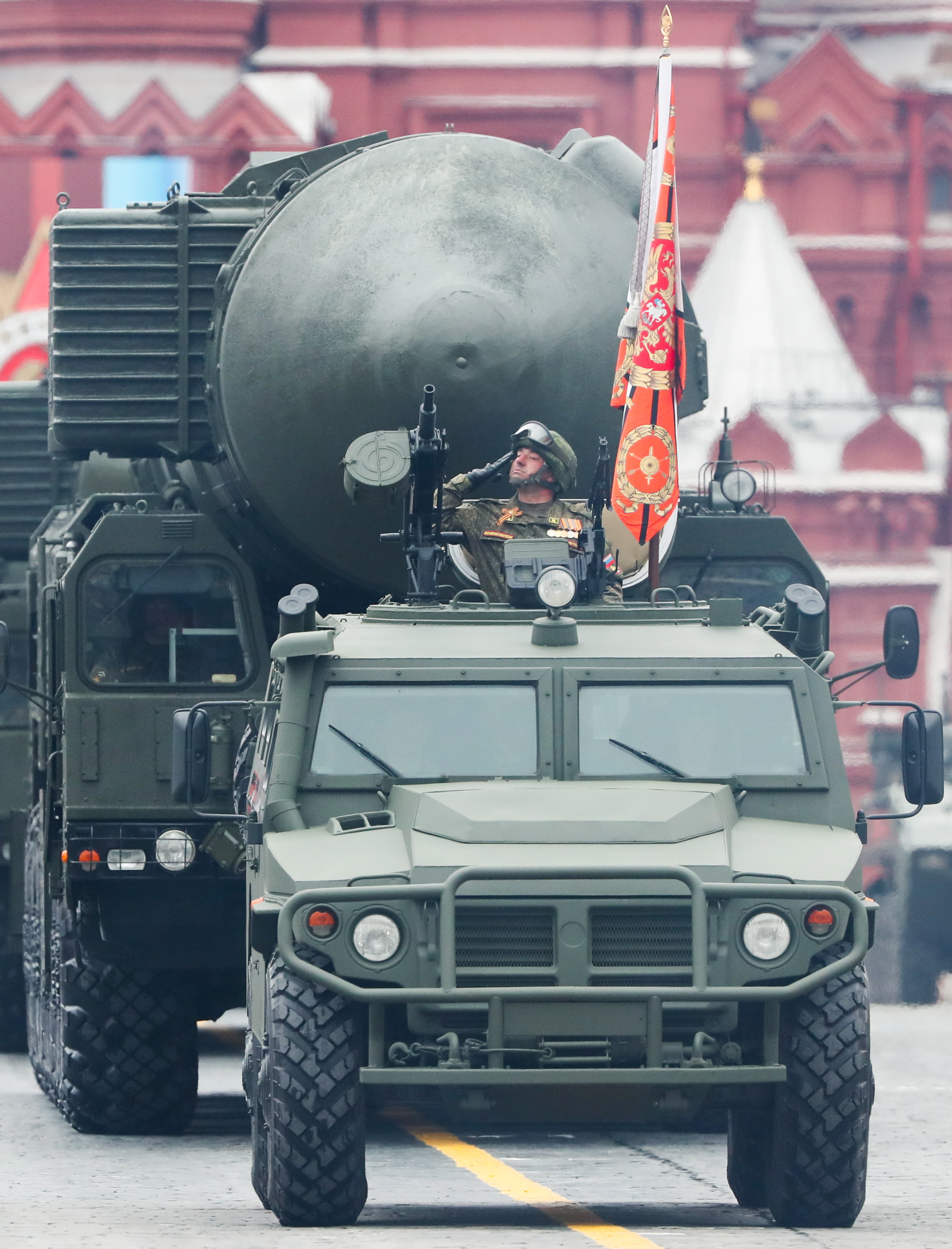