PRIMARY school pupils in Russia have been filmed carrying imitation guns and chanting songs about being "merciless" to the enemy during a bizarre military parade.

The kids – some as young as seven – took part in the show following a call from Vladimir Putin’s top security official to boost military training among the country's youth. 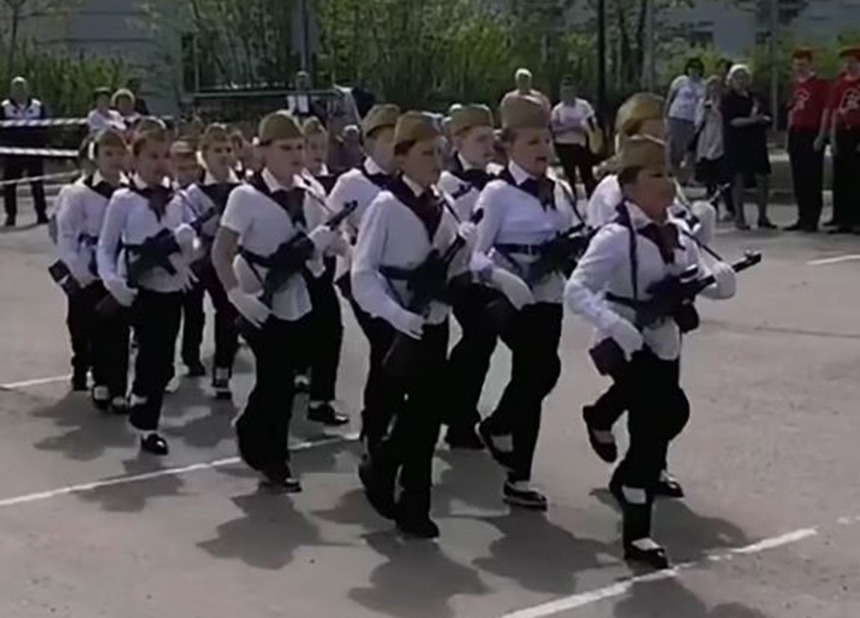 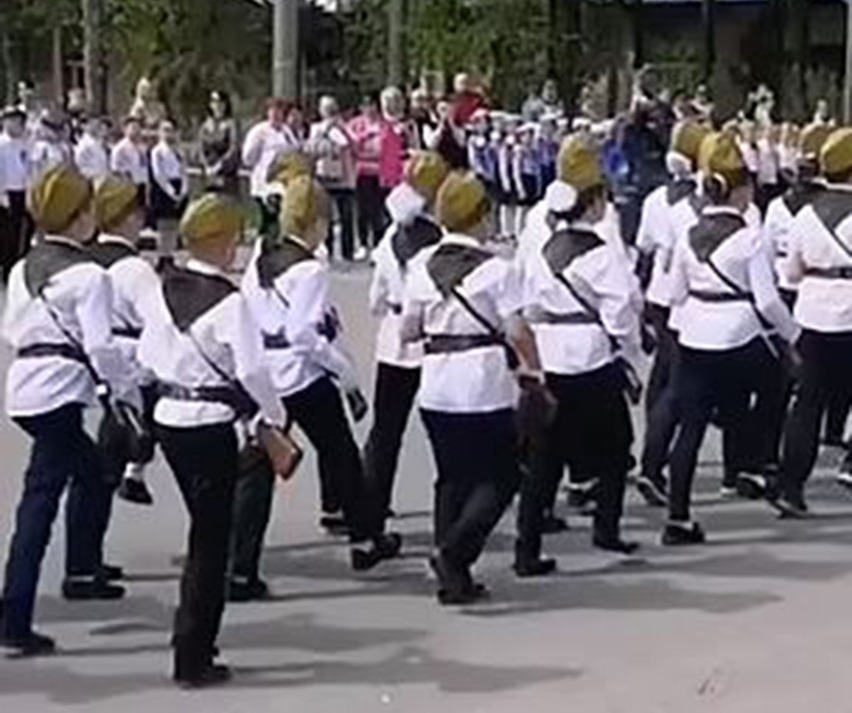 They proudly sang out loud as they marched through their playground and onto the streets of the industrial city of Elektrostal, which is just 36 miles east of Moscow.

They hollered: “We are Russians, God is with us….The Russians are coming.”

The song also included the lines: "There is no forgiveness to your enemies” and “The last breath is for the Motherland.”

The march for boys and girls came as tensions between Russia and the West approach Cold War levels.

Spymaster Nikolai Patrushev, head of the Kremlin’s security council, has demanded a boost in Russia’s youth army – which already numbers 803,000.

Critics have alleged the Yunarmia resembles the Hitler Youth in Nazi Germany, and also alleged rising militarisation in Russia.

Patrushev – who once headed the feared FSB security service – called for “creating and developing training centres in regions for the military and patriotic upbringing of young people”. 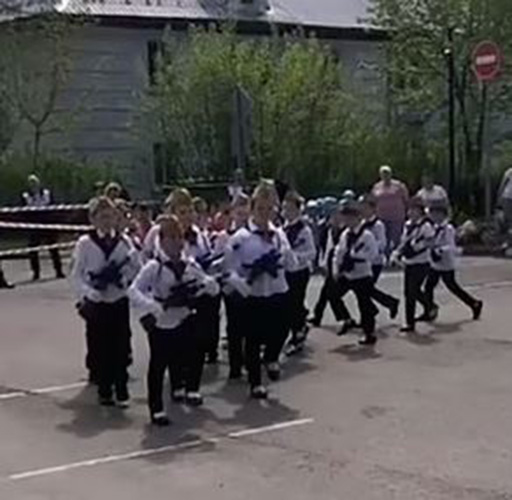 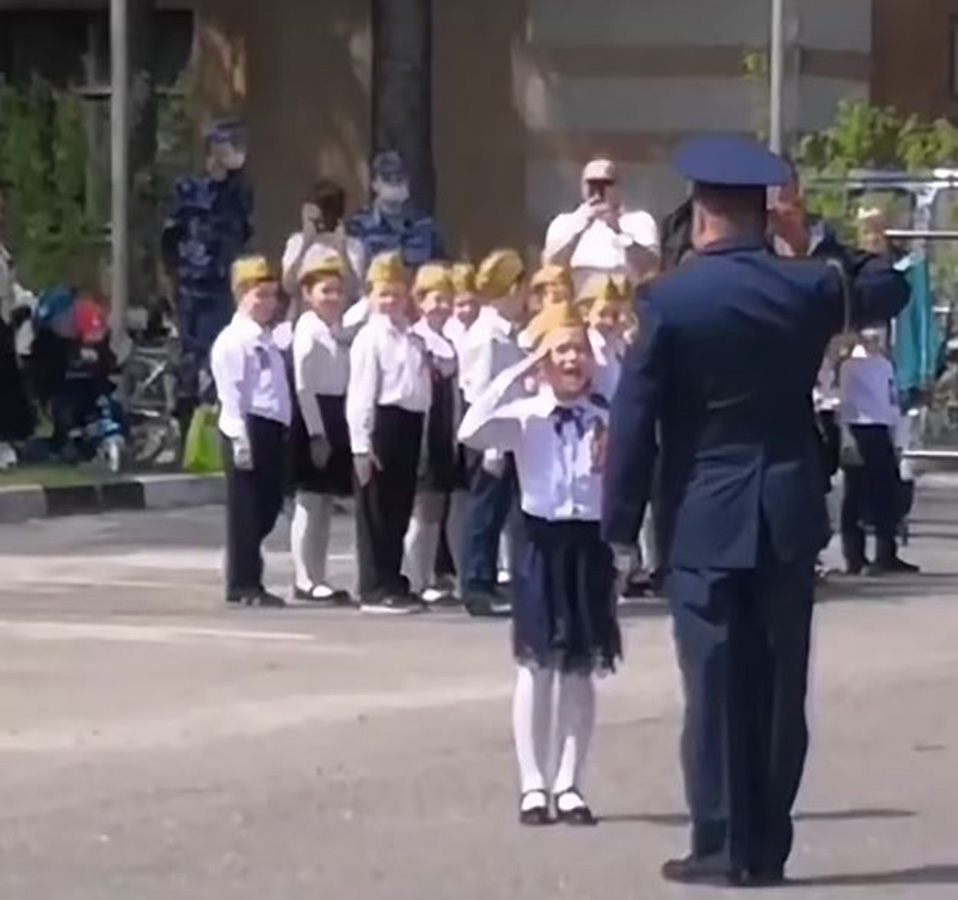 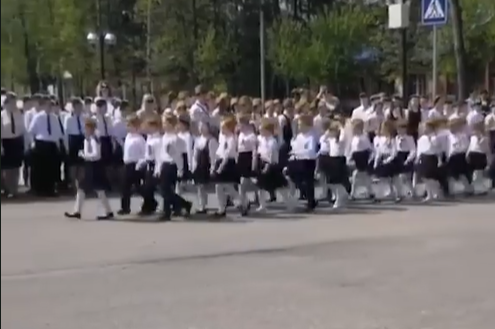 This would help to combat extremism and “pro-Western liberal values”, he said.

But the parade in Elektrostal – not specifically linked to Yunarmia – has been criticised by a psychologist Elena Kuznetsova for glorifying war and death.

She said children should not wear military uniform and that the organisers portrayed war as some kind of holiday.

“For most of our ancestors in the war years, these clothes were a posthumous garment,” she told Takie Dela news outlet.

“The military uniform is a dress for death. To suffer an untimely death, to meet it yourself, prematurely.

“Leaving traces of grief wherever such uniform boots step. Children need to buy clothes about life, not about death.”

However the organisers of the event insisted it was "not a parade, but a school check of marching and songs.”

School deputy head Elena Karpacheva said children aged nine had carried “toy guns”, while others aged seven to 16 had only marched and sung.

The school has links to the Federal Penitentiary Service (FSIN) in Russia, which took part in the event.

In 2019, we told how one of Putin's military leaders had complained that Russian kids were “afraid of machine guns” and did not even know how to throw a grenade properly.