This is the horrific moment a man was killed as he demonstrated the dilapidated condition of his balcony to a municipal housing official.

Igor Antoshkin, 57, had warned for years over the danger of the balcony in the Russian city of Engels falling and injuring people below.

When an inspector finally came to check, the man went onto his fourth floor balcony and remonstrated over its poor condition. 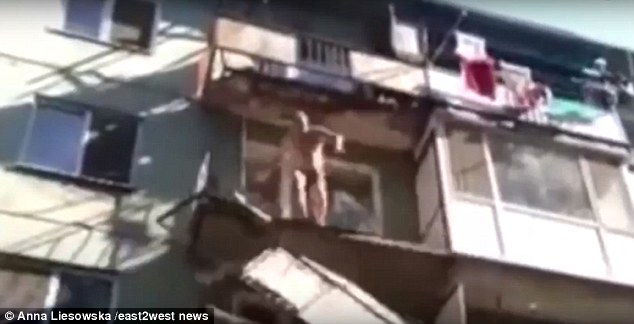 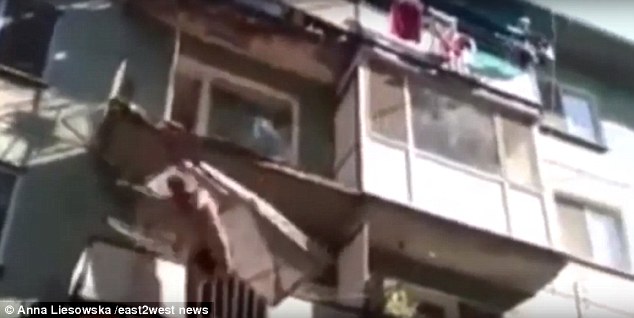 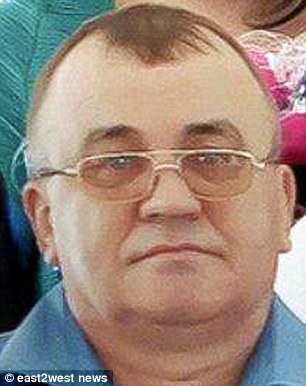 He shouted and had jumped to highlight it was rotten.

As he videoed Antoshkin’s complaints, the inspector shouted: ‘Come down, and sign a petition. It will be repaired.

‘Dear God, you will fall down in a minute.’

At this moment the balcony came apart and the resident fell to the ground.

An ambulance was called and the injured man was taken to hospital where he died later.

The dead man’s widow Lyudmila said her husband had repeatedly reported the dangerous balconies in their block.

Once she was nearly beheaded when a lump fell off the balcony above as she was putting out her washing.

‘It broke right next to me,’ she said. Her husband died on his 57th birthday. 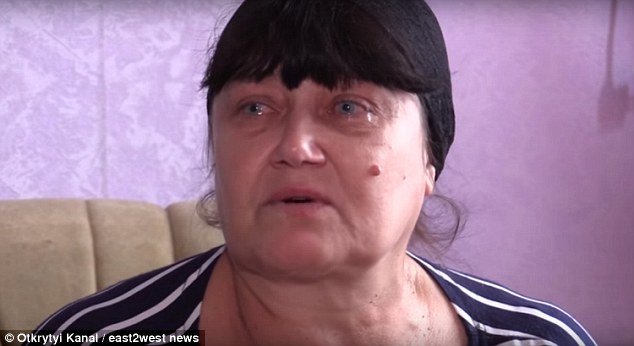 Police have opened an investigation into why no action had been taken on the man’s complaints about the state of the balcony over several years.

A police source said: ‘The reasons will be studied as to why the balcony was in such a rotten condition and who exactly is responsible for supervising it, and the necessity of repair.’