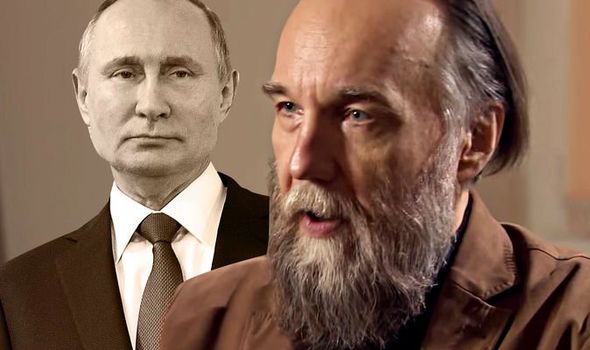 Ideologue Aleksandr Dugin wrote a 1997 book called “Foundations of Geopolitics” and while this book has not been translated from the original Russian, it is believed to have been used as a textbook in the Russian General Staff Academy. It details how a Russian leader could attempt to build a massive Eurasian empire. Mr Dugin is believed to possess strong links to the Kremlin and Russian military.

The scholar appeared on BBC Newsnight in 2016 to discuss some of his more philosophical ideas.

Though the now 57-year-old did not explicitly mention his book, he did reject the notion the United States was at the top of a unipolar world order argued they will be too scared of conflict with Moscow.

He said: “The United States is not anymore unique master, so let’s recognise that there will be no war.

“We are going to fight up to the end, in order to show to everybody that United States is not anymore unique master. 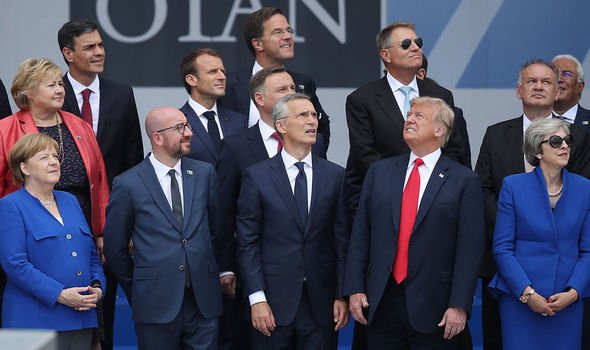 “We are entering in the multipolar world.”

The first action in Mr Dugin’s masterplan is reforming an alliance with Germany.

The agreement would allow Germany to create a sphere of influence in the nations in the countries separating it from Moscow, with the exclave of Kaliningrad on the Baltic coast being a potential trade-off in the deal.

It had been German under the name Konigsberg until the end of the Second World War if this plan works an alliance with France is next on the list, but Mr Dugin rejects the chance of an alliance with London, so they should be cut off politically and economically from Europe. 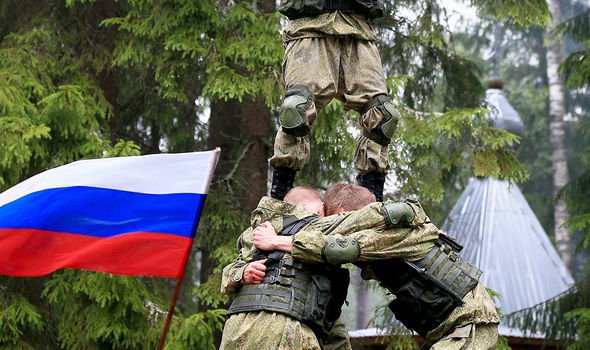 The Baltic states are next on the list with Estonia offered to Berlin’s sphere of influence and Latvia and Lithuania being either invaded or coming to the new Russian Empire in as special designated zones.

The next stop on the stage would be Finland, which was historically difficult for Russia to take over and keep, but the fact it is not a NATO member may slow down any potential rescue from the West.

The states in the Balkans share Russia’s Orthodox faith and have similar writing systems and languages, so supporters of this plan hope they would ally with Moscow.

Ukraine, which currently is under fire from pro-Moscow forces, should be incorporated around this point or whenever it is convenient in Mr Dugin’s plan. 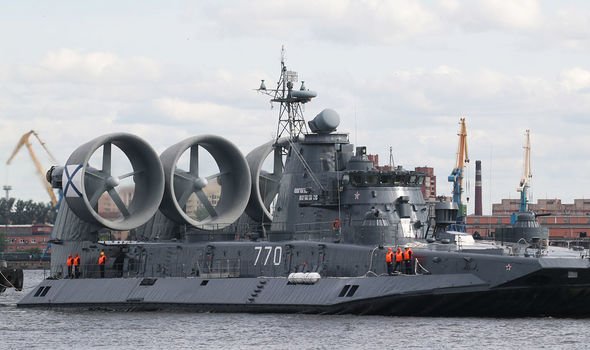 The plan would then focus on the other parts of the former USSR with Moscow taking advantage of anti-American sentiment in Iran to form a military alliance to take over Azerbaijan and with Armenia relying on a Moscow military alliance for its safety, they could be incorporated in the fold also.

Russia was locked in a war with Georgia as recently as 2008 and Mr Dugin’s plan would be to strike into Georgia to incorporate into the new superstate.

Moscow should then attempt to cause unrest in Turkey to distract them from the developments around them, if Greece has joined an Orthodox alliance at this point too, NATO may no longer be unable to deny access to the Mediterranean Sea, expanding Russia’s potential theatre for war.

The plan then changes theatre into the parts of the world not historically allied with or part of the former USSR.

Though Mr Dugin’s plan is regarded by some commentators as overly optimistic and impractical, Leonid Isashov, a senior figure in Russia’s Ministry of Defence helped to draft it.