Sajid Javid tells of his horror at the Windrush scandal

‘It could have been me, my mum or dad’: Cabinet minister Sajid Javid tells of his horror at the Windrush scandal as he pleads with voters not to punish the Tories at local elections for it

Sajid Javid has revealed his horror at the Windrush scandal –  and that his immediate thought was ‘it could have been me, my mum or dad’.

The Local Government Secretary, whose parents came to Britain from Pakistan in the 1960s, said he was ‘really concerned’ when he heard the accounts of those caught up in the fiasco emerge.

But he pleaded with voters not to punish the Tories in local elections this week for the scandal – insisting the Government is cleaning up the mess.

His intervention comes as Amber Rudd is battling to cling on to her position as Home Secretary amid accusations she has lost her ‘grip’ on her department.

London Mayor Sadiq Khan has today called for her to go and Labour is urging the PM to launch a formal investigation into whether she misled MPs  over deportation targets. 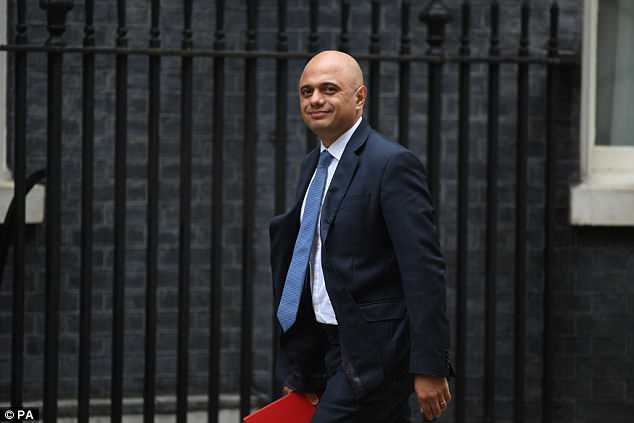 The Local Government Secretary (pictured in Downing Street last week)  whose parents came to Britain from Pakistan in the 1960s, said he was ‘really concerned’ when he heard the accounts of those caught up in the fiasco emerge

Speaking to The Sunday Telegraph, he said:  ‘I was really concerned when I first started hearing and reading about some of the issues.

‘It immediately impacted me. I’m a ­second-generation migrant. My parents came to this country from Pakistan, just like the Windrush generation.

‘They came to this country after the Second World War to help rebuild it, they came from Commonwealth countries, they were asked to come in to [do] work that some people would describe as unattractive – my dad worked in a cotton mill, he worked as a bus driver.

The Windrush scandal has seen immigrants who came from the Caribbean to Britain to hep rebuild the country in the wake of the Second world War threatened with deportation.

They have told how they lost their homes, jobs, were locked up in deportation centres and stripped of vital NHS treatment in the fiasco. 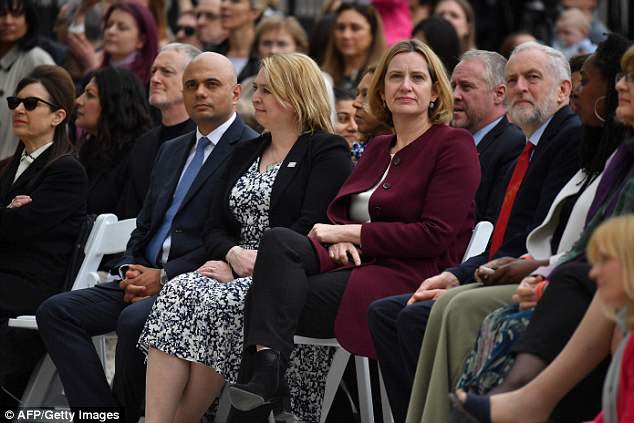 Critics have pointed the finger at Theresa May – saying that she was responsible for the scandal by introducing tighter laws which required the immigrants to provide documents to prove their right to stay here.

And she introduced the ‘hostile environment’ immigration policy – which was supposed to make life far tougher for illegal immigrants.

And Ms Rudd is barely clinging on to her job after it emerged the Home Office does use deportation targets – contradicting evidence she gave to MPs.

Ms Rudd hs insisted that she had no idea the targets were in pace, but a memo sent  to her las June included details of the targets.

Mr Javid admitted that the scandal could harm his party’s chances at the ballot box on Thursday when much of the country goes to the polls in local elections.

But he urged voters to back the Tories to sort out the debacle.

Spelling out his message to voters, he said: ‘Please look at the response to Windrush, and the apology, in terms of trying to put things right.

‘And, secondly, the bigger picture about how this Government has been committed to trying to deal with the ­injustices in society, some of which matter more to people from ethnic minorities.

‘It felt very personal to me as well and that’s why I’m pleased that as soon as it came to light, that the Prime Minister and the Home Secretary in particular acted so decisively.’