Sajid Javid’s eldest brother, 51, drowned in the bath at a five-star hotel just minutes from his home after taking painkillers and alcohol, inquest hears 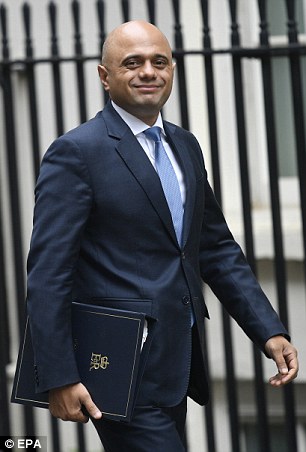 The Home Secretary’s eldest brother was found drowned in the room and had significant levels of alcohol and codeine in his system while also suffering from serious heart disease, an inquest heard today.

West Sussex coroner Penelope Schofield today described it as an ‘unnatural death’ and ordered a full inquest to be held next year.

The businessman was the eldest of five brothers who include the current Home Secretary, who today was speaking at the Police Superintendents’ Association annual conference in Leicester watched by sibling Bas Javid, who is a West Midlands Police commander.

The quintet have been hailed as ‘power brothers’ due to their rags to riches life stories with another a financial adviser and one who is a multi-millionaire landlord.

Tariq Javid’s drowned body was found in a room at the South Lodge Hotel in Lower Beeding and was identified by his brother Basit.

No details of how the divorcee drowned or why he was staying at the hotel just three miles away from this home in Brighton Road, Horsham.

A full inquest hearing to ascertain this will take place early next year and will be overseen by West Sussex senior coroner Ms Schofield.

She said: ‘In respect of the evidence heard this morning I feel it is an unnatural death and the matter needs to proceed to an inquest formally.’ 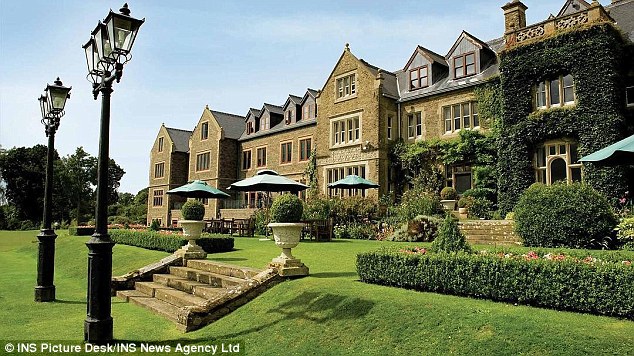 He died at South Lodge Hotel near Horsham, less than three miles from his West Sussex home

Tariq followed in his father’s footsteps, as he had owned a clothes shop in Bristol after working as a bus driver. 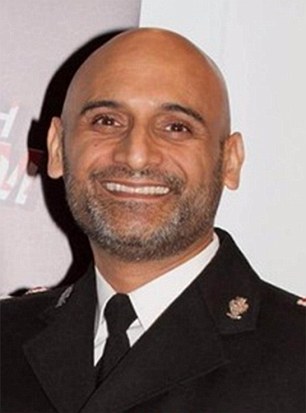 Abdul-Ghani Javid’s business was called Scallywags, and was in the middle of a notoriously crime-ridden part of the city.

Mr Javid Senior arrived in England with the boys’ mother Zubaida with only £1 to his name in 1961.

The couple settled in Rochdale but later moved to Bristol to pursue their retail business.

Despite the five siblings’ difficult start in life, all five brothers have gone on to big things in their respective fields of business, politics and public sector roles.

Announcing the death last month, the Home Secretary’s official spokesman said in July: ‘I am very sad to confirm that Sajid lost his eldest brother Tariq, who will be sorely missed by the whole family.

‘He would like to extend his thanks to the many people sending their condolences and good wishes. He would also ask that his privacy and that of his family, be respected at this time of grief.’

Sajid Javid was the first Muslim to hold one of Britain’s great offices of state.

Meanwhile his brother Basit is a senior police officer, Khalid is a financial adviser and Atif is a multimillionaire property tycoon. 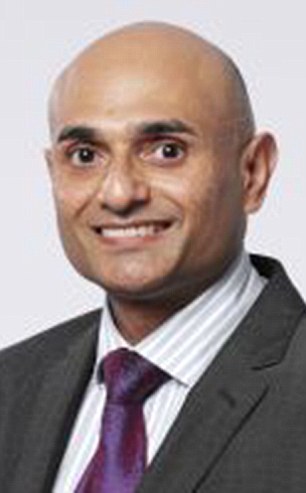 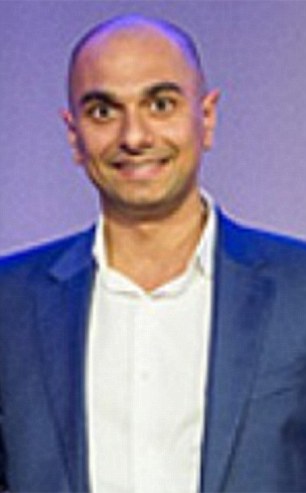 The five star luxury hotel where Tariq died is set deep in the Sussex countryside and markets itself as an exclusive choice for a romantic getaway or special occasion.

The hotel hosted the G-20 London Summit in 2009, where then-Chancellor of the Exchequer, Alistair Darling and the other world finance ministers and central bank governors from the European Union stayed in several of its 89-Jacobean style rooms.

Sir Winston Churchill was also a regular guest and close friend of its owners, with his former favourite room now a £530-a night luxury suite.

The corridor through to the Sussex Wing from the Billiard Bar now marks the place where a lift used to take him up to the Elizabeth Le Bay room.

For between £575 and £639 per night, guests can stay in the ‘Hot Tub Suite’ – rooms equipped with private hot tub and a balcony with a garden view over its 89-acre grounds.

The hotel boasts ‘every single room is individually styled and designed so that no two are the same… We provide flawless attention to detail and homely charm in bucket loads as well as the most spectacular views over the South Downs.’