London: Sarah, the Duchess of York is likely to be subpoenaed if Prince Andrew fails to get his sexual abuse case thrown out, royal courtiers fear.

The Duke has vowed to “robustly engage” in the legal process, as his lawyers prepare to fight against his accuser, Virginia Roberts Giuffre, and examine her “multiple inconsistencies” in forensic detail. But his team is aware that if the case reaches the discovery stage he faces the “intrusive” process of having to hand over a raft of personal documents and information, while closest relatives and aides could have to testify. 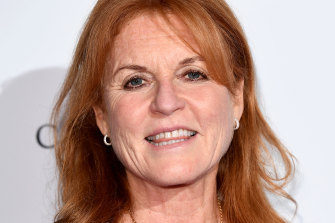 Bradley Simon, a former federal prosecutor in New York who now works as a defence attorney specialising in complex civil litigation, said: “They’re going to ask for the kitchen sink.

Giuffre claims she was forced to have sex with the Duke in London, at Jeffrey Epstein’s Manhattan townhouse and on his Caribbean island. In his BBC Newsnight interview, the Duke said that on the night she alleged they were in London he had taken his daughter to Pizza Express in Woking.

He said he knew he was there because the Duchess, his ex-wife with whom he lives, was away and that they had a simple rule in the family, that when one was away the other was there. 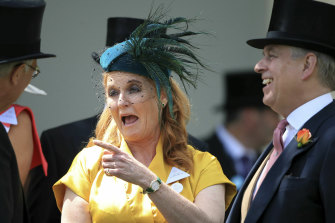 The Duchess of York and Prince Andrew pictured together at Ascot Racecourse in 2019.Credit:AP

Courtiers acknowledged that as the Duchess’s whereabouts had been invoked as part of his alibi, she was likely to be summonsed by Ms Giuffre’s legal team. One noted that it was a “pretty traumatic” process, which his legal team would enter only with “due caution”. While depositions and evidence gleaned through discovery are ostensibly confidential, they can later be unsealed in certain circumstances, as socialite Ghislaine Maxwell found last year when sworn testimony about Epstein was released by a court.

The Duke has until Oct 29 to respond to the civil suit, with a remote hearing scheduled for Nov 3.

His team, led by US counsel Andrew Brettler, hopes to get the case thrown out before it gets to discovery and depositions, either by using the confidential settlement Ms Giuffre signed with Epstein in 2009 or by challenging jurisdiction. Mr Brettler told the judge at a recent hearing that the 2009 agreement released the Duke and others from “any and all potential liability”.

Ms Giuffre’s lawyer, David Boies, has described it as “irrelevant” but acknowledged that the Duke had “a right” to access the financial settlement. Epstein’s estate has also given permission for it to be unsealed, although the final decision rests with a judge.

Another option would be to try to settle, an option that experts suggest both sides would be “crazy” not to consider.

While in the UK, such a move would be interpreted as an admission of guilt, Mr Simon said that in the US it was common practice for many different reasons. “He might be as innocent as could be and he’s just decided, with a cost benefit analysis, that he doesn’t want to go through this,” he said.

Mr Simon said that the discovery process would be “intrusive”, suggesting that, as the Queen’s son, the Duke was “between a rock and a hard place”.

“His options are limited,” he added. “His best course of action would be to settle quietly, but it seems like the plaintiffs want to have a big public spectacle here so it may not be that he could settle.” A spokesman for the Duchess of York declined to comment.