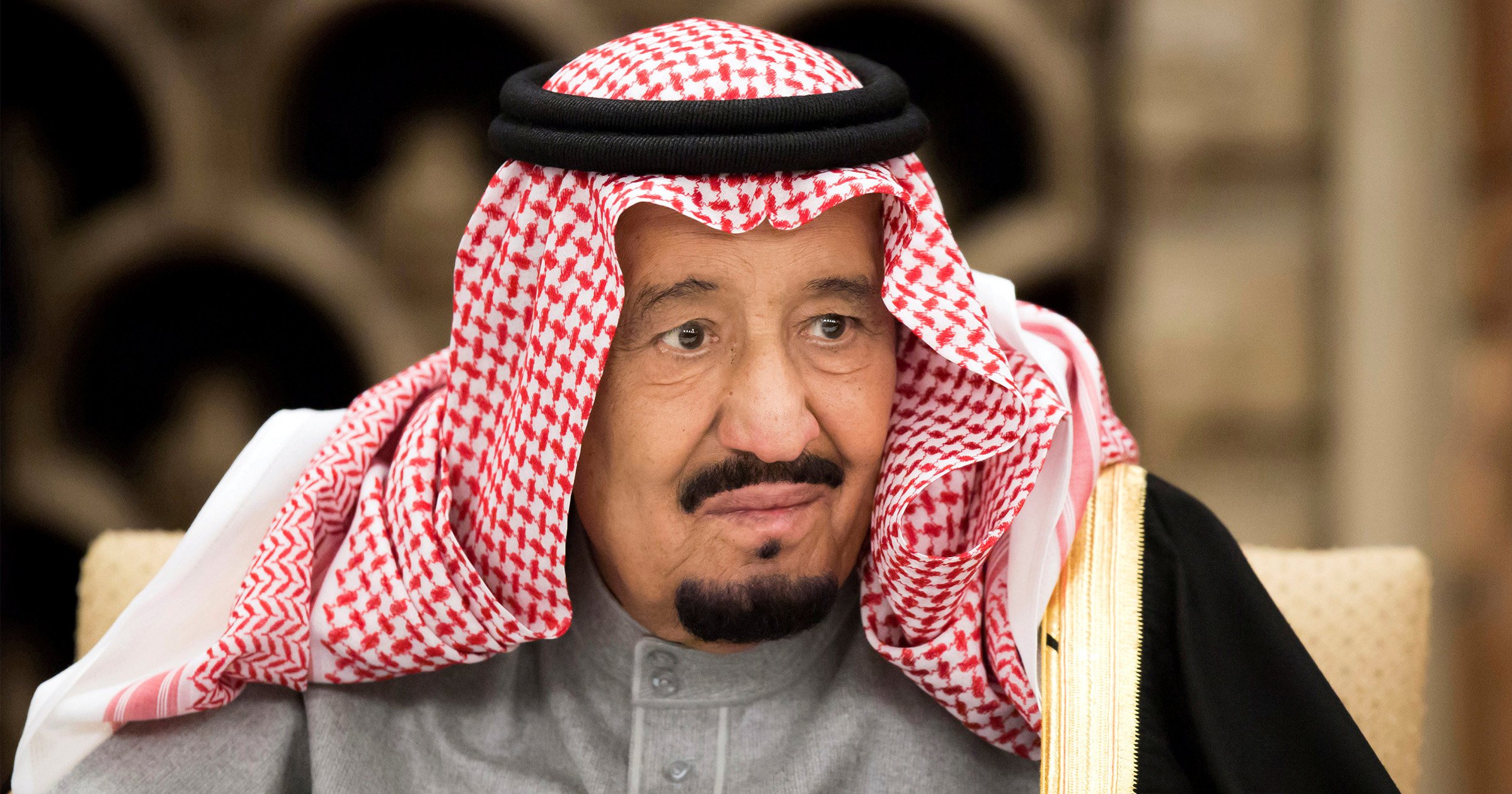 Speculation has mounted over the health of Saudi Arabia’s King Salman after he was taken to hospital just weeks following an operation to change his pacemaker battery.

Officials said the 86-year-old was undergoing ‘medical examinations’ but would not provide any details about his condition.

The monarch holds absolute power over the kingdom, although he has handed control of day-to-day affairs to his 36-year-old son, Mohammed bin Salman.

A statement from court officials said: ‘May God preserve the Custodian of the Two Holy Mosques and may he enjoy health and wellness.’

It is rare for the secretive royal court to report on the health of the king or his family.

Despite announcing his pacemaker battery change in March, no official confirmation of any heart condition has ever been issued.

The only other information released by the court referred to further undisclosed ‘medical tests’, which were said to have been ‘successful’.

Speculation over King Salman’s health first arose in 2017 amid widespread reports he was planning to abdicate the throne in favour of Crown Prince Mohammed, which were dismissed by officials.

In 2020, he had surgery to remove his gallbladder after an extended stint in hospital.

The king appeared to be in good spirits in his most recent publicly-photographed meeting, a summit with Turkey’s president, Recep Erdogan, at the end of April.

Mr Erdogan later met with Crown Prince Mohammed, who has undertaken drastic reforms and brutally cracked down on dissenters since effectively taking power.

The meetings were the first between Turkish and Saudi leaders after four years of hostility sparked by the murder of Saudi journalist Jamal Khashoggi, whose body was chopped up and dissolved in acid in the Saudi embassy in Istanbul in 2018.

After changing its story multiple times, Saudi Arabia eventually admitted its officials had planned the murder and imprisoned a number of unnamed officials.

Mohammed Bin Salman denied any prior knowledge of the plot, though the CIA announced that it had confirmed the prince had personally ordered his spies to kill the journalist.