Boy, 15, who posted messages about suicide on Instagram hanged himself in his bedroom before he was found by his brother when he didn’t come down for his tea, inquest hears

A schoolboy who had posted messages about suicide on social media was found hanged by his brother in his bedroom when he didn’t respond to calls for his tea, an inquest has heard.

Dixon Strachan, 15, hanged himself in a room he shared with his brother at their parents home in the leafy village of Calder Vale, Lancashire, in February 2019.

A brief inquest that year ruled the Year 11 pupil’s death was accidental, because there was ‘no evidence’ that he had deliberately taken his own life.

But just months after the initial hearing, Dixon’s family checked his phone after it was returned to them by police, and found messages on Instagram suggesting the teenager had been depressed and suicidal.

Lawyers later had the investigation reopened by the High Court and a fresh inquest was ordered where Mr Taylor overturned his own narrative verdict on Dixon and replaced it with a conclusion of suicide.

The teen was found by his brother when he had not come downstairs for his evening meal after being called by his mother, Gemma Wall. He was taken to hospital but died later in Alder Hey children’s hospital in Liverpool.

Police did examine Dixon’s phone at the time but it was said no evidence was found as to a possible motive for the tragedy. 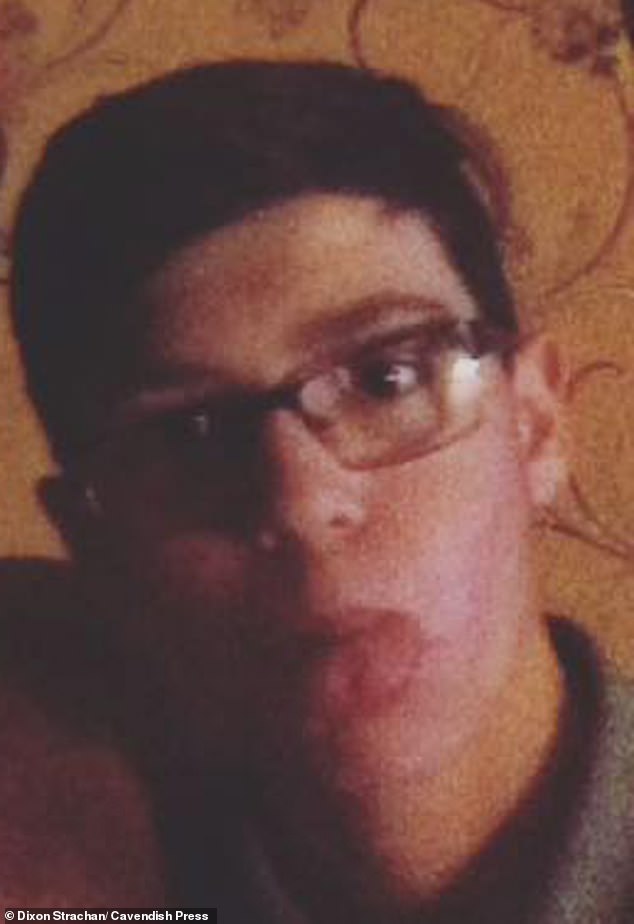 Dixon Strachan, 15, had sent suicidal messages on social media and was founded hanged by his brother at his home in the leafy village of Calder Vale, Lancs., when he didn’t respond to calls for his dinner 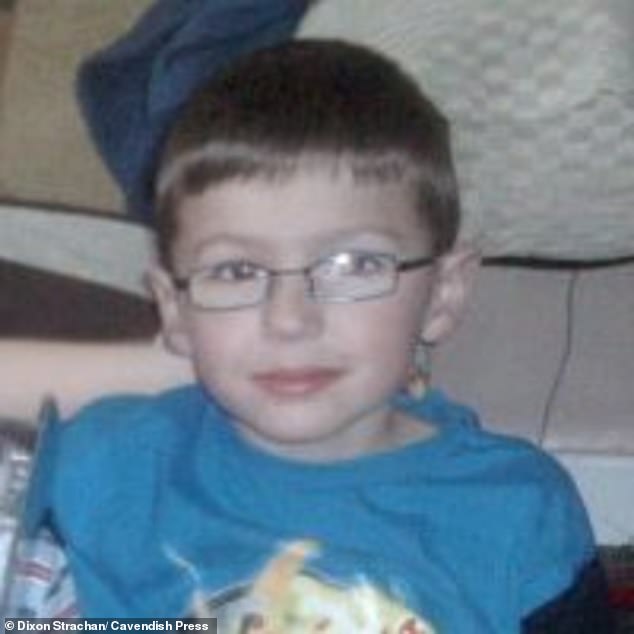 A coroner had ruled the Year 11 pupil’s death as ‘accidental’, adding there had been ‘no evidence’ that he had deliberately killed himself

On the day of his death, his family said there had been nothing ‘unusual’ about the Year 11 pupil’s behaviour – noting he had been playing with his brother, Archie.

At the first inquest heard in June 2019, there was no discussion of any mobile phone evidence suggesting the teenager had considered taking his own life.

But months later, Dixon’s brother discovered Instagram messages which had ‘clearly demonstrated’ he had considered taking his own life.

In January 2017, a troubled former classmate of his was found hanged in the back garden of his family home in the same village which has a population of 2,148 on the edge of the Forest of Bowland – but their deaths were not said to be linked.

The detective sergeant who investigated Dixon’s death has now retired.

This week at the new inquest held in Preston, Lancs which lasted 30 minutes, Mr Taylor who is senior coroner for Lancashire East did not disclose details of any of the Instagram messages posted by Dixon in the days before his death.

But he said: ‘The police used their own software to examine the phone and they had to be very careful in case they destroyed anything.

‘They cannot be expected to find everything. It seemed very easy for your son to find what was there – but nothing was deliberately missed, it was just not found.’ 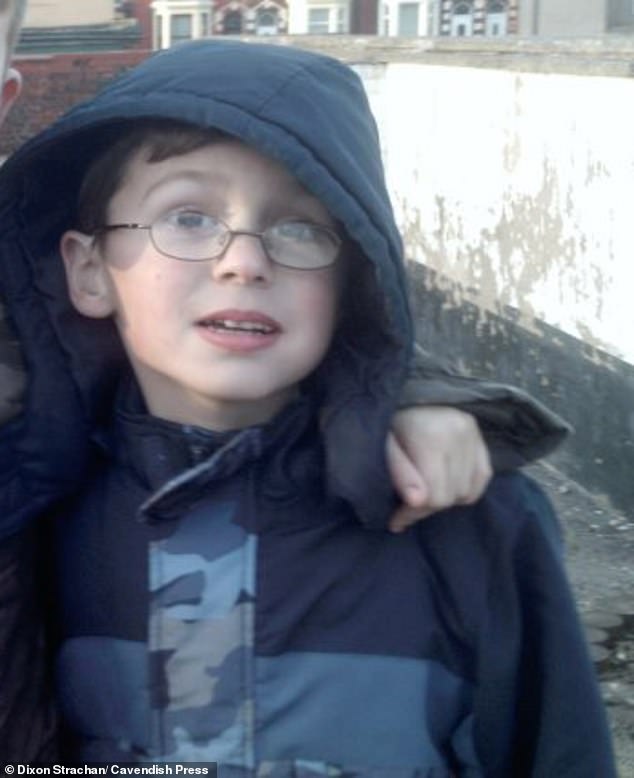 On the day of his death in February 2019, his family said there had been nothing ‘unusual’ about the Year 11 pupil’s behaviour – noting he had been playing with his brother Archie

Year 11 pupil Dixon, who was studying for his GGCEs at Garstang Academy, had been applying for college places and his death came as a ‘bolt out of the blue.’

He was described as a ‘fun, caring, enthusiastic person who always made people laugh and smile no matter what’ and in the days before his death had been applying for college places.

Mr Taylor told Dixon’s mother Gemma Wall who attended the latest inquest: ‘We did not have the full story and the High Court have agreed to reopen this inquest. The case was first opened on March 4 2019 and I gave very brief circumstances surrounding his life at the time.

‘We heard brief circumstances that he had been called down for the evening meal. He had not come down so one of his brothers went upstairs and found he had hung himself. You had talked about Dixon having migraines. You talked about him coming from school on the Wednesday before he died and him not being well.

‘You said he enjoyed school and would get up early. You said he had never given any indication of any depressive feelings.

‘On Feb 10, 2019, you had gone out to get the children something to eat. The two boys were upstairs playing on their Xbox.

‘It was then almost a couple of months after the inquest, your son Zack found messages on his phone via Instagram after his belongings had been given back to you from the police. 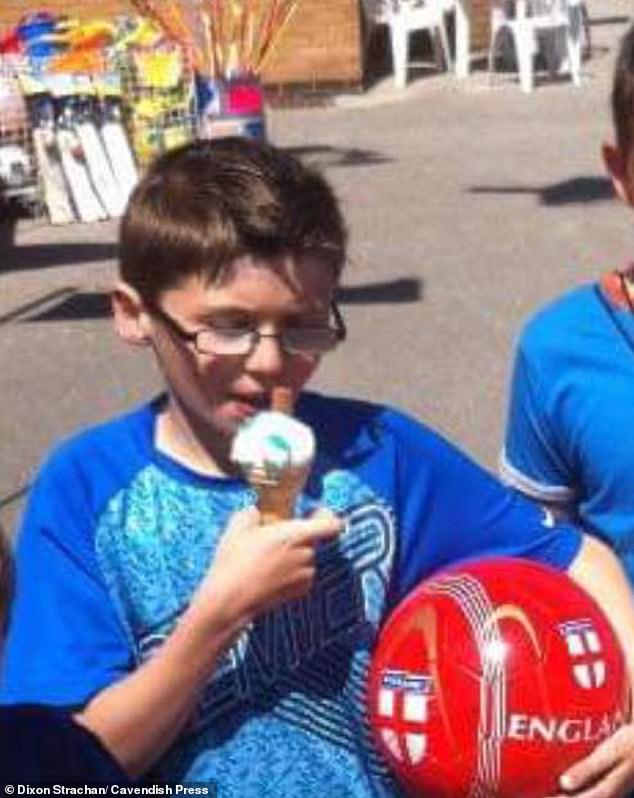 Year 11 pupil Dixon, who was studying for his GGCEs at Garstang Academy, had been applying for college places and his death came as a ‘bolt out of the blue’

‘These messages found on Instagram went from Nov 2018 to only three days before his death on 7 Feb 2019.

‘Given the circumstances, you contacted the Coroner’s office and you wrote to me and spoke to the police.

‘You asked them for an explanation as to why these messages had not been found. You were obviously distressed by this and you wanted the evidence to be looked at.

‘With the evidence I had at the first inquest, I could not have come to a different conclusion. The evidence now clearly demonstrates suicidal thoughts in messages on Instagram.’

In a statement Miss Wall a former teaching assistant said: ‘I said at the time I never thought he would do anything like this. He had never mentioned suicide or being depressed. I have been with him every day of his life, I would have expected to have seen something.

‘But the messages found made a reference to suicide, I have not read them myself and I am still not aware of them.

‘I was made aware by Zack that he had found messages that maybe Dixon was depressed. The messages demonstrated some intent.’