Big-hearted schoolboy, eight, uses his own pocket money to buy a rose for EVERY girl in his year – so they all had something to open on Valentine’s Day

An adorable eight-year-old schoolboy has bought all the girls in his year a rose – to make sure none of them feel left out on Valentine’s Day.

For the past few years, Callum Drew, who attends Lacey Gardens School in Louth, Lincolnshire has worked at his grandma’s flower shop to earn money to pay for the roses, so that all 68 girls in his school year have something to open on February 14.

His grandma sadly died this year – but keen to keep his tradition going, the schoolboy has been washing cars to get pocket money. 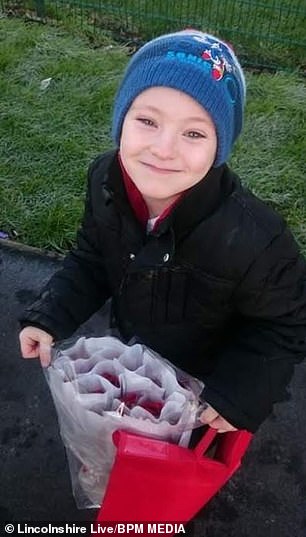 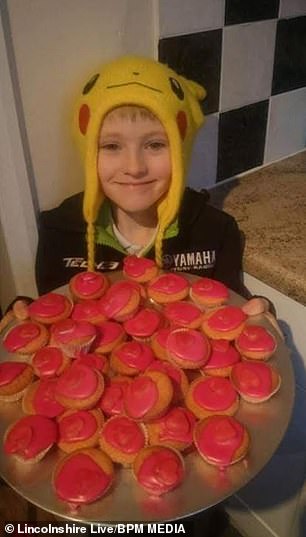 Callum Drew, eight, spent his own hard-earned pocket money on silk roses for every girl in his school year

While kids his age would usually spend their money on sweets or toys, the eight-year-old bought every girl a silk rose, which last forever, as he doesn’t want any girl to feel bad about herself.

‘I just wanted to get some flowers for the girls in year four as I don’t want them to feel let down on Valentine’s Day,’ he said.

‘I will go around every class and give them their present.

‘I have done it before for the last four years. The girls jump on me and scream because they are happy.’

Callum’s biggest gift is being reserved for his girlfriend, who he says is fine with him treating all the other girls despite it being their first Valentine’s Day together.

‘I have got a girlfriend. I haven’t told her yet but she does know about it because I do it every year. 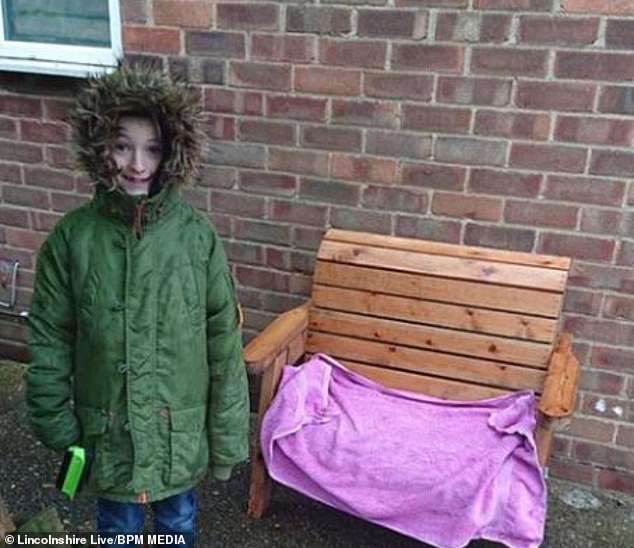 The schoolboy wants to make sure every girl has something to open on the day, though his biggest gift will go to his girlfriend

‘She is happy about it.’

Callum’s mother Stacey says she is incredibly proud of her son.

She said: ‘He’s been doing it for four years, he started out with just his class but now he gives roses to every girl in his year – he says that no girl should be left out.

‘He’s also saved up and got a present for his girlfriend. 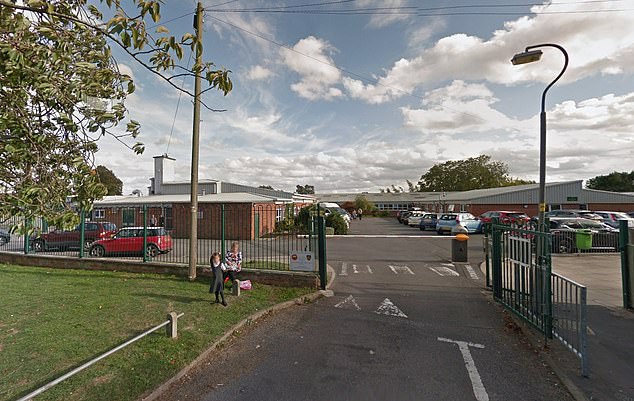 He attends Lacey Gardens School in Louth, Lincolnshire (pictured) and his mother said the girls all ‘started screaming and piled on him last year’

‘This year is a bit different. He normally helped his grandmother in the flower shop to earn the money but she died last year – this year he has decided to wash cars.

‘He has washed about ten cars and has a couple more booked in. He was outside from 9.30am until 4.30pm and even then I had to drag him in as it was getting dark.

‘I’m really proud of him.

‘He hates the attention from the girls. Last year when he gave them the roses they all started screaming and piled on him.’