Scotland could be plunged into 'circuit-breaker' lockdown from Friday

A national ‘circuit breaker’ lockdown lasting two weeks is being considered for Scotland this Friday.

An NHS source has claimed they have been briefed for it to start at 7pm that day in an effort to curb coronavirus’s rampage.

But it would come as the First Minister is warned a new national lockdown would take Scotland ‘back to square one’.

Business leaders have already signalled to Nicola Sturgeon that ‘switching the lights of the economy on and off’ could be disastrous for the nation.

A recent Government report warned there could be another 100,000 job losses by the end of the year. 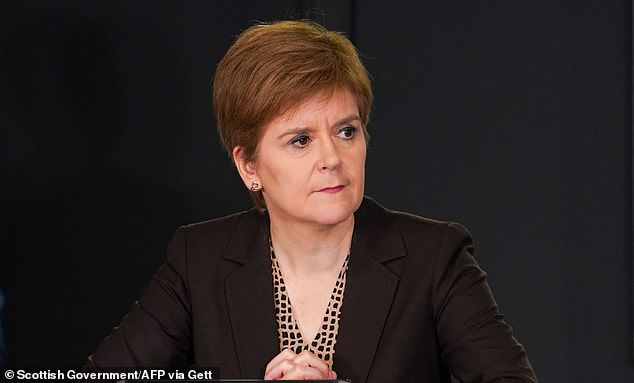 An NHS source revealed last night to the The Sun they had been told another Scottish lockdown was coming.

They added: “We’ve been told to expect it from 7pm on Friday.”

Figures published for the first time yesterday show 43 per cent of all cases across Scotland last week were in only two council areas – Glasgow and Edinburgh.

It sparked renewed calls for Ms Sturgeon to avoid imposing draconian restrictions on parts of the country with low virus rates.

Tim Allan, of the Scottish Chambers of Commerce, said: ‘Talk of a further blanket lockdown is unacceptable to Scottish businesses.

‘It would damage consumer and business confidence, which have already taken an unprecedented economic hit throughout this crisis. 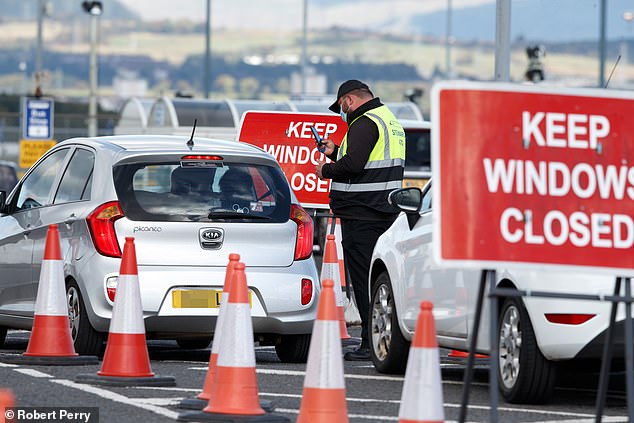 Testing centres, like this one in Glasgow, have seen a steady stream of traffic going inside 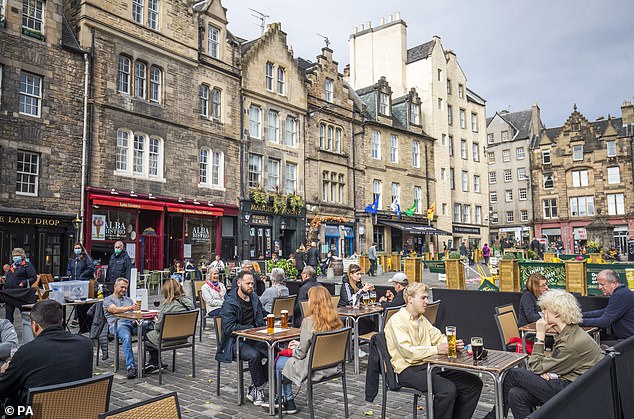 ‘Returning to national lockdown measures will take our economy back to square one – we simply cannot continue to keep switching the lights of the economy on and off. It risks not just jobs but the wellbeing of entire communities.

‘Instead, we should focus on using the evidence we have to target problem areas. The data the Scottish Government now has is sophisticated and detailed and will show in which environments and geographical areas the virus is spreading.

‘We know the virus will be with us for a long time. We must learn to manage it so we can carry on with our lives and protect livelihoods while keeping the risk of transmission as low as possible.’

New data published by Public Health Scotland puts five councils in the ‘red alert’ category as they have had more than 100 cases per 100,000 people over the past week: Glasgow, Edinburgh, North Lanarkshire, South Lanarkshire and East Renfrewshire.

There was not a single positive case in Orkney or Shetland. Moray had only five cases per 100,000, Aberdeenshire 14, Clackmannanshire 15, Perth and Kinross 20 and 26 in Angus.

Murdo Fraser, Tory MSP for Mid Scotland and Fife, said: ‘I don’t believe there needs to be general nationwide restrictions when you see figures like this.

‘We saw a local lockdown in Aberdeen when there was a recent spiking of cases there. If, as has been suggested, we see more restrictions introduced in coming days, then I feel it is essential that they are targeted at specific problem areas, instead of right across the country.’ 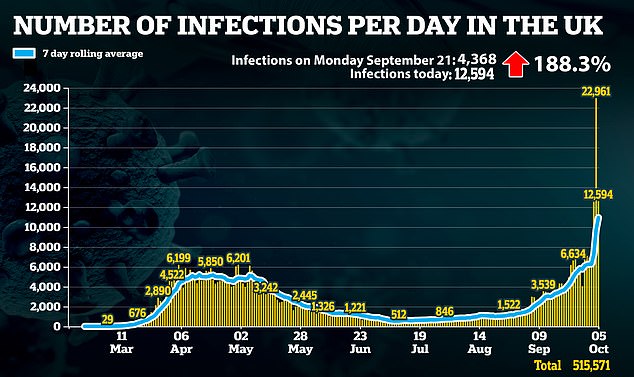 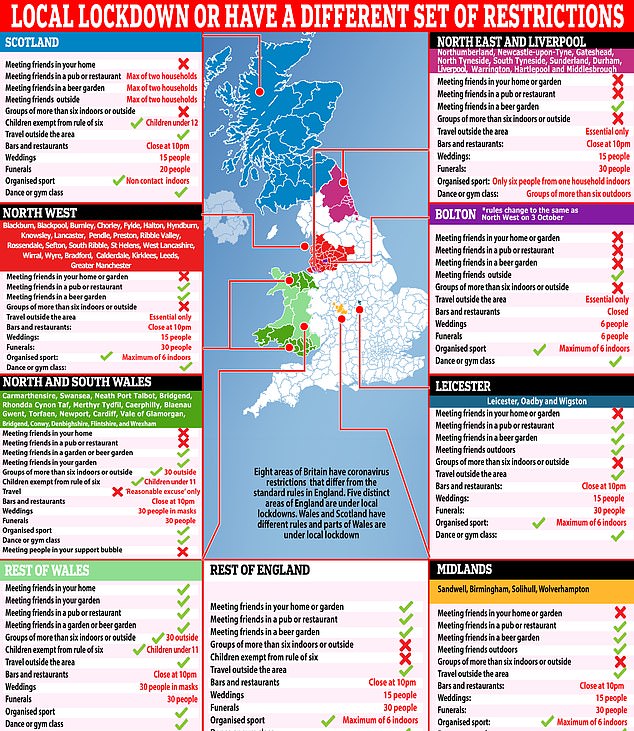 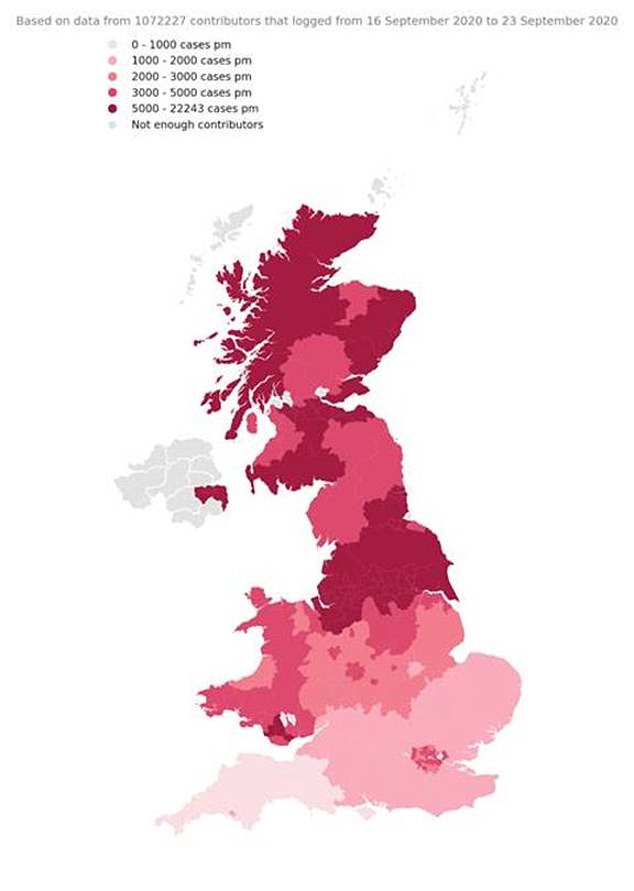 Asked yesterday if blanket measures will be introduced, Ms Sturgeon said that would be one of the ‘key considerations’.

She added: ‘If we feel there are further restrictions needed, are they needed nationwide or are they needed on a local or regional basis? We haven’t taken a decision on that.

‘Although we’re seeing in West Central Scotland and in Lothian particularly high numbers of cases and levels of infection, it would be wrong to suggest we’re not seeing rising infection in pretty much every part of the country. We are.’ Ms Sturgeon said that on most days over the past week there have been cases in every mainland health board area, as well as some islands.

She added: ‘There is a rising tide of infection across the country, albeit it is higher in some parts than in others.

‘Part of our consideration about restrictions also requires us to take account of not just reacting to a problem that is there, but also are you wiser to take preventative action in areas where it might not look like there is as big a problem now, but if you act you can stop a problem developing.’ The 697 positive cases confirmed yesterday across Scotland amounted to 12.8 per cent of newly tested patients. The number of people in hospital with the virus increased by eight, to 218, while those in intensive care remained unchanged at 22, and there were no new deaths.

Ms Sturgeon said there were more young people testing positive than at the start of the pandemic, but warned more older people had been catching the virus in recent weeks.

She said: ‘This is a very important point, and actually one of the key points in our consideration of next steps in the days to come.’

‘It risks wellbeing of entire communities’

In the UK it is predicated that a number of university cities could be put into local lockdown days after a test and trace counting blunder rocked the infection logging system.

Cities including Sheffield, Leeds and Oxford are among a dozen areas which have seen their coronavirus infection figures soar following the ‘computer glitch’, which meant 16,000 cases were missed off Public Health England’s reporting system.

Residents in Nottingham, which has two universities, have reportedly been told to

The Department for Health insist the new figures do not impact its watch list or alter current restriction in the area.

It came as it was revealed cases were rocketing in some of the North’s biggest cities.

Manchester, Liverpool, Sheffield, Newcastle and Nottingham have all seen huge jumps, in some instances to a rate of 500 cases per 100,000 people.

That triggered a fresh round of frenzied speculation about tougher local lockdowns yesterday, with the threat of further restrictions later this week.