A PIZZA delivery man went into an explosive meltdown after a customer didn't tip him – after he stood in the rain for FIVE minutes.

A TikTok video posted Sunday shows the Domino's driver erupting into a fit of rage, as he screams: "I don’t want to work here anymore!". 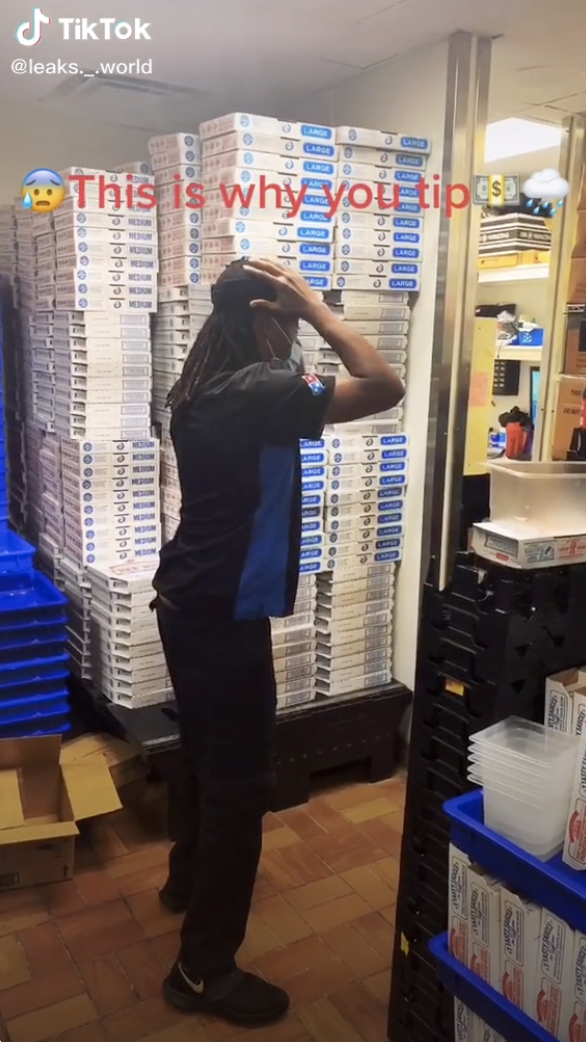 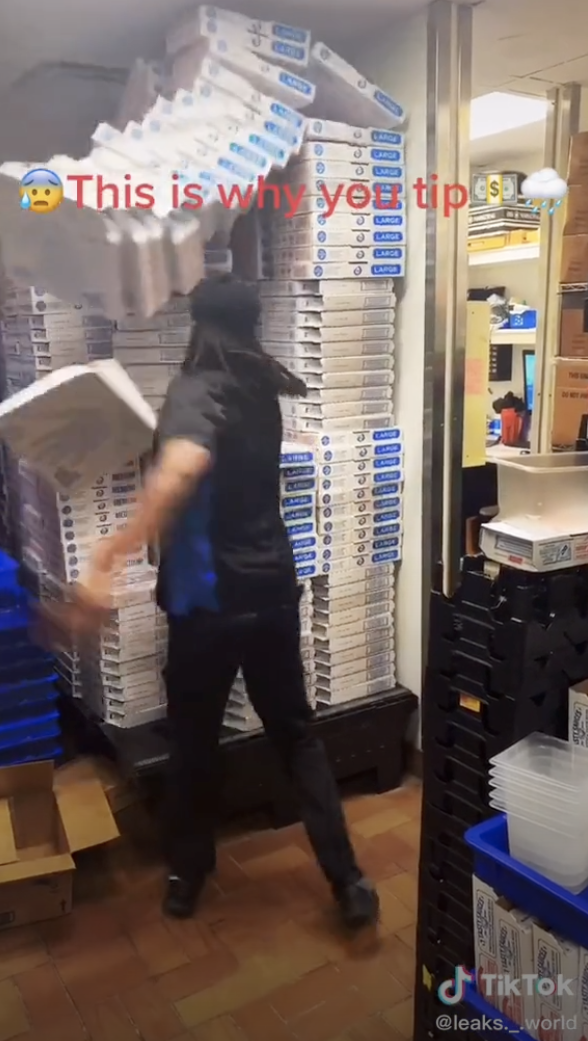 The person filming behind the camera laughs nervously and tells him to "calm down" – but the driver is inconsolable.

He then lashes out further, punching a stack of empty pizza boxes and shouting: “Five minutes! Five minutes out there in the rain, and no tip? No tip?"

The person filming then says "oh s**t" after witnessing the violent outburst.

The video, uploaded by @leaks._.world, was posted with the caption: "This is why you should tip your drivers."

It has wracked up over 1million views in just four days – but it's also sparkled a debate on whether delivery drivers should be tipped for bringing our food.

One viewer of the video said: "I literally can’t comprehend how people don’t tip. 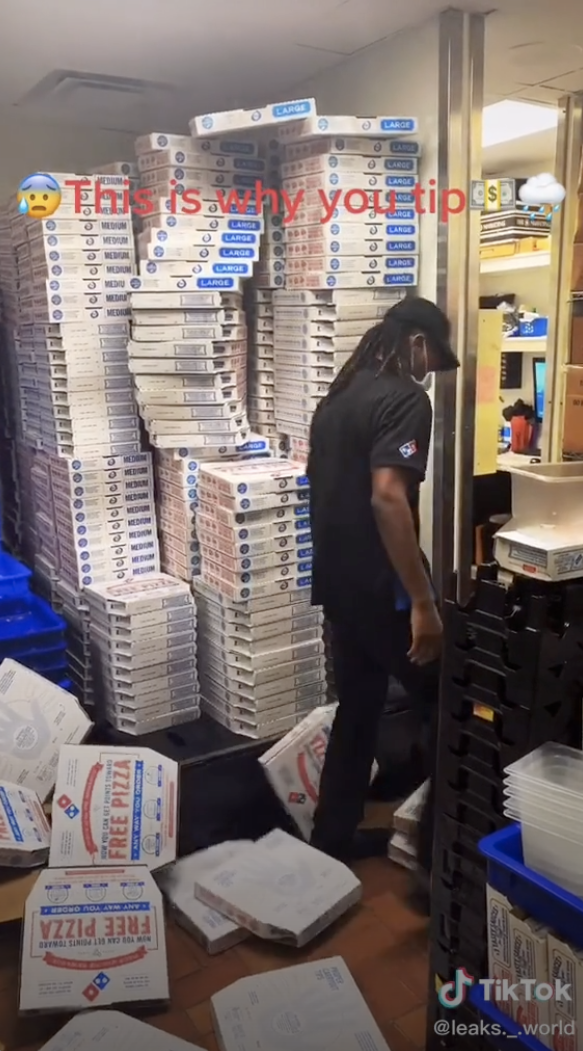 "Aw this makes me sad because it was probably repeated deliveries with no tips. He finally hit breaking point," wrote a second, while a third said: "Drivers rely on tips!!"

But in contrast another user said: "I avoid places where they expect a tip.

"It’s awkward and I’m paying for a service or product already."

Meanwhile, others criticised the driver for the outburst – claiming he was complaining about "doing his job".

One person said: "I hope Domino's gets rid of him. It's called work. Sometimes good tips and sometimes not."

"Why they gotta complain about something that's THEIR job to do? Like cmon bro," wrote another.