Sean McDermott walks back infamous Bill Belichick quote: 'I have the utmost respect for Bill'

Buffalo Bills head coach Sean McDermott respects New England Patriots coach Bill Belichick. McDermott attempted to walk back a quote from earlier in the season where he appeared to take a shot at Belichick after the Patriots beat the Bills.

Following Buffalo's loss in Week 13, McDermott said, "Let's not give more credit than we need to give credit to Bill Belichick in this one." It came off as petulant considering Belichick's Patriots just won the game.

McDermott said he never meant it that way, according to Sports Illustrated's Albert Breer.

“I’ll talk about that quote, first of all,” he explained. “I know what I meant to say, and I have the utmost respect for Bill. And it was more about what I and our team didn’t do. And things sometimes take on a life of their own, I guess. But look, Bill Belichick makes me a better coach. He’s the standard. And so he just … he challenges even the opposite coach to continue to grow. It’s so hard to beat his team."

McDermott clarified the original quote was meant to focus on the Bills' mistakes. The team had plenty of opportunities to win in Week 13, but failed to convert in big moments. Some of that was McDermott's fault. He opted to kick a field goal despite howling winds. The kick was no good. The Bills lost the contest 14-10.

The quote wasn't supposed to be malicious, but McDermott's execution was lacking. He could have simply said, "We beat ourselves." That would have conveyed the same point, and would not have invoked Belichick. 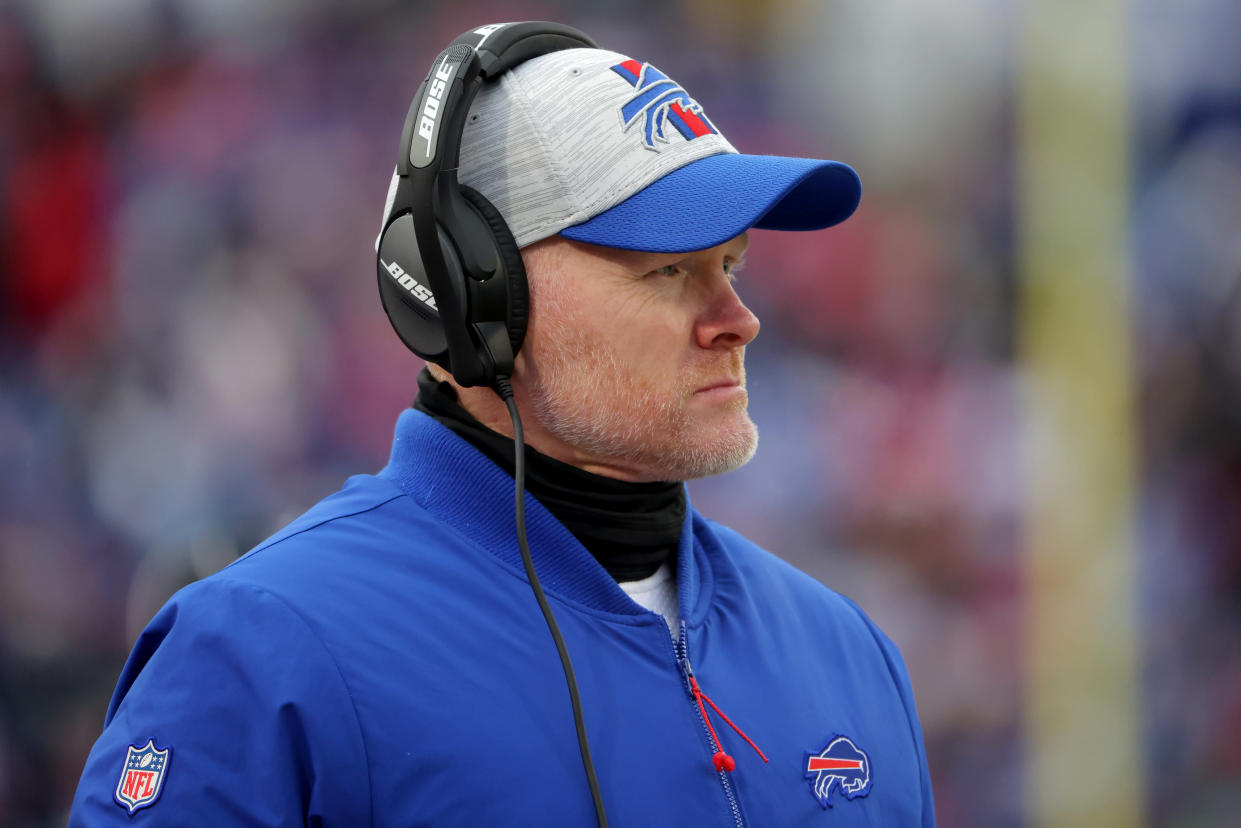 Sean McDermott comes out on top in Week 16

McDermott proved the Bills' loss in Week 13 was a fluke Sunday. The Bills defeated the Patriots 33-21 in the Week 16 rematch. Without extreme winds holding him back, Bills quarterback Josh Allen had a huge day. He completed 30-of-47 passes for 314 yards and three touchdowns.

Following the contest, Belichick did not make any passive aggressive comments about McDermott's coaching style. He did, however, decline to answer a question about his New Year's resolution.