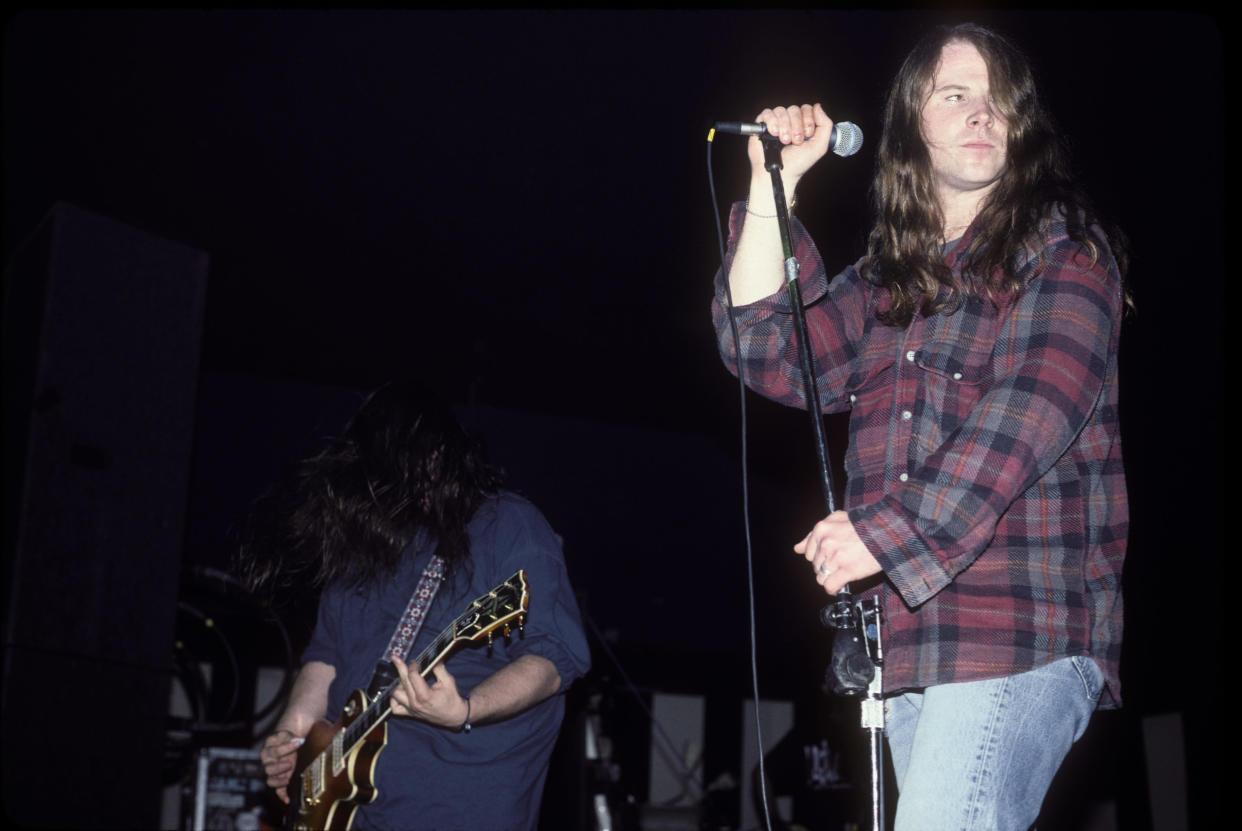 Mark Lanegan — best known as the brooding, booming-voiced, Grammy-nominated frontman of the Singles-popularized ‘90s Seattle grunge band Screaming Trees, has died, according to a statement released by his publicist, Keith Hagan.

“Our beloved friend Mark Lanegan passed away this morning at his home in Killarney, Ireland,” the statement read Tuesday afternoon. “A beloved singer, songwriter, author, and musician, he was 57 and is survived by his wife Shelley. No other information is available at this time. The family asks everyone to respect their privacy at this time.”

Mark William Lanegan was born in Ellensburg, Wash, on Nov. 25, 1964, and in 1984 he formed Screaming Trees, originally playing drums in the lineup before switching to lead vocal duties. Alongside Nirvana, Pearl Jam, Soundgarden, Alice in Chains, and Mudhoney, Screaming Trees became leading lights the early-‘90s Pacific Northwest scene — eventually breaking through to the mainstream with their fifth album (and major-label debut), 1991’s Uncle Anesthesia, which was produced by Soundgarden’s Chris Cornell. When their song “Nearly Lost You” was featured on Cameron Crowe’s Singles soundtrack a year later, it was a modern rock smash, peaking at No. 5 on Billboard’s Alternative Airplay chart and at No. 12 on the Mainstream Rock chart.

Throughout his career, before and after the Screaming Trees’ split in 2000, Lanegan released 11 solo albums, including his 1990 debut, The Winding Sheet, which featured collaborations with Nirvana’s Kurt Cobain and Krist Novoselic abd was declared by Dave Grohl to be “one of the best albums of all time.” In the grunge scene’s early days, Lanegan also worked on a short-lived, little-heard Leadbelly tribute band called the Jury with Cobain and Novoselic, and he was in general a much sought-after and prolific collaborator due to his distinctively resonant baritone. 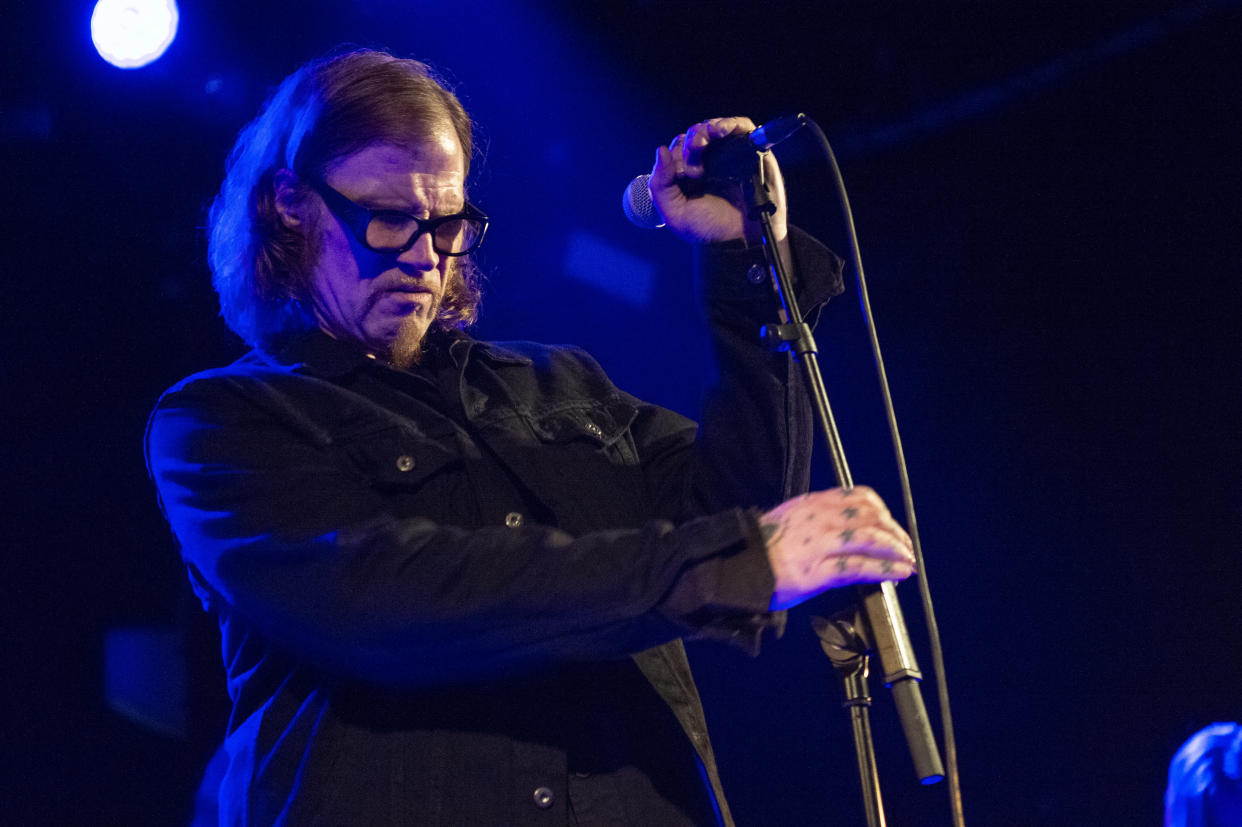 Lanegan also co-wrote the theme song for Anthony Bourdain: Parts Unknown with Queens of the Stone Age’s Josh Homme, and penned Bourdain’s obituary for Bourdain for The Observer in 2018; it was reportedly Bourdain who encouraged him to write a memoir. In 2017, Lanegan released the lyrics anthology I Am the Wolf: Lyrics & Writings, and in 2020 he published his first memoir, Since Backwards and Weep. He followed up that book in 2021 with a second memoir, Devil in a Coma, which chronicled his experience with COVID-19.

No cause of Lanegan’s death was given at press time. While the singer battled serious alcohol and drug addiction during the ‘90s and early 2000s (in 1992, his arm actually became so badly infected due to heroin use that it nearly had to be amputated), he had been sober since at least 2010, after his friend Courtney Love paid for a year of his rehab that he said saved his life. In March 2021, Lanegan was hospitalized with a severe case of COVID-19, which put him in a coma and temporarily robbed him of his ability to hear or walk. It is unclear if the coronavirus caused or contributed to the singer-songwriter's death.

Upon hearing the shocking news of Lanegan's passing, fans and friends took to social media to pay tribute:

Rest In Peace, old friend. Truly. More and more the best are no longer with us. @marklaneganpic.twitter.com/KPyPC17xad

Hearing about Mark Lanegan passing away has properly stopped me in my tracks. I’m absolutely gutted. Met him on a couple of occasions and I was nervous because I loved him so much. He was a perfect gentleman, really kind. One of THE great singers of the last 30 years. So sad 💔

We lost a brother today. Mark Lanegan was an incredible voice, spirit and talented soul. This was taken at his studio right when I went to say goodbye to him and his wife Shelley before they moved to Europe. We will miss you my friend. pic.twitter.com/YDX05hw8Hl

Mark Lanegan was a lovely man. He led a wild life that some of us could only dream of. He leaves us with fantastic words and music! Thank god that through all of that he will live forever. RIP Mark. Sleep well. Love Hooky. X pic.twitter.com/Xnx76y68YC

I love you. Rest In Peace Mark Lanegan, my brother. No words. Heartbroken. pic.twitter.com/nQblLQNjnA

Mark Lanegan seemed invincible, indomitable, in so many ways. I first interviewed him in 2018, about the death of his friend Anthony Bourdain for @ObsNewReview. M was someone other than that gnarly persona: a tender, thoughtful person, distraught at the loss of someone he loved. https://t.co/ALyYET58he

Right now I'm thinking of Mark Lanegan and all the great music and performances he gave us. A few years back I contributed this to a 'My Favourite Gig' book, on his magnificently road-wrecked and defiant Alhambra show in 2015. Sending love to all his family, friends, and fans✨ pic.twitter.com/ho2yr63NVB