The Securities and Exchange Commission announced Wednesday that it wants to shake up the way orders to buy and sell stocks are handled after being placed on popular platforms like Robinhood (HOOD) and TD Ameritrade.

Following a review of the meme stock frenzy that boosted shares of Gamestop (GME) in early 2021, the SEC now says it wants to implement reforms that would make retail trading more “fair and competitive.”

One reform under consideration: requiring the wholesalers that actually execute trades, like Citadel Securities and Virtu Financial (VIRT), to compete with each other on an order-by-order basis.

“All the folks on the Reddit posts, those are our clients. And they’re not getting the full benefit of full and fair competition when they put a retail market order in right now,” SEC Chair Gary Gensler told reporters Wednesday. 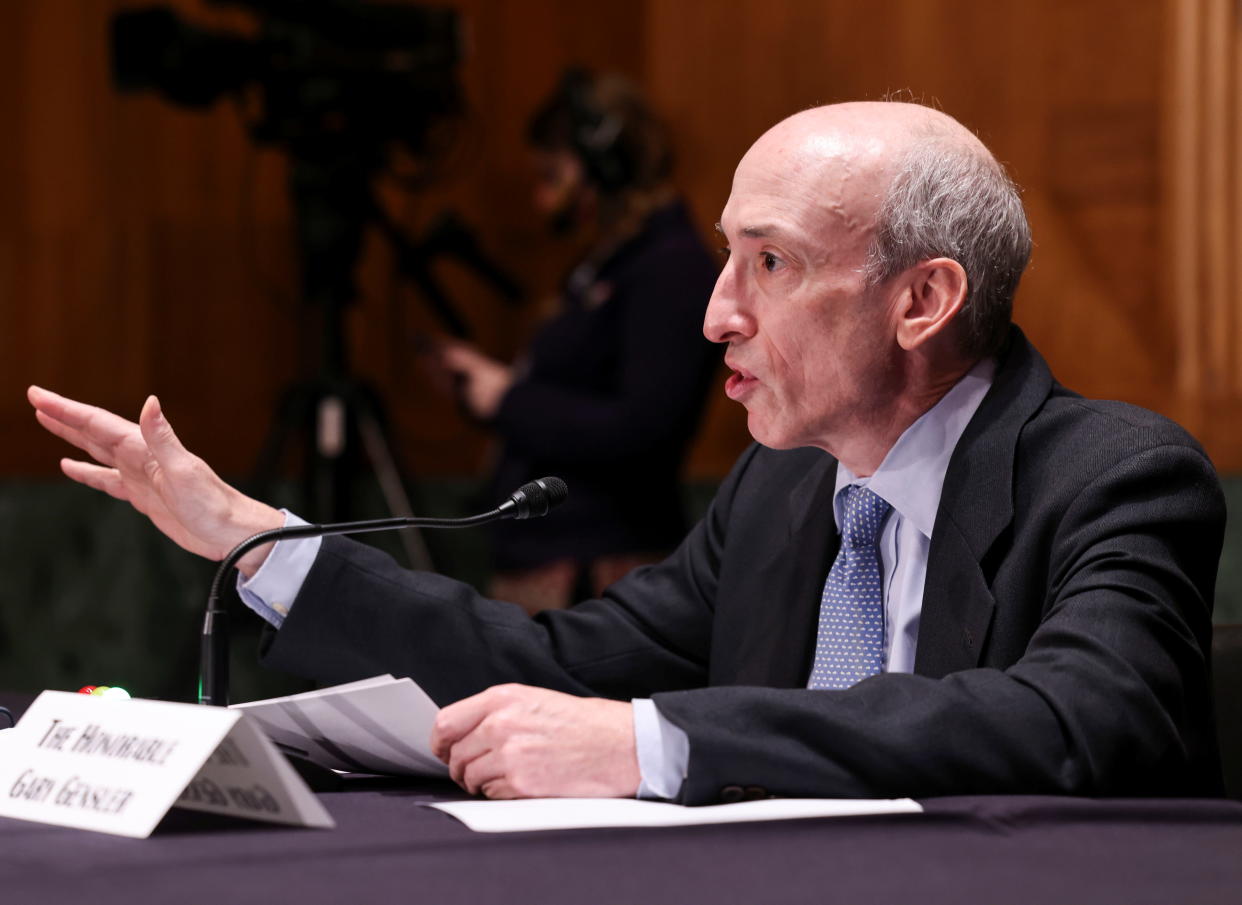 Gensler has taken specific aim at the model of payment for order flow, in which wholesalers (or “market makers”) pay brokerages to have orders routed through them.

But Gensler alleges that payment for order flow comes with “inherent conflicts” that may favor certain wholesalers over others. An auction, he argues, could deliver better price improvements to investors.

“I’ve asked staff, in considering any recommendations for stock auctions, to draw upon lessons from the options market, focusing on assuring full competition among all market participants to provide the best prices for retail investors,” Gensler said in remarks at the Piper Sandler Global Exchange Conference.

Gensler’s remark about Reddit points to the retail investor interest in the operating models for brokerages.

Although payment for order flow is a large reason that most brokerages were able to slash trading commissions to $0, the explosion in meme stocks led to viral theories that wholesalers and brokerages were conspiring to limit trading in shares of Gamestop. The imposed limits, in reality, were due to margin requirements that make up standard risk management.

Some redditors on r/wallstreetbets users floated the possibility that auctions would lead to “shutting down the entire business model” of payment for order flow. Responding to a question about the interest in banning the model, Gensler told reporters his primary interest was in creating a “level playing field” in the status quo.

Virtu Financial CEO Doug Cifu on Wednesday blasted any proposal on auctions, suggesting the change would prevent market makers from optimal price improvement outside of the most liquid stocks.

No they don’t. Markets get worse. It costs more for those companies to raise capital as a result. Gensler fails on 2 of 3 @SEC_tradingmkts mandates with one “reform”! It won’t happen since the data doesn’t support it as you’ve shown. Waste of time and money.

Gensler’s remarks are only the first steps to any official rulemaking, and the SEC Chair said there was no specific timeline for publishing a proposal for public comment.

Devin Ryan, a director of financial technology research at JMP Securities, told Yahoo Finance Wednesday that an auction is unlikely to “dramatically” shake up the payment for order flow model but cautioned that market structure can be complicated.

“If you change one very small piece of it, it can have ripples through the entire system,” Ryan said.

Brian Cheung is a reporter covering the Fed, economics, and banking for Yahoo Finance. You can follow him on Twitter @bcheungz.