Second highest rise in UK covid cases as another 14,542 get bug with deaths at highest for 3 months after 76 more die

THE number of UK coronavirus cases rose by 14,542 today – the second highest rise the nation has seen since the start of the pandemic.

Another 76 Covid deaths were also confirmed, making today's rise in fatalities the highest daily spike in more than three months. 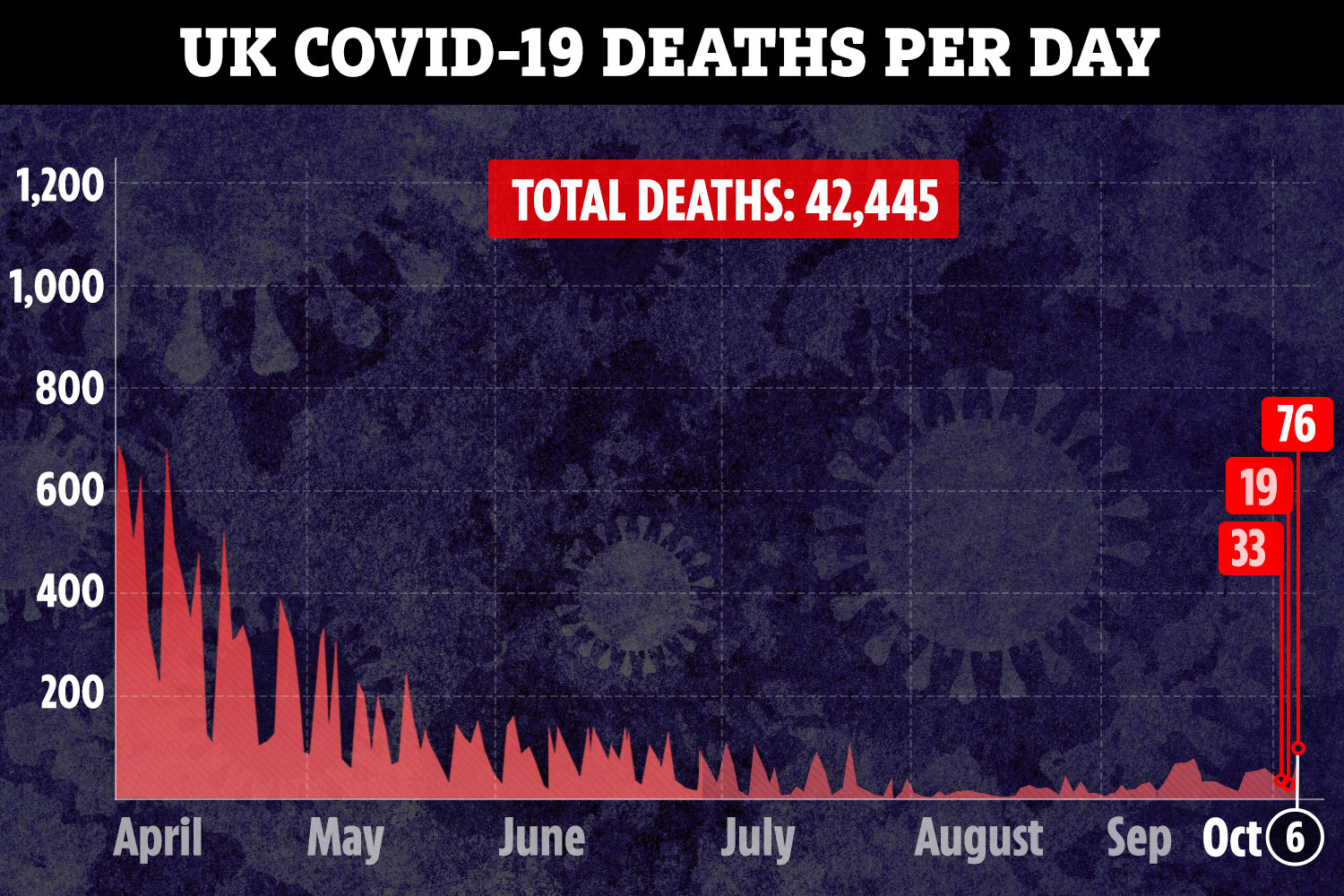 The backlog led to an over-inflated record high of 22,961 additional cases on Sunday.

It was reported that thousands of cases had failed to upload because a Public Health Excel spreadsheet had reached its maximum size.

The Department of Health confirmed yesterday that the issue had been resolved and the latest infection tally does not include any additional cases from previous days.

Today's rise in deaths is the highest rise recorded since July 1, when 97 fatalities were logged.

It is far greater than yesterday's rise (19), but it is similar to the rise recorded last Tuesday (71).

In England, a further 50 deaths were confirmed today, bringing the total number of Covid fatalities in English hospitals to 30,226.

The patients, who died between October 1 and October 5, were aged between 42 and 96 – and all but four had underlying health conditions.

In Wales, 10 more deaths were reported, raising the Covid death toll in Wales to 1,640.

Scotland recorded two more fatalities in the last 24 hours, raising the grim tally there to 2,532.

Northern Ireland reported one more death, raising the figure there to 585.

It comes after Boris Johnson vowed to "build back" Britain better after seeing off the "alien invader" of coronavirus.

In an upbeat address to Conservative supporters at the party's virtual conference, he vowed to make Britain the "greatest place on earth" with a raft of new policies to focus on in the years to come.

He was light on the details, focusing instead on a bold vision for the nation's future, while promising to create a 'new normal'.

He said of coronavirus: "It is not going to hold us back, slow us down, and we are certainly not going to let it get us down… even in the darkest moments."

But in a direct attempt to empathise with the electorate, he admitted: "I have had more than enough of this disease."

He also promised that next time the party meets at the conference next year, it will be in person, effectively ending social distancing measures within the year.

Boris vowed: "We will ensure that next time we meet, it will be face to face and cheek by jowl. We're working for the day when life will be back for normal."

Meanwhile, Chancellor Rishi Sunak insisted this morning that the PM did not want to enforce new nationwide curfews to stop the spread of the bug.

Insisting local restrictions were enough, Mr Sunak told BBC Breakfast: "They are working. As we learn more we can adapt our interventions.

"If you look at places like Leicester or Luton who have had these restrictions and had them lifted, that shows there can be light at the end of the tunnel." 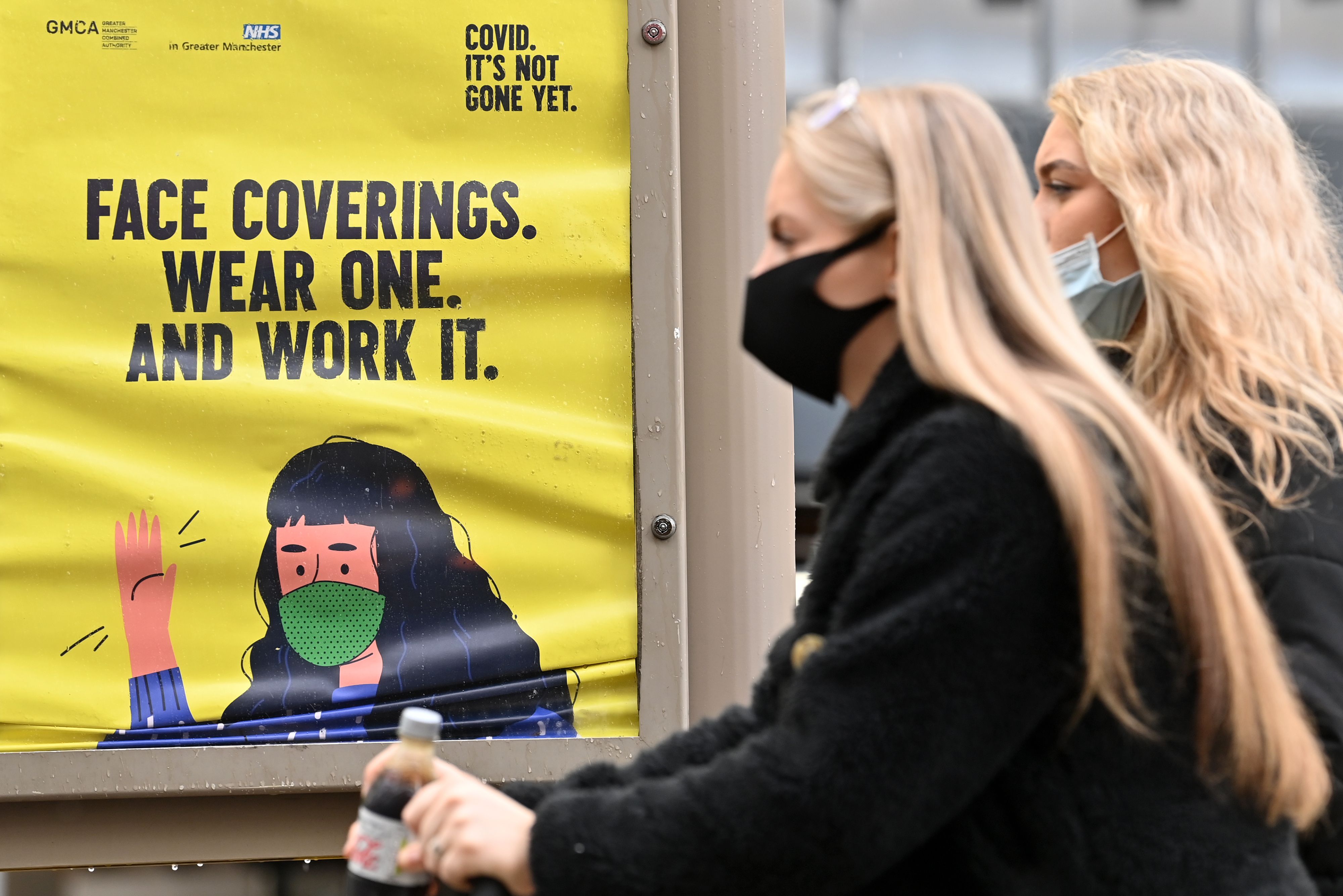