SECONDARY schools have been told to test ALL pupils on site after the Christmas break to stop a surge in Covid cases.

In an email to headteachers, the Department for Education said testing students on their return to the classroom in January "will help reduce transmission after a period of social mixing" over the holidays. 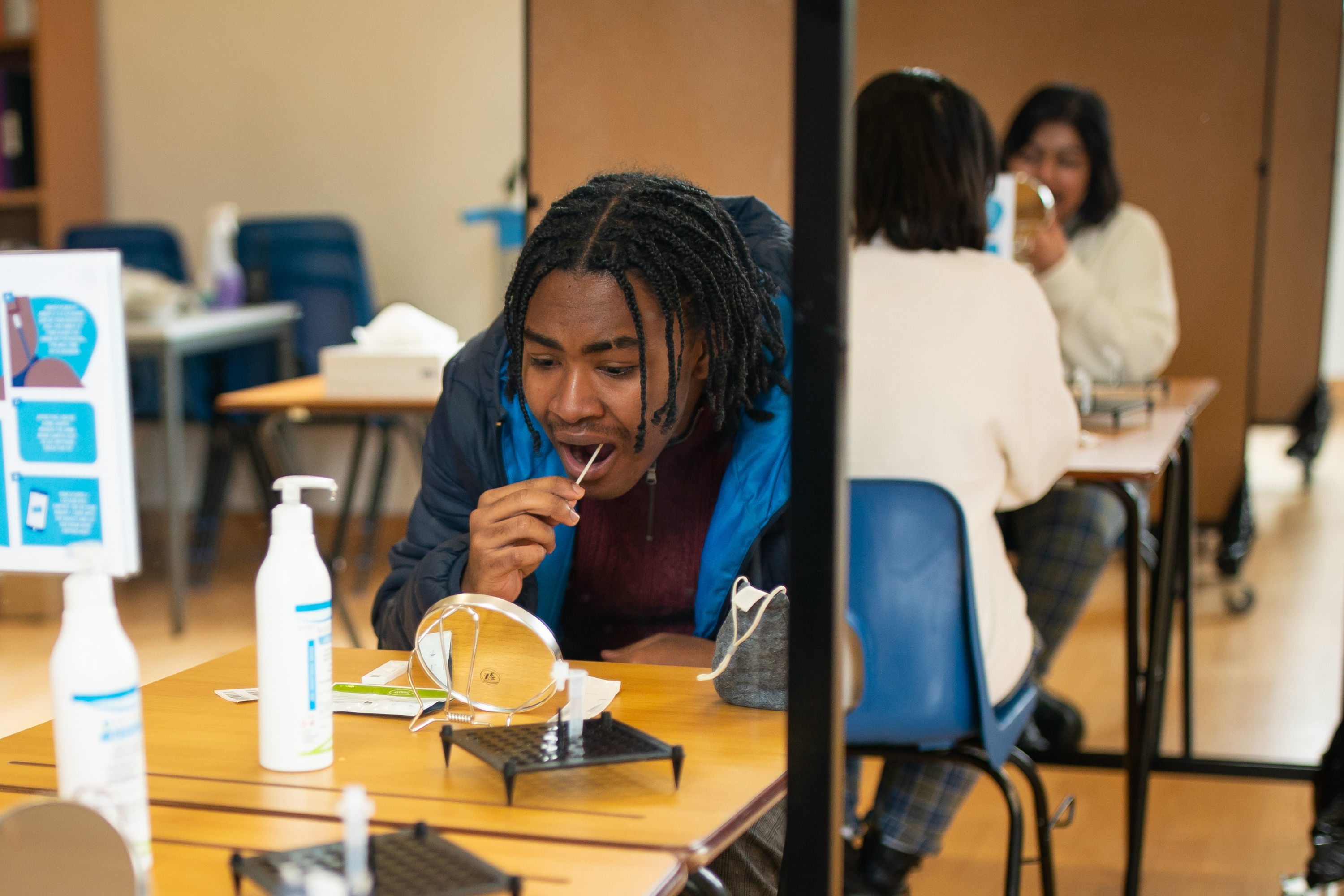 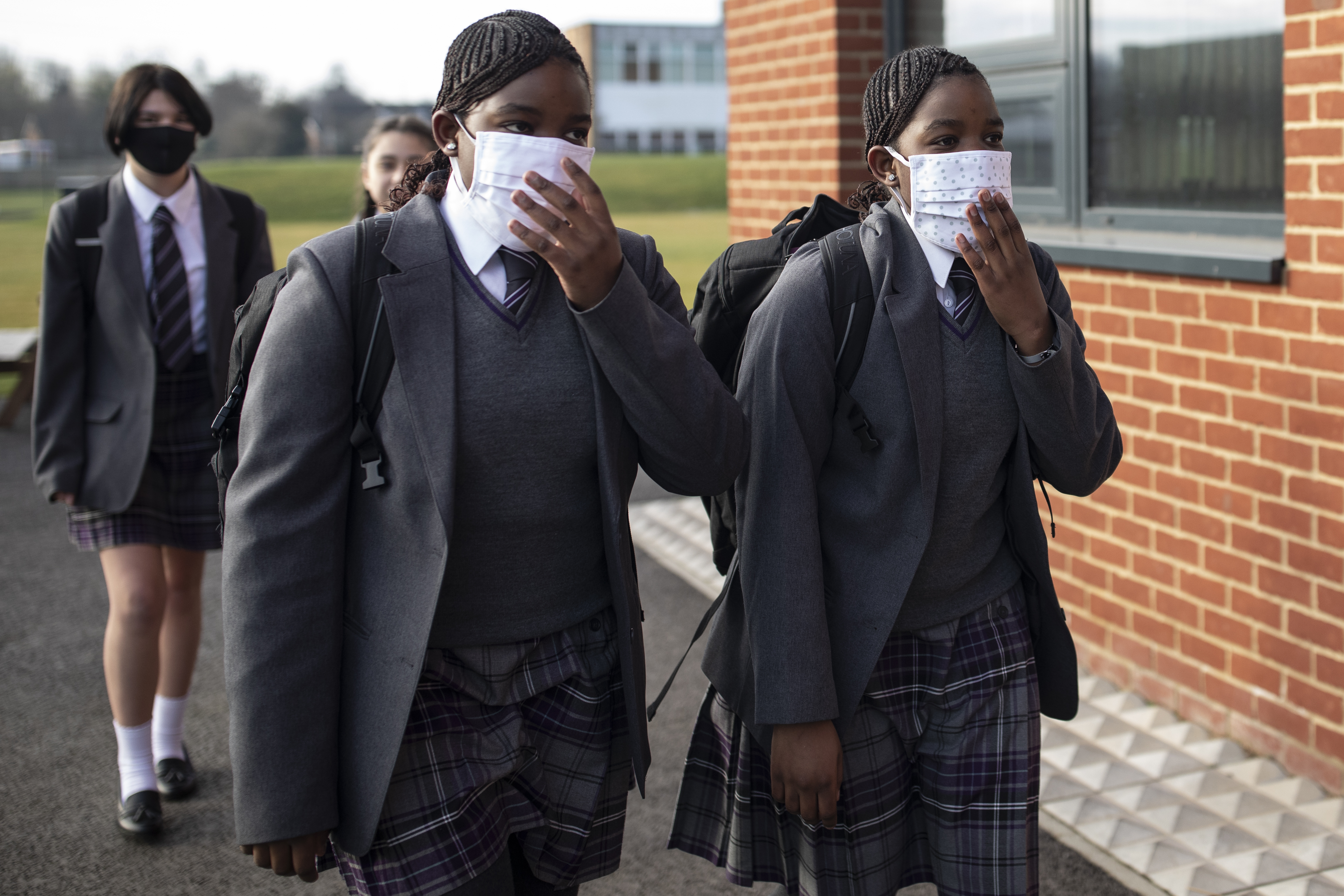 But a school leaders' union has accused the government of forgetting that headteachers are educators "rather than an ad hoc branch of the NHS".

The Association of School and College Leaders (ASCL) has said it is not reasonable for the authority to impose such a considerable public health task on schools "with minimal support".

Secondary schools have been told to order sufficient testing kits by Tuesday to ensure each pupil can take a rapid lateral flow test on-site when they return as fears about the new super-mutant strain Omicron grow.

An email from the DfE to school leaders said: "We would like all secondary schools to prepare to test their pupils once on-site on return in January.

"We understand that this is a significant additional ask but testing continues to play a vital role in keeping Covid-19 out of schools."

Secondary schools have also been asked to order home testing kits so pupils can continue to test.

"Testing all pupils in school boosts testing participation and will help reduce transmission after a period of social mixing over the school holidays," the email said.

"Tests, PPE and funding to support your workforce will be provided as before. After this test on return, pupils should continue to test in line with government guidelines."

Julie McCulloch, director of policy at ASCL, has hit out at the government's request, saying it "does not fall within the remit of education".

"We recognise the importance of Covid testing to reduce the risk of transmission of the virus, but it is not reasonable for the government to once again impose this considerable public health task on schools with minimal support," she said.

"The role of schools should be limited to providing a space for test centres and communicating with students. But the government expects them also to handle the logistics of staffing and setting up testing stations.

"It seems to have forgotten that school leaders are educators rather than an ad hoc branch of the NHS.

"Their focus is on providing the teaching and learning required by their students, which is particularly important in the context of the disruption caused by the pandemic.

"The last thing they need is another huge responsibility which does not even fall within the remit of education."

At the start of the autumn term, all secondary school and college pupils in England were invited to take two lateral flow tests at school on their return.

Pupils were then asked to continue to test twice weekly at home.

A DfE spokesperson said: "As part of our commitment to protecting face-to-face education, we are asking all secondary school pupils to complete one on-site test as they return to school after the Christmas break, reflecting that mixing between households is likely to increase over Christmas.

"Protective measures in place continue to strike a balance between managing transmission risk with testing, hygiene, ventilation and vaccines, and we encourage any eligible young people who haven't yet had the vaccine to consider using the Christmas break to do so."

It comes as parents fear schools across England will close again next month as headteachers start imposing their own "circuit breakers" to battle Covid.

Kids are already being sent home from classrooms and learning moved back online due to spiralling case numbers.

St Mary's Church of England Primary in Hereford and Darwen Aldridge Enterprise Studio in Lancashire have shut for at least a week.

And now campaigners fear many more schools could follow suit in the run up to the Christmas holidays.

Meanwhile, concerns the UK could be thrown into a second Christmas lockdown were are growing with a new Covid variant on the brink of reaching the country.

Mr Javid said he would not hesitate to add others to the red list. But health chiefs where the outbreak is concentrated say there is no evidence so far the variant is any more deadly, with no hospitalisations yet in epicentre Johannesburg.