WASHINGTON, D.C. — The inauguration of a U.S. President is a foundational element of American democracy. Following the deadly insurrection at the U.S. Capitol Building on January 6, officials say the safety and security of all those participating is paramount.

Amid the heightened security measures and various entities who are working to help ensure the safe inauguration of Joe Biden and Kamala Harris, African American women are among law enforcement. One of them has recently assumed a key leadership role.

Yogananda D. Pittman was named Acting Chief of the U.S. Capitol Police on January 8. She joined the USCP in April 2001. Her first USCP assignment was in the Senate Division where she provided security and protective details for U.S. Senators and visiting dignitaries. In 2010, the Morgan State University alumna was promoted to Lieutenant and was assigned to the House Division. Pittman was one of the first African American women supervisors to attain the rank of Captain in 2012. While serving as Captain, she was assigned to the Capitol Division as the Executive Officer. 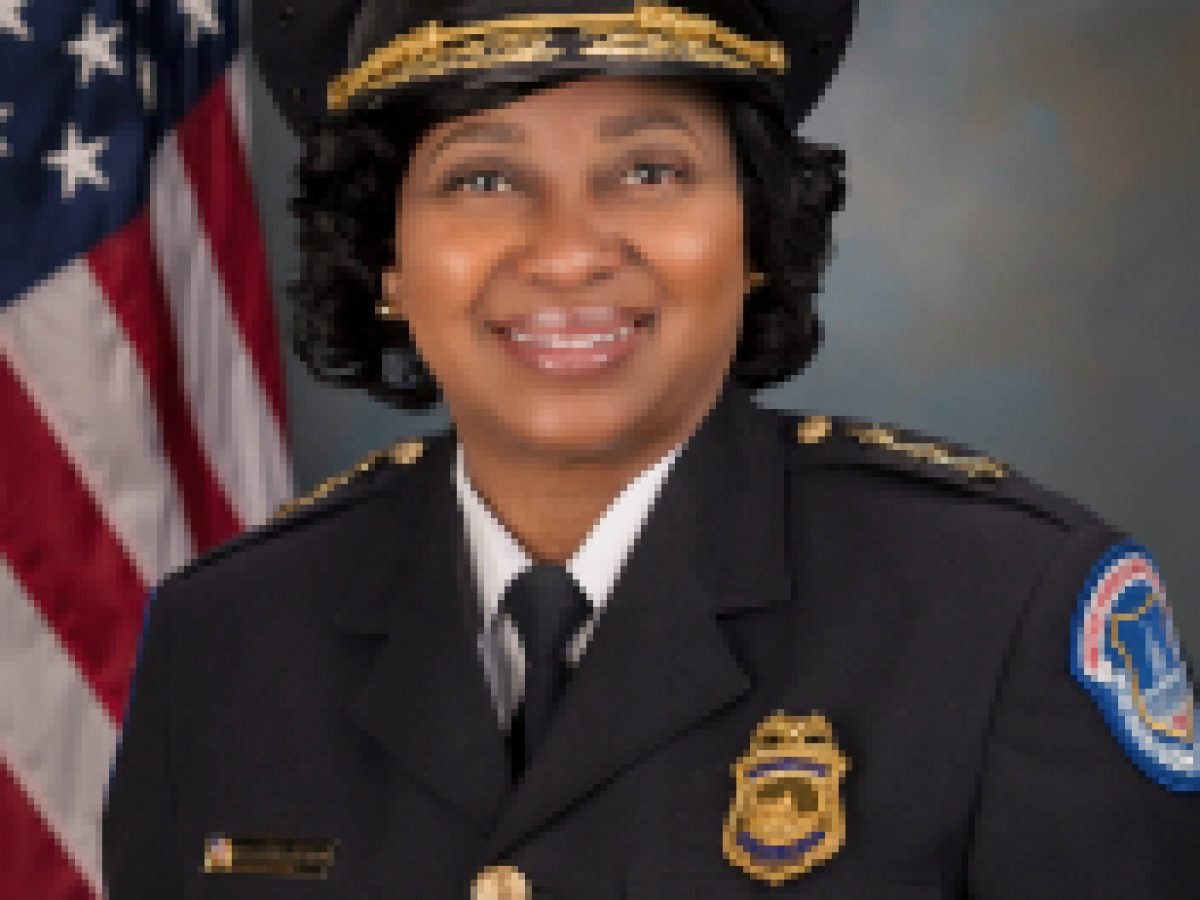 As a commander, she supervised more than 400 officers and civilians, and led the efforts to provide the security footprint for the 2013 Presidential Inauguration. Along the way, Pittman earned her Master’s Degree in Public Administration from Marist College in Poughkeepsie, New York.  She is currently working toward her Ph.D. in Public Administration. Pittman has completed the Federal Bureau of Investigation National Academy, and graduated from the National Organization of Black Law Enforcement Executives’ CEO Mentoring Program in July 2018.

“I am committed to leading the United States Capitol Police Department through this challenging time,” she said in a statement, noting the kind words and prayers received following the loss of two USCP officers following the mob violence at the Capitol.

The department is engaged with law enforcement partners on the federal, state, and local levels, and there are comprehensive, coordinated plans in place to help ensure the safety and security of the Inauguration.

There are 25,000 National Guard troops patrolling within and around the Capitol Complex. There is no public access to the Capitol grounds during the 59th Presidential Inaugural ceremonies, and there are enhanced security measures across the U.S. Capitol Complex, including global fencing and street closures.

There have already been arrests of people trying to access the complex, authorities said, including one man who impersonated a police officer, and a woman who presented a coin and then sped off in a car before being apprehended. Additionally, some members of the National Guard have been removed from duty, reportedly due to inappropriate text messages.

As the lead agency for all National Special Security Event (NSSE) security operations, the U.S. Secret Service is responsible for designing and implementing an appropriate operational security plan. These duties are carried out in concert with partners charged with specific areas of management and response leading up to and throughout the event.

“…The U.S. Secret Service, along with our partners, has been working tirelessly to anticipate and prepare for all possible contingencies at every level to ensure a safe and secure Inauguration Day,” the agency said in a statement. 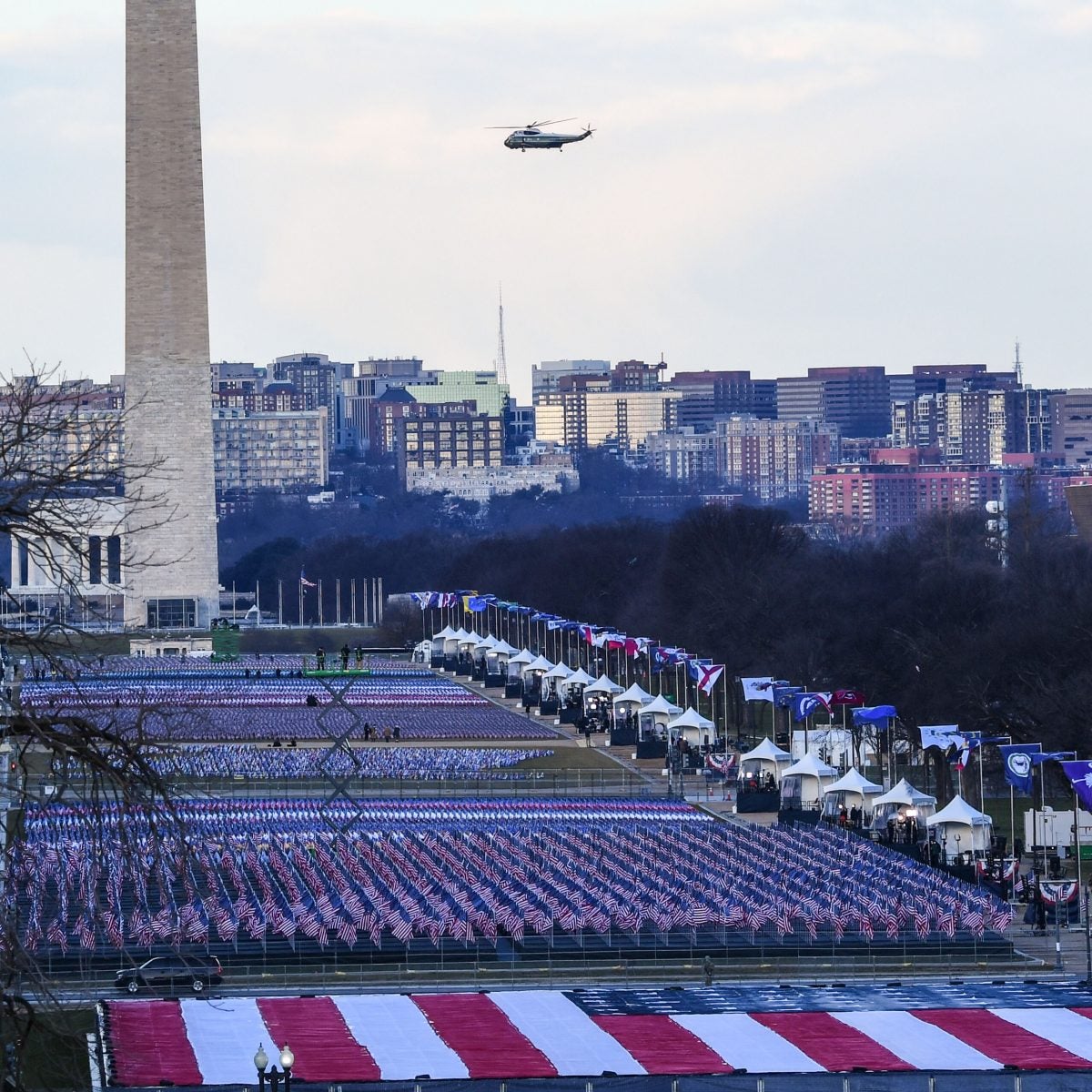 The FBI is the lead federal agency for intelligence analysis and dissemination to law enforcement partners, counterterrorism, and crisis management for the inauguration. “FBI agents, analysts, and professional staff are working around the clock with our partners to identify, investigate, and respond to any threats that might arise in the National Capital Region,” said Steven M. D’Antuono, Assistant Director in Charge of the Washington Field Office in a statement. “While the FBI respects the rights of individuals to peacefully exercise their First Amendment rights, those who wish to use this freedom to instigate violent and destructive behavior will not be tolerated and will be held to account for their unlawful actions.”

The U.S. Attorney’s Office for the Eastern District of Virginia affirmed its commitment to holding accountable anyone who, in connection with the presidential inauguration, commits acts of violence or otherwise violates federal law.

“While the First Amendment protects the right of individuals to assemble peaceably, it does not provide safe harbor to those who engage in repugnant and destructive behavior to violently attack our Nation’s democracy,” said Raj Parekh, Acting United States Attorney for the Eastern District of Virginia in a statement. “Our office—in partnership with federal, state, and local law enforcement—will thoroughly investigate and prosecute those who commit violence, destroy property, or threaten others in violation of federal law. For anyone who is contemplating traveling to D.C. to engage in criminal acts during inauguration events, know that we stand united and will assist our counterparts in the District of Columbia to ensure a peaceful inauguration. Likewise, for those considering traveling to the Virginia State Capitol to engage in criminal activity, [we], the FBI, and our law enforcement partners will act quickly to seek justice and hold you accountable.”