A Manchester Arena security worker alerted a police officer to a ‘praying crank’ who had secreted himself away at the venue 30 minutes before the explosion, an inquiry has heard.

Julie Merchant learned that Salman Abedi, 22, had been praying upstairs and caught the attention of a British Transport Police officer who was patrolling the Arena’s City room foyer with a colleague.

The suicide bomber hid for nearly an hour on the upstairs level of the foyer out of sight of CCTV cameras before he detonated his Karrimor rucksack filled with explosives at the end of an Ariana Grande concert in May 2017- killing 22 people and inuring 119.

Ms Merchant said she did not think the man was a bomber but thought it ‘worth mentioning’ as he had ‘secreted himself away in an area he should not have been’. 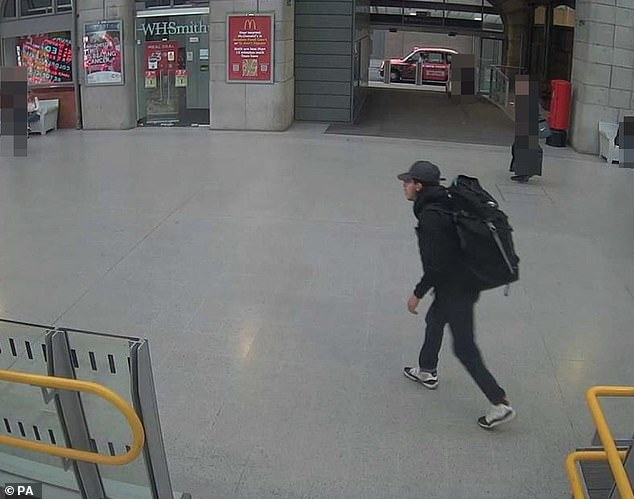 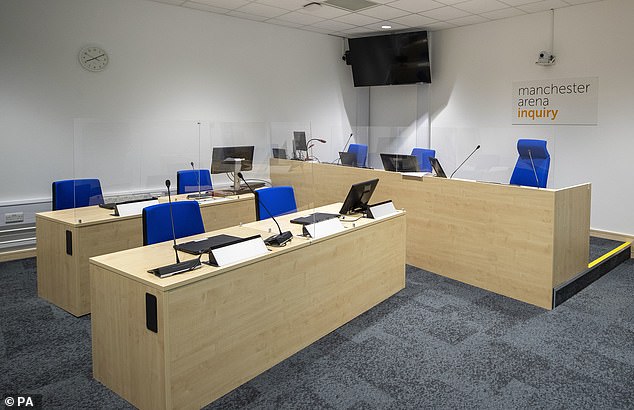 A security worker told a British Transport Police officer who was patrolling the Arena’s City room foyer about the praying ‘crank’, an inquiry has heard

She told the inquiry: ‘I just thought it was worth mentioning.

‘Even though I was not suspicious of him, like worst case scenario he was going to be a bomber, I was suspicious that he had secreted himself away.

‘In that way it was a security issue … because he was in an area he should not have been, an area that is all tucked away.’

Ms Merchant, who was monitoring merchandise bootleggers, said she assumed Abedi was travelling through from the nearby Victoria railway station on her first sighting of him on May 22 2017.

She said she could not recall what she exactly said but believed she used the words ‘crank’ and ‘praying’.

She said: ‘I think I would have said ”Is that crankypants still there? Is that nutter there”, or words to that effect. It wasn’t a very long conversation.

‘I can’t remember if she replied to me. They didn’t seem that interested.

‘None of us were suspicious of him and I think we were aware of being overtly un-PC.’

The inquiry has previously heard the BTP constable Jessica Bullough, who will give evidence next week, does not recall anything of the conversation.

Ms Merchant said she had worked at the Arena ‘hundreds of times’ and had never seen anyone praying there in a public place.

Giving evidence, her supervisor, William Drysdale, said he too had not previously witnessed anyone praying at the venue but did so on the raised mezzanine level of the City Room at about 9.40pm. 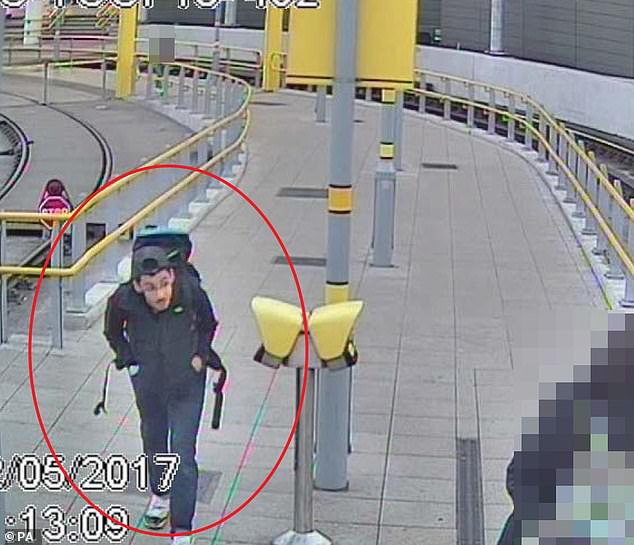 The suicide bomber (pictured on night of the attack) detonated his large Karrimor rucksack which contained the explosive at 10.31pm 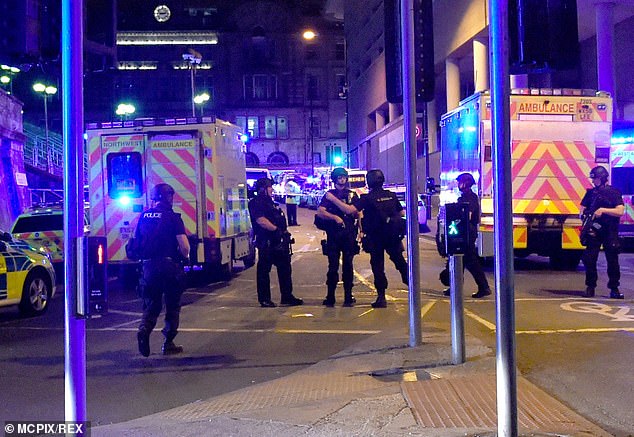 Asked if he thought that was unusual at the time, he replied: ‘Yes and no.

‘Yes, because I had never seen it before and no, as far as I knew being a Muslim if you have not prayed you find a quiet spot and then you pray there.’

Mr Drysdale said he did not regard him as suspicious.

He stated to police that the man’s backpack was ‘so large that it was above his head’.

In his statement, he went on: ‘As I looked a little bit longer I saw him rocking back and forward.

‘I couldn’t tell if he was kneeling or sitting because he was quite low behind a 3ft wall which he was behind as we were just a slight angle from him.

‘I knew he was not standing because the wall is only very small.’

During the terror attack, suicide bomber Salman Abedi waited nearly an hour in the City Room, the foyer outside the venue, before detonating his large Karrimor rucksack which contained the explosive at 10.31pm.

His body, which was recovered in four parts, was identified by his DNA and finger prints which were on the police database after he was arrested for shop lifting in 2012.

It was previously revealed that the Arena bomber who had been studying for a degree in business and management at Salford University, had used his student loan to fund the terrorist attack with the help of his brother.