Senior Wirecard executive ‘is hiding in Russia under the protection of GRU intelligence agency’ after the company admitted ‘missing’ £1.7bn never existed

The senior executive of a German finance firm who fled as it collapsed amid claims of a fraud is thought to be hiding in Russia under the protection of the GRU.

Jan Marsalek, COO of Wirecard and a prime suspect in an alleged £1.7billion scam, is rumoured to be hiding in an apartment west of Moscow.

Marsalek, who is now one of the world’s most-wanted men, has connections to the GRU and a man called Andrey Chuprygin, who is believed to be a former agent. 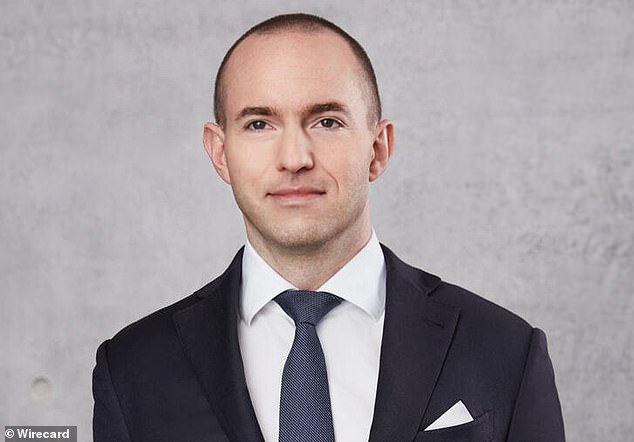 Jan Marsalek, COO of Wirecard and now one of the world’s most-wanted men, is thought to be hiding in an apartment near Moscow under the protection of military intelligence

The 40-year-old Austrian was head of Wirecard’s Asian operations, which are now at the centre of fraud claims after £1.7billion thought to be stored in accounts in the Philippines turned out not to exist.

As the scandal unfolded last month, Marsalek claimed he was travelling to Asia to try and uncover the location of the missing money.

Immigration records showed he flew to the Philippines on June 23 and then onwards to China, but those have also been exposed as fraudulent.

In fact, analysis carried out by Bellingcat, Der Spiegel and website The Insider suggest he actually went to Minsk – the capital of Belarus, and a close ally of Russia.

From there it is thought he crossed into Russia, which has had no border controls with Belarus since 1995.

German newspaper Handelsblatt reports that Russian intelligence officers decided it was ‘too risky’ to leave him in Minsk, before whisking him across the border.

Marsalek is thought to be under investigation by at least three western intelligence agencies over his links with the GRU.

They stem from his visits to warn-torn Syria, where he reportedly watched Russian troops recapture Palmyra from ISIS, and investments he was planning in Libya.

He denies having any links to Russian intelligence, though western spy agencies are convinced otherwise. 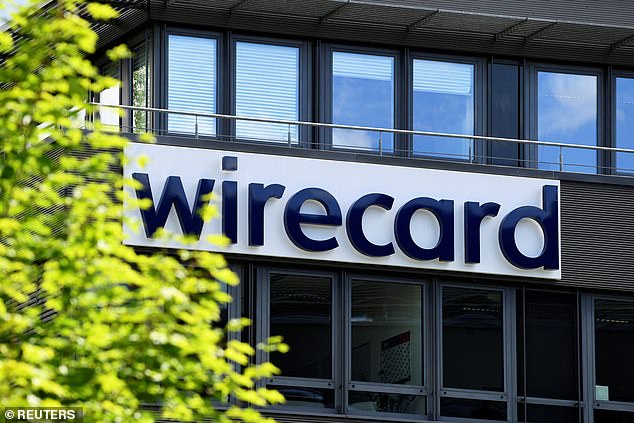 Marsalek has been missing since last month when Wirecard dramatically collapsed after a £1.7billion hole in the division that Marsalek ran was uncovered in the balance sheet (file)

The firm, one of Germany’s most successful and registered on the Dax 40 Index, subsequently admitted that the money likely did not exist and filed for insolvency.

Wirecard’s chief executive Markus Braun was arrested on suspicion of falsifying accounts before being released on bail.

Allegations had dogged Wirecard for months, but the financial technology company was able to repeatedly fend off claims.

German authorities even launched investigations against a journalist over the negative reports.

But the scam unravelled in June when auditors Ernst & Young said they were unable to find 1.9 billion euros of cash in the company’s accounts.

The missing cash makes up a quarter of the balance sheet.

The sum was supposedly held to cover risks in trading carried out by third parties on Wirecard’s behalf and was meant to be sitting in trustee accounts at two Philippine banks.

But the Philippines’ central bank has said the cash never entered its monetary system and both Asian banks, BDO and BPI, denied having a relationship with Wirecard.

The company, which employs nearly 6,000 people, was forced to admit that the funds likely ‘do not exist’.