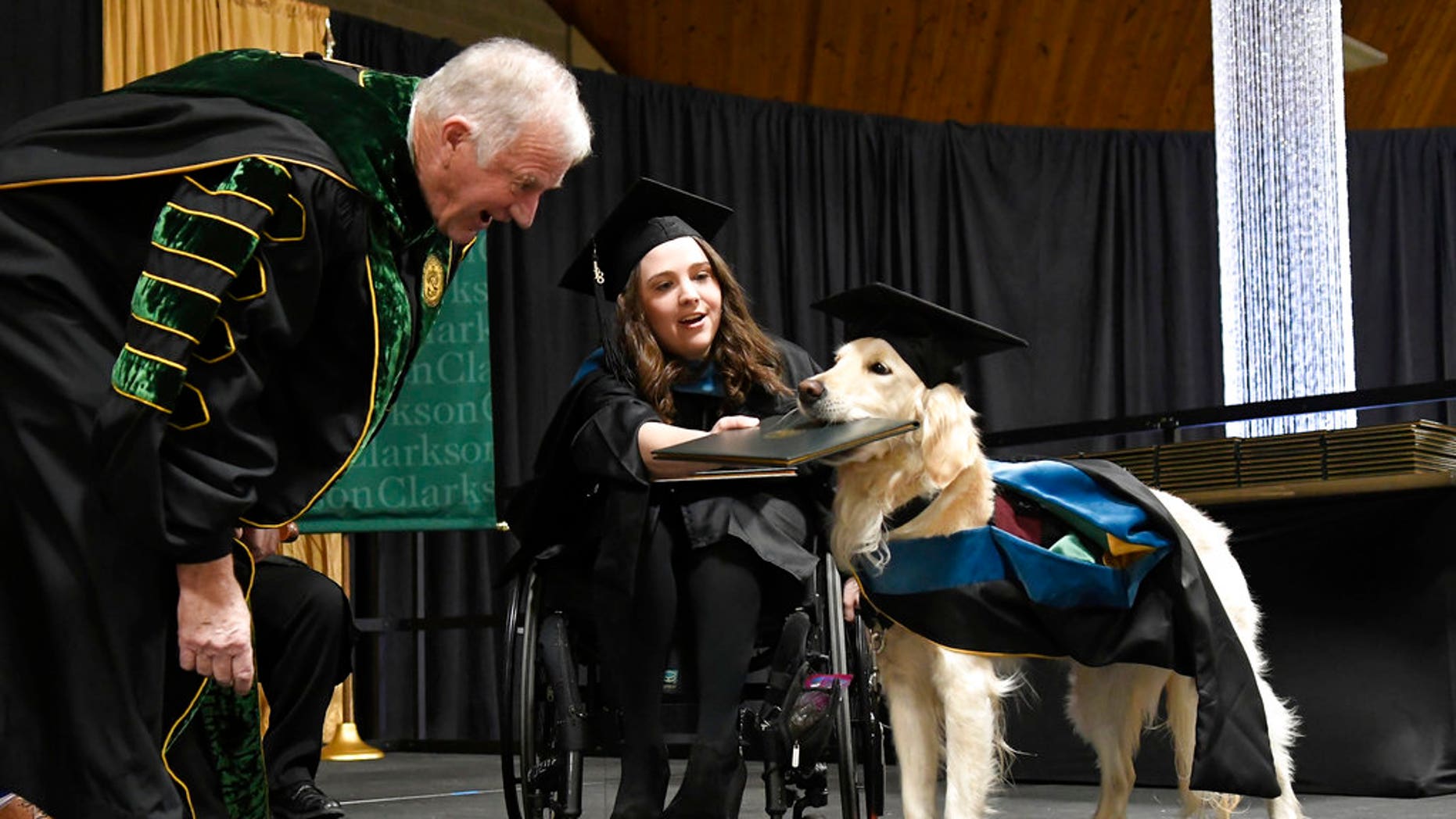 "Griffin," a 4-year-old service dog to Brittany Hawley, was presented with an honorary degree Saturday at Clarkson University as his handler received a master’s degree in occupational therapy.
(AP Photo/Steve Jacobs)

When Brittany Hawley received her master's degree from Clarkson University over the weekend, her service dog, 4-year-old "Griffin," was honored, too.

The good boy assisted his 25-year-old handler as she worked toward her degree in occupational therapy. He went with Hawley to classes, and even assisted her at an internship where she assisted patients. 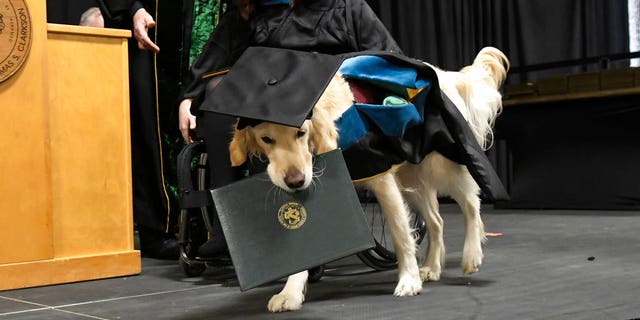 Clark University’s Board of Trustees honored Griffin for what they said was "extraordinary effort, steadfast commitment and diligent dedication to the well-being and student success" of his handler.
(AP Photo/Steve Jacobs)

And on Saturday, Griffin aided Hawley, of North Carolina, once more as she made her way across the stage of the Potsdam, New York school's recognition ceremony.

The university's board of trustees honored Griffin for what they said was "extraordinary effort, steadfast commitment and diligent dedication to the well-being and student success" of Hawley.

Hawley suffers from chronic pain and uses a wheelchair. She told The Associated Press that the Golden Retriever helps her with a variety of tasks, including opening doors, turning on lights and fetching her phone. Griffin, possibly more importantly, comforts Hawley amid her severe pain that's caused her anxiety and depression.

The two were paired up after Griffin was trained through "paws4prisons," a program that teaches inmates at West Virginia prisons to train and place high-level assistance dogs. 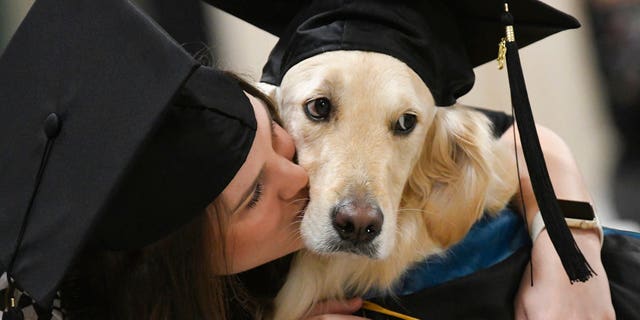 Griffin Hawley is given a congratulations hug by Brittany Hawley after being presented an honorary diploma by Clarkson University in Potsdam, New York on Saturday.
(AP Photo/Steve Jacobs)

"The inmates allow many dogs to come up to you and let the dog choose you," Hawley said. "Some dogs were scared of the wheelchair. Griffin jumped right into my lap and licked me across the face."

Griffin and Hawley interned together at Fort Bragg, a military base in North Carolina, where they helped soldiers with mobility impairments and psychosocial disorders.

WOMAN, FRIEND SLASHED ON BUS IN NEW YORK CITY AFTER TRYING TO PET ANOTHER WOMAN'S DOG

Hawley said she "pushed" for Griffin to graduate alongside her from the beginning, and noted that when she applies for jobs — the duo will be a package deal.

"I couldn't participate in anything without him," she said. "I'm so used to him being there."