SHOCKING pictures show a train ablaze, with locals being told to stay away and to shut their windows.

Thick black smoke could be seen in the sky after the train caught fire in Sevenoaks, Kent early this morning. 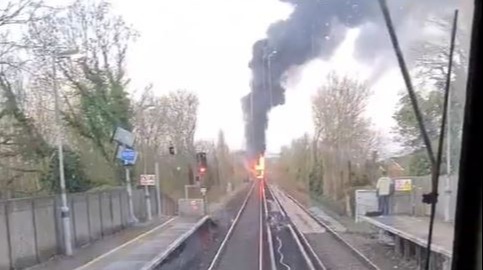 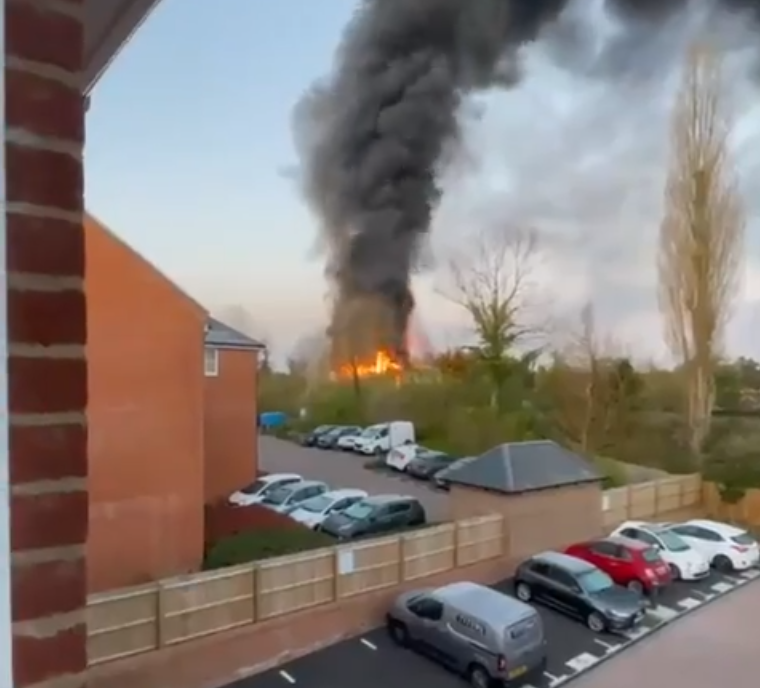 Kent Fire and Rescue Service was called to reports of a goods train alight near Dunton Green train station, in the Sevenoaks area, at 5.16am.

At the height of the fire, six fire engines were at the scene, alongside other agencies and emergency services.

Crews wearing breathing apparatus worked hard in difficult conditions to contain and control the fire with a special foam designed to smother the flames. 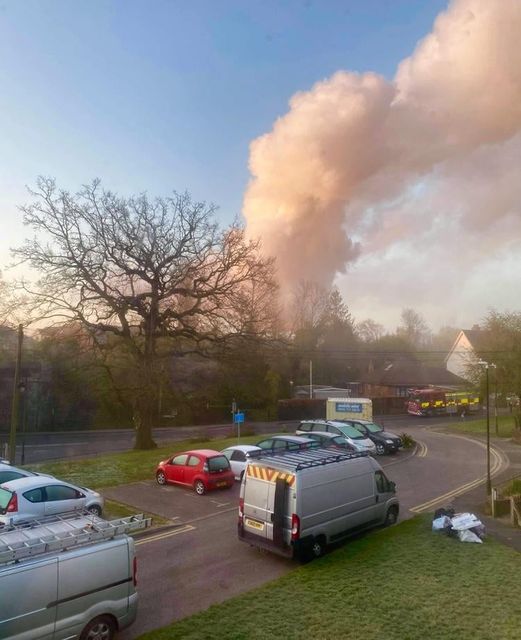 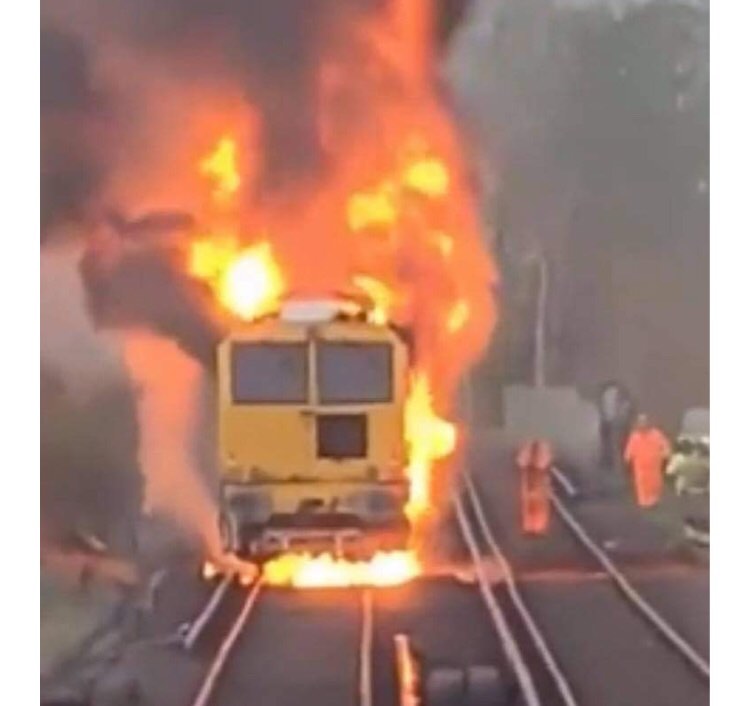 They urged locals to close their windows and doors and if possible to avoid the area.

There are no reports of any injuries and the cause of the fire has not been established.

The fire has now been extinguished and emergency workers are working out how to move the train so normal traffic can resume.

Network Rail Kent and Sussex wrote on Twitter: "Once we’ve moved the damaged tamper, a machine which restores the level of the track, we’ll need to check for damage to the track & what repairs might be needed.

"At the moment, we estimate it could take most of the morning to clear so check for travel updates.

"We don’t know yet what caused the fire but are working with Kent Fire and Rescue who are investigating.

"We have lots of people on site right now working to get passengers moving again and that’s our priority. We’re sorry for the disruption this has caused."

The power has been switched off on the lines at Dunton Green, affecting Southeastern and Thameslink services.

A limited replacement bus service is now operating between Orpington and Sevenoaks.

Disruptions are expected until at least midday.