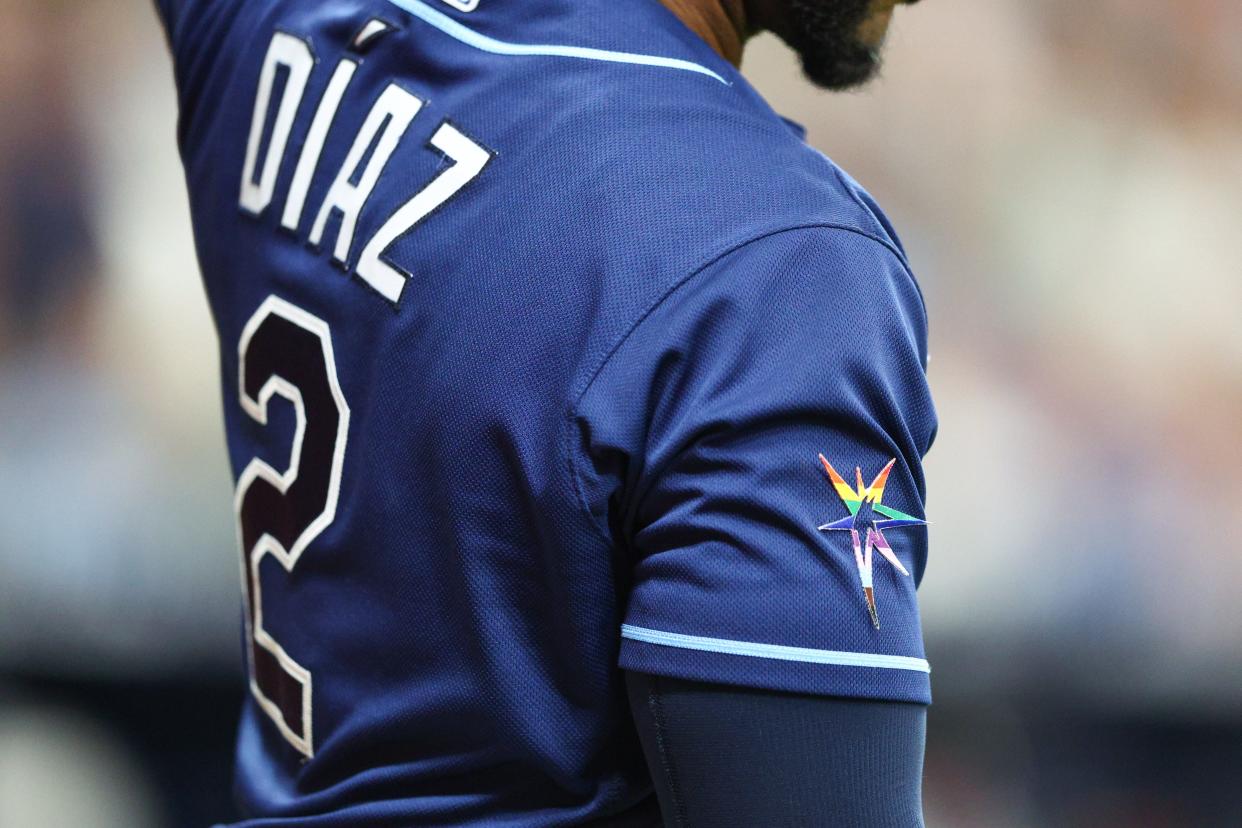 The Tampa Bay Rays celebrated their 16th Pride Night celebration on Saturday at their game against the Chicago White Sox. But as the team was encouraging inclusiveness in society, the idea was far from unifying in the Rays clubhouse.

The team also added a rainbow sunburst to the uniform sleeve for the game, similar to what the San Francisco Giants have done in support of the LGTBQ community. Players and staff were not required to participate, and several chose to remove the decal.

“A lot of it comes down to faith, to like a faith-based decision,” Adam said, according to the Tampa Bay Times. “So it’s a hard decision. Because ultimately we all said what we want is them to know that all are welcome and loved here. But when we put it on our bodies, I think a lot of guys decided that it’s just a lifestyle that maybe — not that they look down on anybody or think differently — it’s just that maybe we don’t want to encourage it if we believe in Jesus, who’s encouraged us to live a lifestyle that would abstain from that behavior, just like (Jesus) encourages me as a heterosexual male to abstain from sex outside of the confines of marriage. It’s no different.”

WORLD SERIES HANGOVER? Braves know they can rally: ‘We did it last year’

Plans for the Pride Night game, team officials said, had been discussed throughout the organization for several weeks, so the actions by players who opted out were not unexpected.

“I think what it has created is, like, what you’ve heard — a lot of conversation and valuing the different perspectives inside the clubhouse but really appreciating the community that we’re trying to support here,” Rays manager Kevin Cash told the Times.

The Rays have been outspoken in support of other causes as well, including autism awareness, racial equality and gun violence awareness. However, they’ve also dealt with occasional dissention.

Their social media campaign two weeks ago in the wake of the mass shooting at a Uvalde, Texas, elementary school may have played a role in Florida Gov. Ron DeSantis vetoing a planned $35 million training facility in nearby Pasco County.