Sex without consent IS rape, Spanish legal experts rule following fury over Wolf Pack gang who were cleared because they had not used violence

Spanish lawyers have declared that sex without consent does equal rape, in the wake of a bitterly disputed decision to clear five men of the crime because they did not use violence.

The panel of legal experts was set up to recommend changes after the ‘Wolf Pack’ gang were convicted of sexual assault but not rape against a teenage girl, sparking protests.

Today the panel has called for tougher laws, saying rape should be redefined and that violent attacks should carry the ‘maximum penalty’, BBC News reported.

Assault by more than one person – as in the Wolf Pack case – will also be treated in the same way as a violent assault under the changes.

The maximum penalty for rape will be a jail sentence of 15 years, the same as before, according to Spanish newspaper El Pais.

Under the changes the five men convicted of gang-raping an 18-year-old would have received a tougher sentence than the nine years they were handed for the crime.

The men, who called themselves the Wolf Pack, assaulted the woman during Pamplona’s San Fermin bull-running festival in 2016.

A court was told that that the five had assaulted the woman in the doorway of a residential building and recorded it on their mobile phones.

The men had also joked about the attack in a WhatsApp group, in which they gave themselves the nickname.

But because there was no physical evidence of violence the court could only hand them a nine-year prison sentence.

The original ruling in April this year sparked a wave of protests amid the global #MeToo movement against sexual violence.

Earlier this month a court in Navarra upheld the ruling, which can still be appealed in Spain’s Supreme Court. 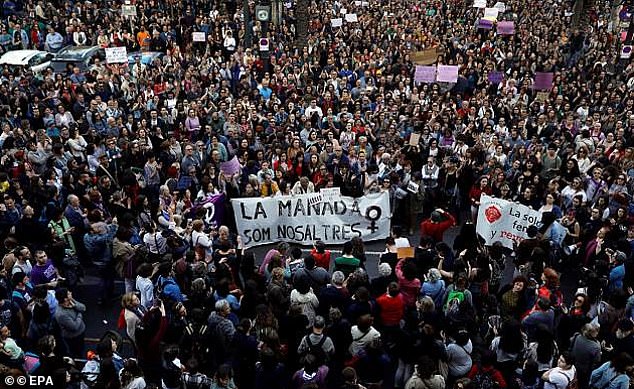 The original ruling was met by a wave of protests in Pamplona and other cities across Spain, amid the global #MeToo movement against sexual violence 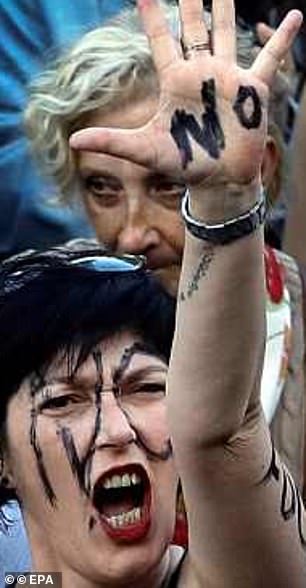 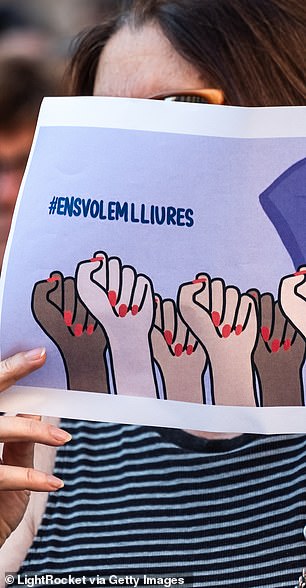 The ruling, which can now be appealed in the Supreme Court, saw thousands of people taking to the streets of Spain in protest against the court’s decision