María Elena Bottazzi doesn't forget where she comes from. Her face softens as she, in the midst of complex scientific terms, speaks of Honduras as if she had left Tegucigalpa, its capital, yesterday.

“It never crossed my mind to look for a job at a multinational" company, she said with a broad smile in a video interview with Noticias Telemundo. "I am Central American and doing nonprofit projects is my way of giving back a little of what Honduras has given me.”

Together with Dr. Peter Hotez, Bottazzi, 56, a microbiologist, led the team from the Texas Children’s Hospital Center for Vaccine Development that created the Corbevax vaccine for Covid-19, a patent-free drug that last month already received emergency authorization for use in India.

“Peter and I aspire to benefit people, which is why we created a vaccine for the poorest communities in the world. The team that we have built shares the same interest in promoting public health and, obviously, learning at the same time,” she said.

Corbevax is based on recombinant protein, a traditional technology that has been used for decades in well-established drugs such as hepatitis B and pertussis vaccines. This vaccine uses a careful amount of virus proteins in order to activate the body’s immune response, but without making patients sick.

“It’s a much cheaper process than the messenger RNA technology that Pfizer or Moderna used. We chose the most scalable, reproducible and stable method with a yeast cell that ferments and coded it to produce these proteins," Bottazzi said. "That means you don’t have any animal derivatives, everything is synthetic. In addition, anyone can replicate it and collaborate with us." 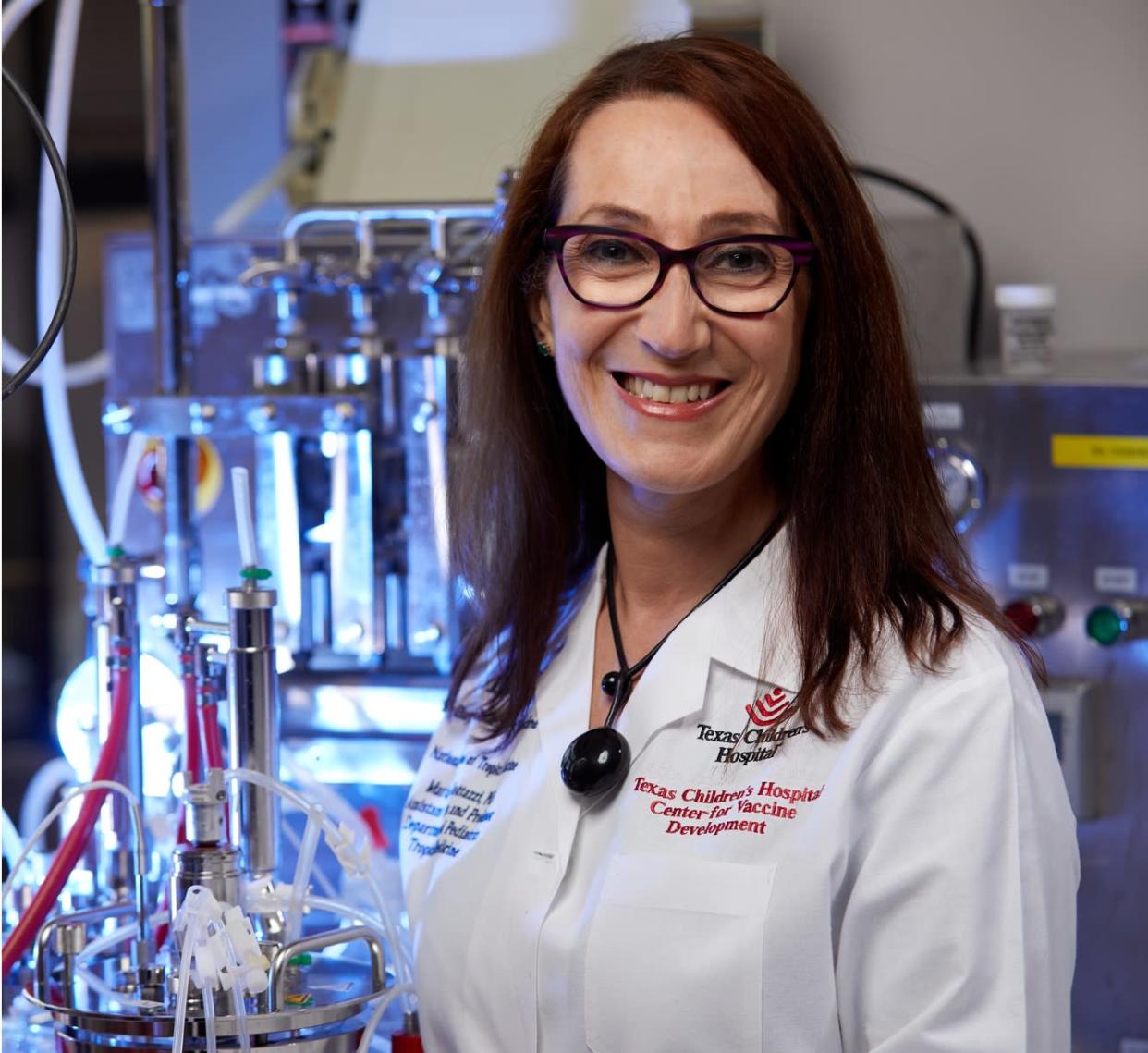 Last week, Bottazzi received a call from Rep. Lizzie Fletcher, D-Texas, which she said turned out to be one of the great surprises of her life. Fletcher informed her that she had nominated Bottazzi and Hotez for the Nobel Peace Prize.

“The truth is that I was shocked, speechless. But we are very excited and grateful, because the simple fact that they have thought of us means that we are already winners," the scientist said, speaking with emotion.

However, the most worrying figure is that less than 9 percent of residents in low-income countries have received a dose.

The inequality in the distribution of vaccines has caused great indignation among activist groups, political movements and high-ranking officials of the World Health Organization.

While science has given us hope in the form of vaccines, WHO Director-General Tedros Adhanom Ghebreyesus said in December, "there is no doubt that the inequality in their distribution has caused many deaths."

The quest for health equity

Since the beginning of the pandemic, Bottazzi and her team decided to use the knowledge they had cultivated during decades of research to develop a drug that would be “free for everyone,” as she often says.

“Everyone talks about equity, but nobody does anything. That is why we created Corbevax, although we are a small team and it took us longer than the large laboratories," she said. "But we knew that it would not be enough with the projects of the multinationals, if we take into account the first and second doses, plus booster and pediatric doses, we are still missing 9,000 million doses,” she added.

For several years, Bottazzi and her team focused on creating vaccines against largely neglected diseases such as schistosomiasis (intestinal parasites) and Chagas' disease.

“Our goal has always been to develop and manufacture cheap, durable vaccines to contribute to global health,” Bottazzi said.

When Covid began to spread around the world, researchers already knew of the technological advances that could help generate a drug to combat the novel coronavirus. But due to scarce public and private funding (among its private donors, a brand of vodka stands out; it brought the team a million dollars), it took them longer to manufacture the vaccine.

“We are looking for this concept of making transparent alliances, without patents, with partners who have the same outlook as we do, even if that is difficult and takes us a little longer," Bottazzi said. "Then Biological E, a large vaccine manufacturer in India, became interested, which promoted the development and we managed to get the emergency authorization in India. Now we are in talks with other countries such as Indonesia and Bangladesh."

As with many scientific feats, the creation of Corbevax is the product of past research that, at the time, didn't receive the attention and support it needed to further refine the processes and methods which were crucial to ultimately driving the drug forward.

Bottazzi warns that after the pandemic emergency is over, "we must continue investing in science, we have to be prepared for the emergence of other diseases."

Below, she answered several questions about the new vaccine she helped create.

What advantages does Corbevax offer, compared to other vaccines on the market?

The first thing is that its development is free, any government or company can contact us and we will give them the starter kit to start manufacturing. Our doses cost between $2 and $3, compared to the others. In recent trials, it’s over 80 percent effective with variants like beta and delta, and we’re looking into how it reacts with omicron.

Another important element is that these recombinant vaccines are very stable when produced, one can store them in normal refrigeration systems for a long time, unlike other drugs that expire quickly. We, for example, have had other vaccines stored for more than five years and they work perfectly.

Could this project boost the establishment of manufacturing operations in poor countries in Latin America and Africa?

Of course, that is our main interest. Many regions would benefit from learning about this vaccine development ecosystem to move away from technology dependency. Our Latin American countries, for example, always have to wait for someone to solve their problems, but this is an opportunity to begin to have regional self-sufficiency.

Right now, everyone wants to produce vaccines, but we have to see which are the best models, and what lessons are needed. The intention is to create a balanced ecosystem that not only gives priority to what the multinationals develop, but that also benefits, from an economic and scientific point of view, small local producers in developing countries who are in the process of developing [medicines or vaccines].

What would the process be like for this vaccine to be available in the United States, Europe and Latin America?

We have received thousands of emails from people interested in trying it because it is a more conventional technology and they trust the time we invested in its development. But, in the case of the United States and Europe, it will depend on getting allies who are interested in starting the process.

Another option is for the U.S. government to support us by buying doses from Biological E and donating them to countries that need them so much. And, although we are in talks with various Latin American countries, we are also working to obtain global approval that the World Health Organization can give, so that nations could receive our vaccine through the COVAX mechanism or the PAHO (Pan American Health Organization) Revolving Fund. 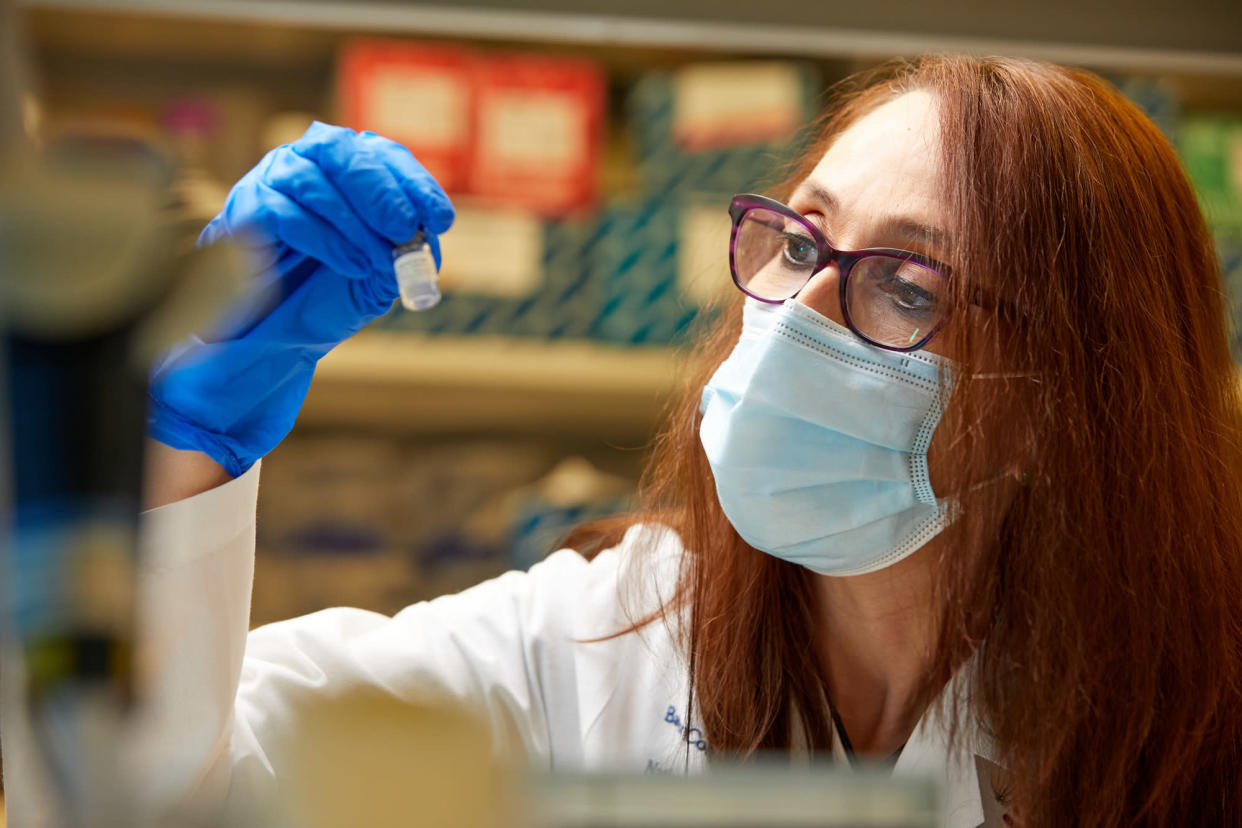 What is your team’s next project?

Right now, we are working on a concept of a universal vaccine because we are concerned that, while we are vaccinated, the virus will continue to mutate. Omicron will end, but new variants will come. We do not know what other coronaviruses could emerge in the coming years; we have already seen that every five or 10 years, one appears. That’s why we have to keep investigating.

Do you have any message for Latin American girls who dream of becoming scientists?

My message is that it can be done, no matter what negative people say. Obviously it requires a lot of discipline and studies, first at school and then at university. I believe that having the opportunity to enter a university is essential in our countries.

I studied in Honduras, so it’s a lie that one always has to be educated in high-income countries. Our education, if you do your part and dedicate yourself, can achieve the excellence of the highest educational systems and we can learn what is needed.

Have you felt any type of discrimination during your work as a scientist?

I think it is essential to get rid of that impostor syndrome mentality. One always has that idea that since you are a woman and you come from studying in Latin American countries or spaces, you cannot compete to seek opportunities outside the country, but you can.

It is necessary to create an ecosystem of mentors, of people who recommend you and suggest options. That opens doors and opportunities, not only for studies, but also for work.

On many occasions, scientists are often criticized for not knowing how to convey the importance of their projects. What are your thoughts on this?

I studied to be a scientist, I am a microbiologist, but isolated microbiology is not enough. One has to be able to converse, participate and collaborate with many disciplines such as economics, engineering, mathematics and, of course, health sciences, because everything is needed.

It is not that you have to be a specialist in everything, but you must have that capacity, that intellectual flexibility to be able to have a conversation with different disciplines. I think that is something fundamental. One can focus scientifically on one aspect, but being able to explain it in an accessible language for the population that knows nothing about science is something very important.

After so many years of work and study, what does it mean to be nominated for the Nobel Peace Prize?

It means that with dedication and passion, and always maintaining our convictions, much can be achieved. We can help solve many global problems that we have around the world, especially inequity in health systems.

An earlier version of this article was first published on Noticias Telemundo.