Sheldon Silver begs judge for leniency: ‘I don’t want to die in prison’

Sheldon Silver — once one of the most powerful politicians in Albany who’s been twice convicted of corruption yet still awaits sentencing — begged a judge for leniency in a handwritten letter that pleaded, “I don’t want to die in prison.”

The disgraced longtime Assembly speaker — who federal prosecutors want locked away for seven years but could get hit with up to 20 years — scrawled the more than 780-word note on letterhead bearing his name ahead of his sentencing next month.

“Your Honor, I do not want to die in prison,” the 76-year-old wrote to Manhattan federal court Judge Valerie Caproni in the letter dated Wednesday. “This case has been going on for more than 5 years, but I feel like I have aged 15 or 20 years. My fate is in your hands.”

Silver — who took $4 million in bribes in exchange for supporting a real estate developer’s position on rent regulations — then lamented about ruining his legacy “by using my office for personal financial benefit.”

“I say, without hesitation, that regardless of how complicated and nuanced legal questions are answered, which are frankly beyond me, my use of my office for personal gain was improper, selfish, and ethically indefensible, and it undermined the trust of the people of New York,” he continued. “What I did was wrong.”

Silver, who enjoyed his powerful status as one of Albany’s so-called “three men in a room” along with the governor and state Senate Majority Leader for more than 20 years, was first convicted on federal corruption charges in 2015 and sentenced to seven years.

That conviction was thrown out on a technicality — but Silver was found guilty on all seven counts a second time in 2018. An appeals court vacated some of those convictions, including that he funneled state funds to a cancer research firm in return for patient referrals to his law firm.

“If I was doing good for New York, after all of the years of work and sacrifice, I felt entitled to the financial windfalls that came my way while doing what I thought was good work. But I was dead wrong. I was hurting the State I love by undermining public confidence in our public officials and institutions, which we need now more than ever.”

Prosecutors want Silver to get another seven years when he is finally sentenced on July 20. But his lawyers have asked for a “substantial term of home confinement” and community service, according to court filings.

Silver wrapped up his letter with an apology to the judge, prosecutors and his family.

“And above all, I apologize to the people of New York,” he wrote. “I am sorry.” 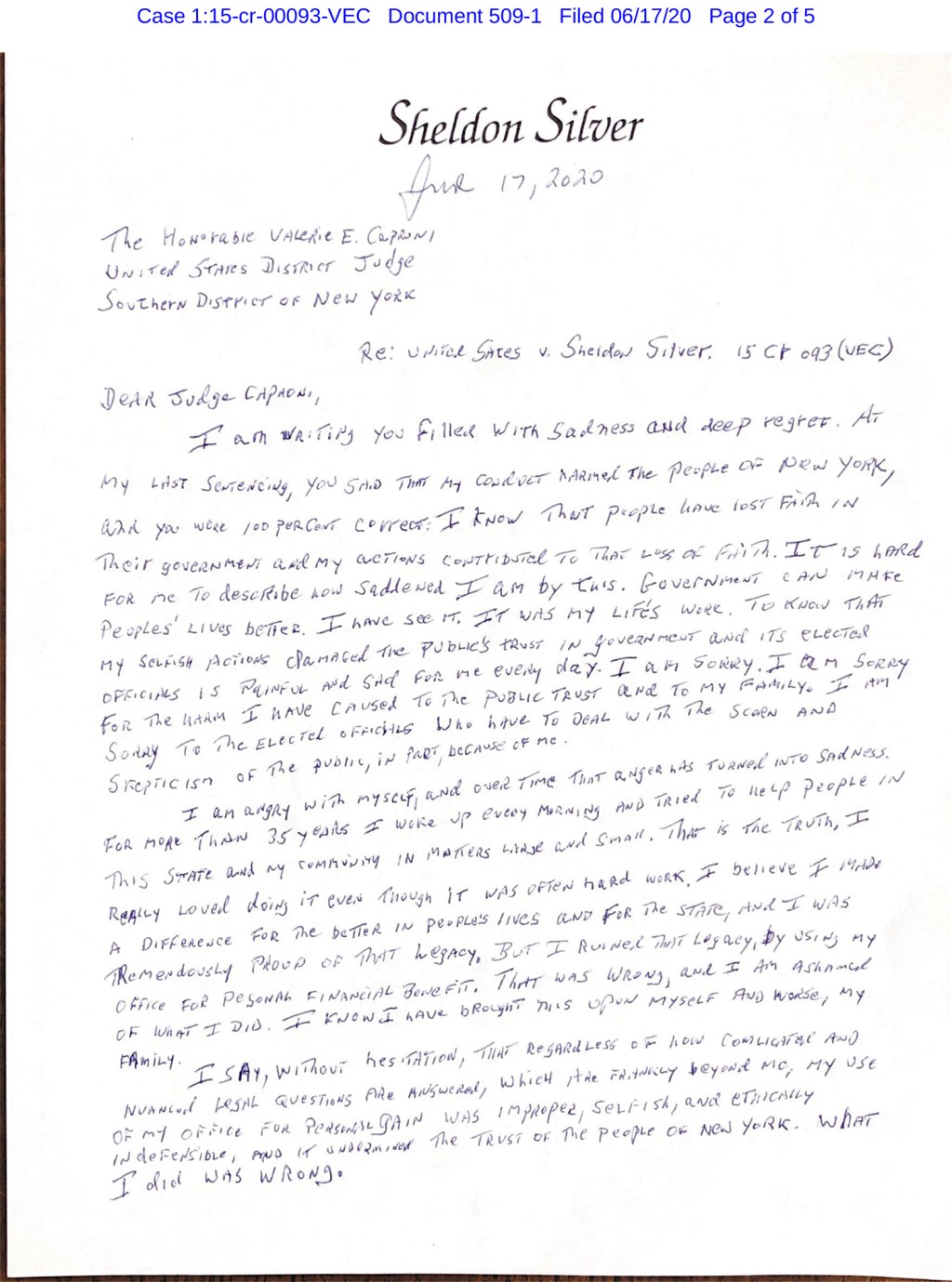 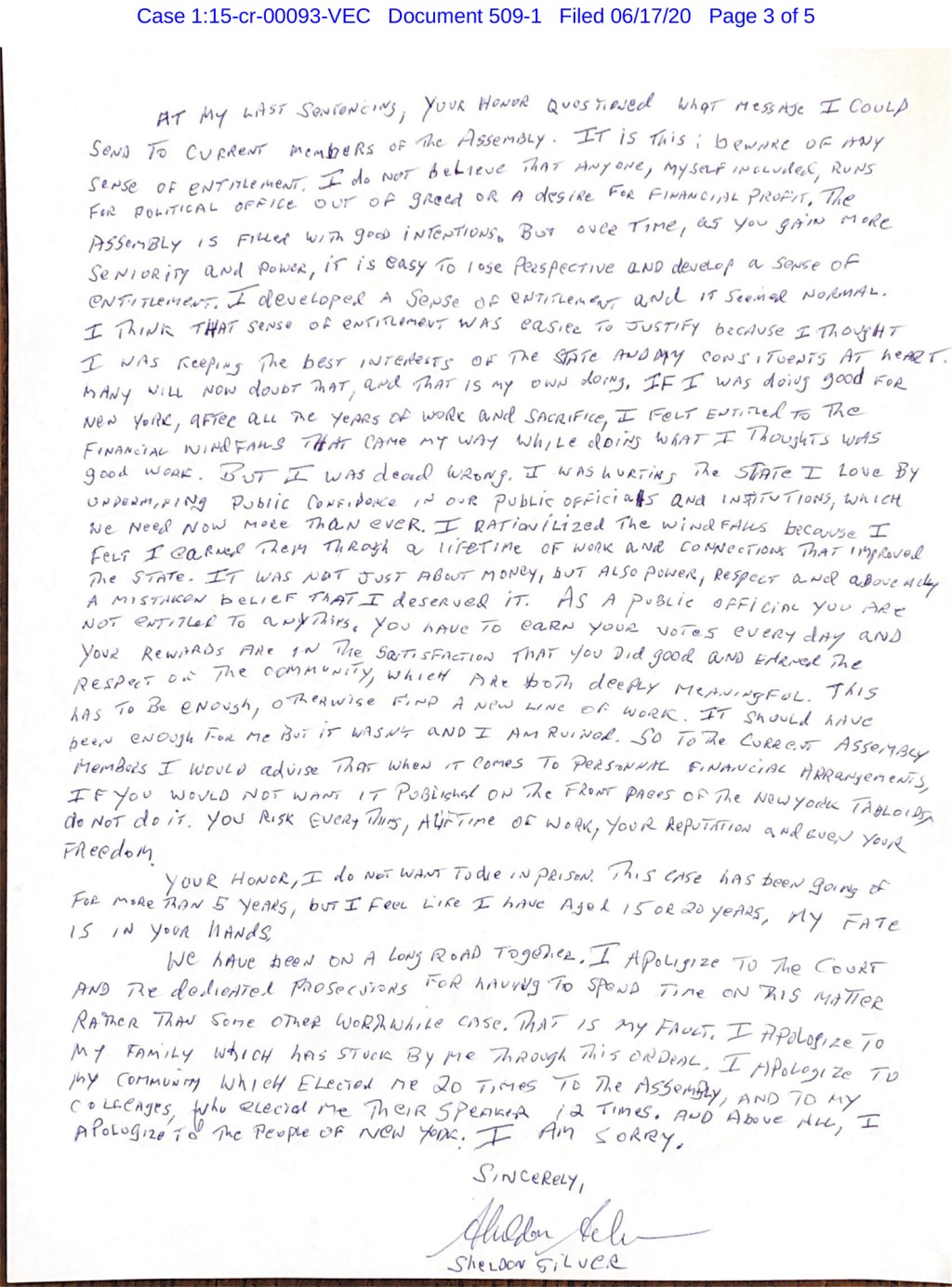