THE SHOCKING moment Coast Guard opened fire on a massive shark that was approaching 40 crew members who were swimming in the ocean was caught on camera.

Maritime Enforcement Specialist 1st Class Cintron shot the eight-foot shark on Wednesday as it started heading towards his colleagues who were swimming in the Pacific Ocean. 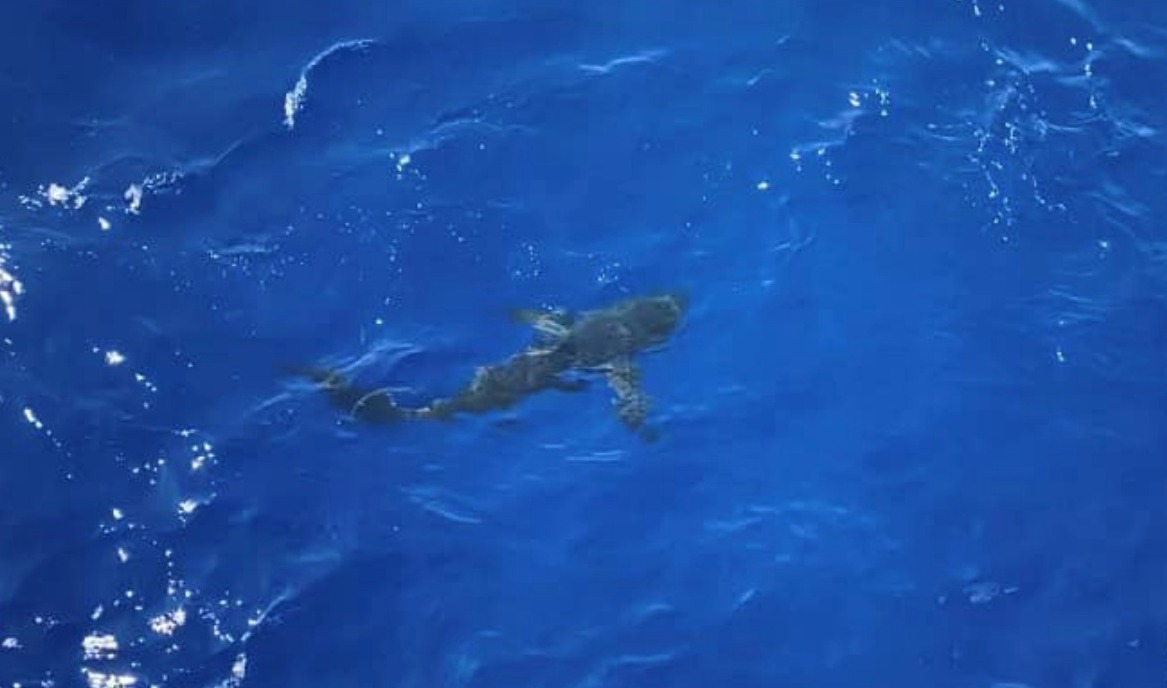 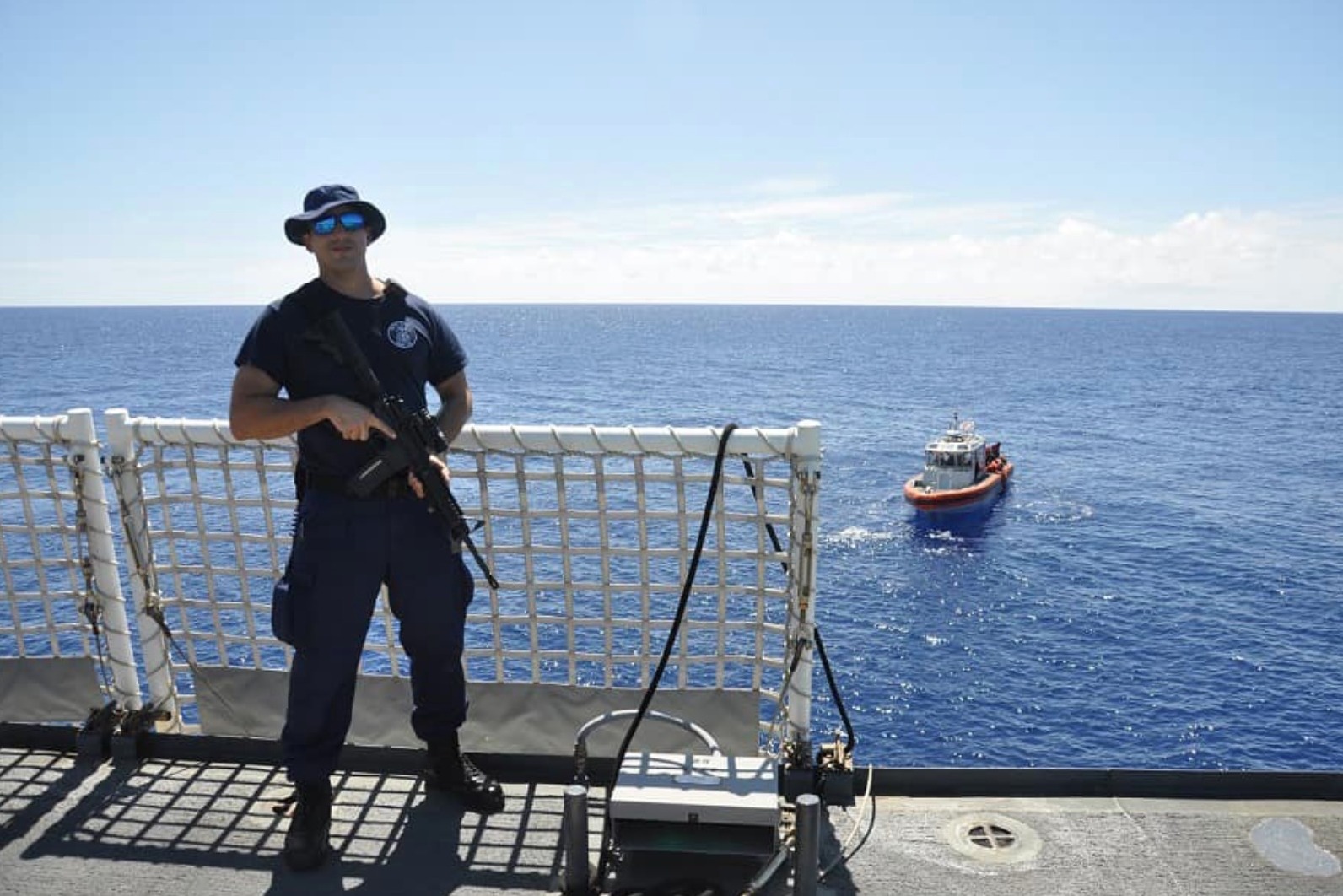 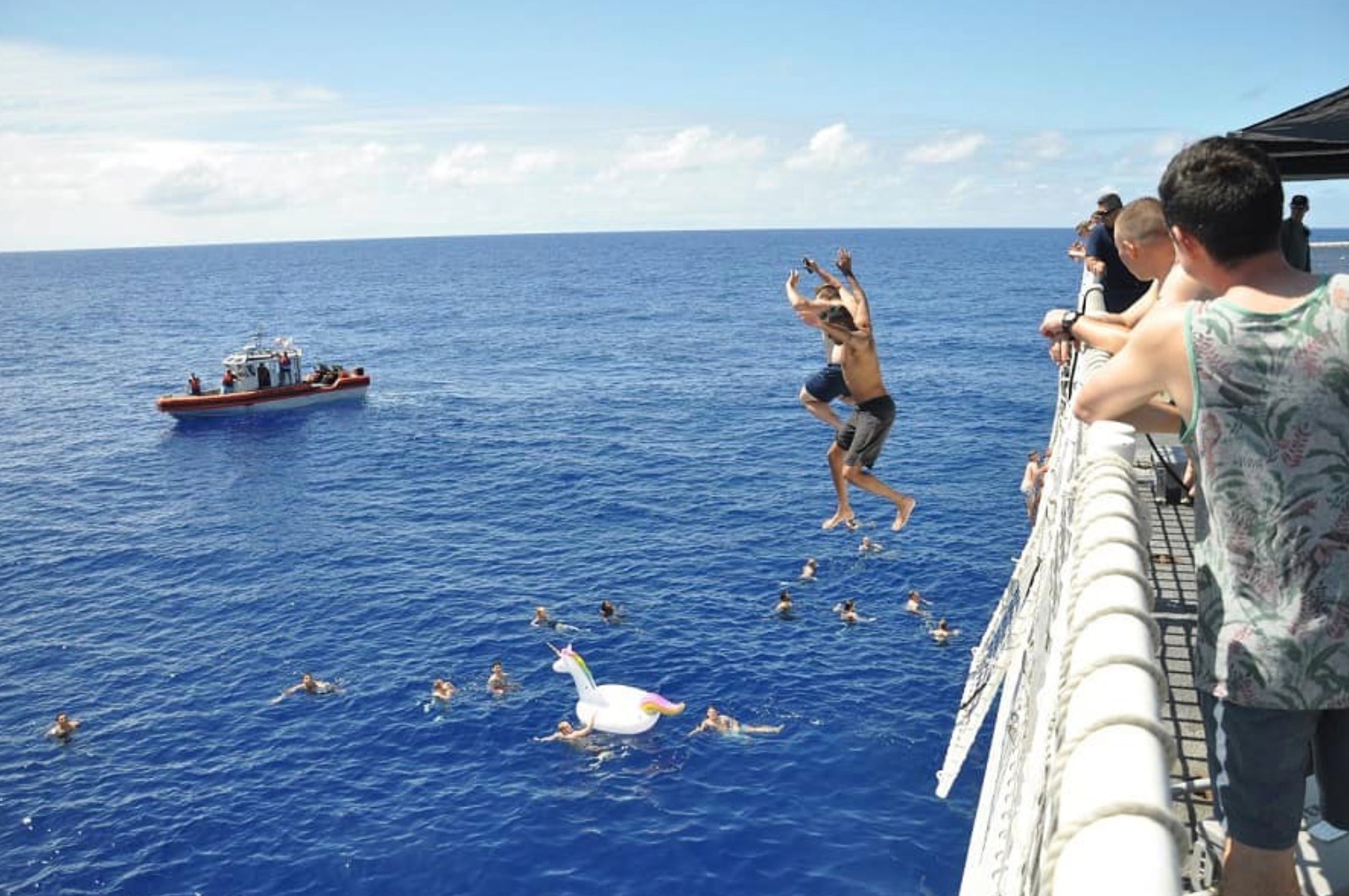 All of Cintron's US Coast Guard Cutter Kimball shipmates escaped – and a Facebook page for the team posted on Facebook that they will be "retelling the story for years."

The shark also avoided harm, as the post detailed that shots deterred it but did not strike it.

The team were enjoying a swim call due to the "perfect" weather and being "a zillion miles from land" when they were interrupted.

Then, the post explained: "As if right out of a Hollywood movie, a 6-8 foot shark (no exaggeration) surfaced at the Rescue Door and was swimming toward 30-40 people in the water about 30 feet away."

The post explained that despite being fired at, the shark would continue to make its way towards the swimmers. 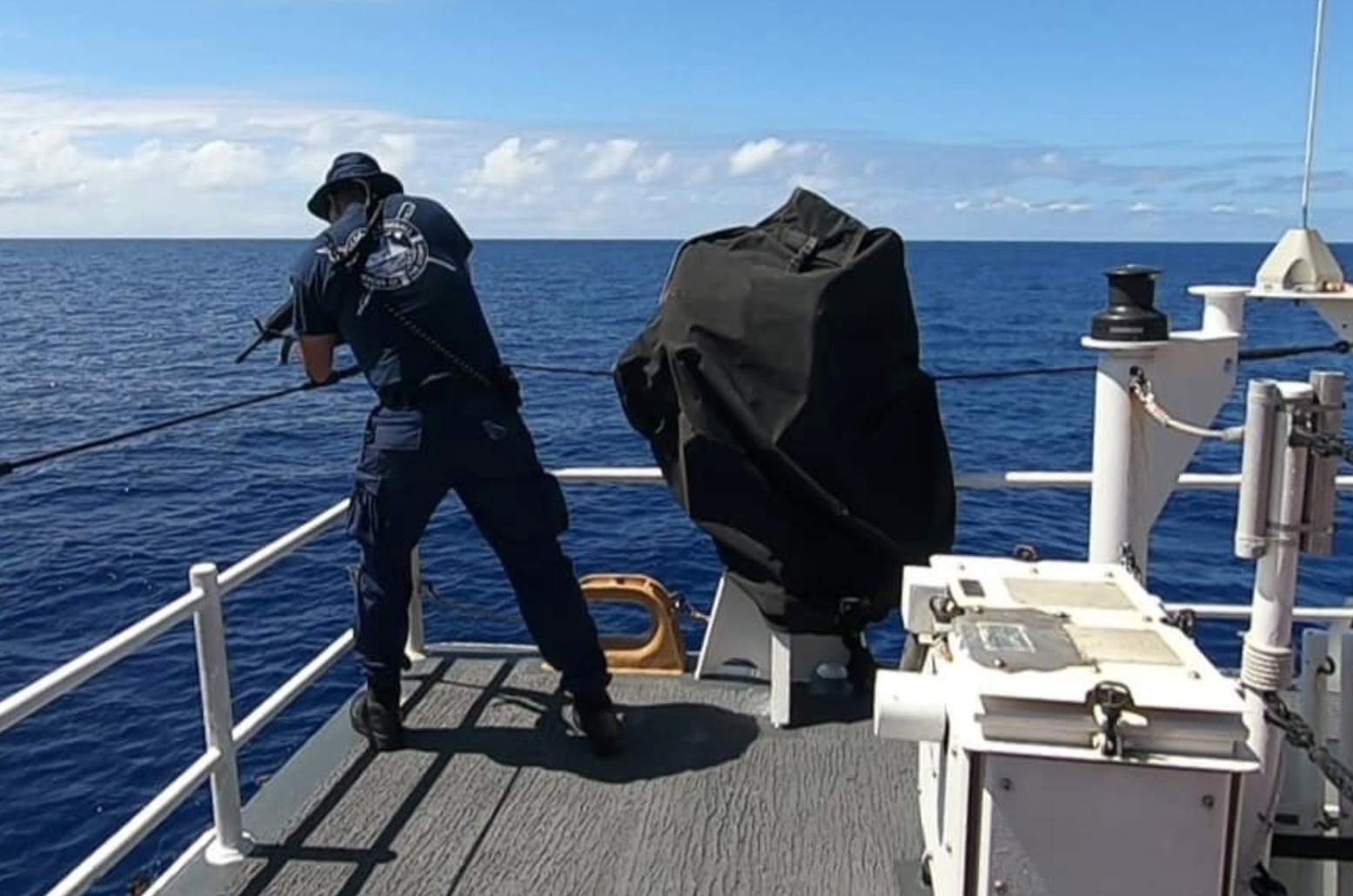 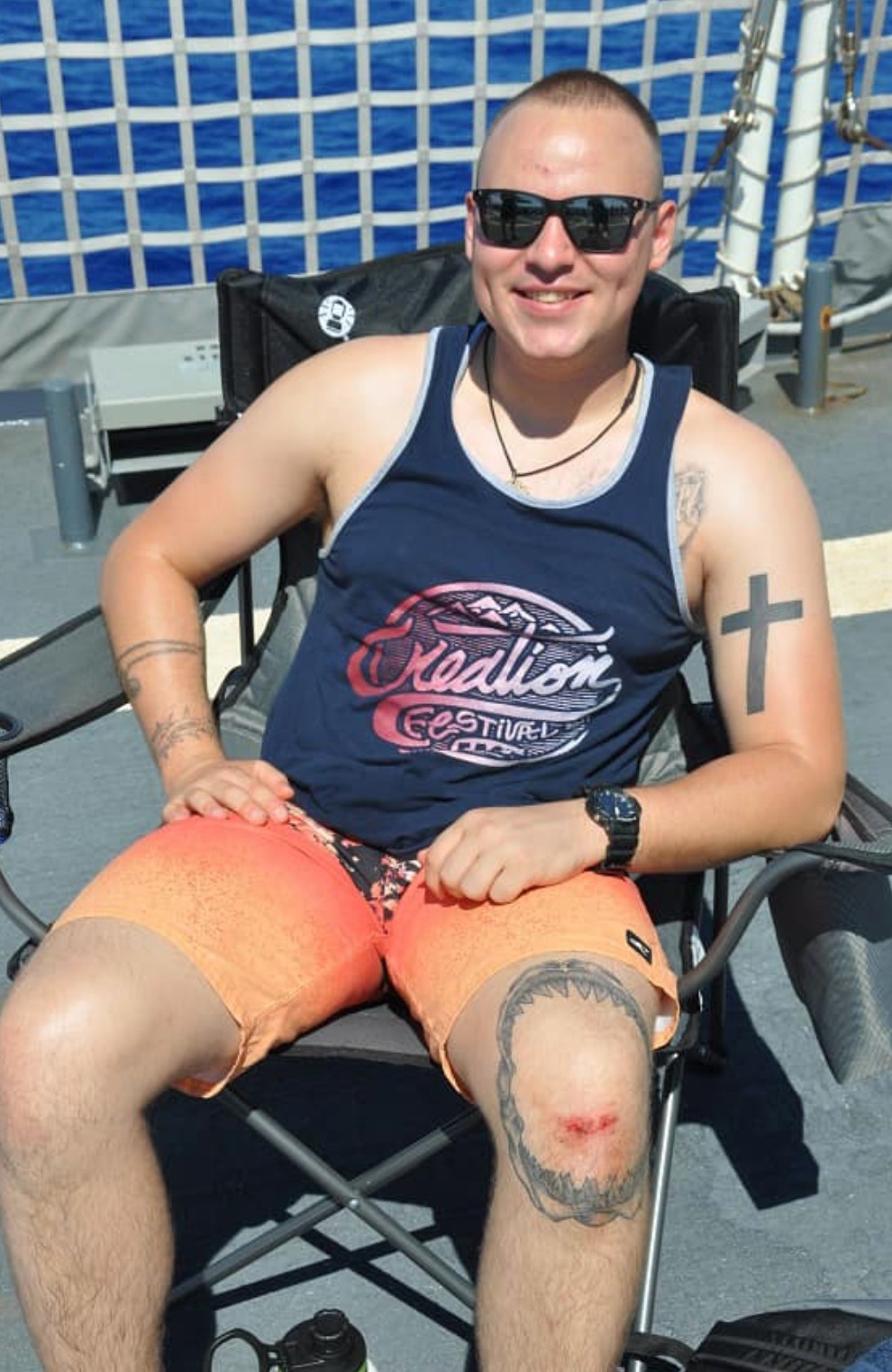 "ME1 fired bursts as needed to keep the shark from his shipmates with amazing accuracy. The shark would wave off with each burst but kept coming back toward our shipmates."

"It wasn't the panic of the 4th of July scene from JAWS, but once everyone realized what was happening, they moved with a purpose!" the post continued.

"Everyone stayed focused and worked the problem. The small boat quickly looked like a vessel overloaded with SAR survivors.

"Others threw heaving lines to shipmates in the water and helped them aboard via the stern notch.

"All hands are safe and accounted for. We even saved the inflatable unicorn!"

The only injury sustained was a scratch on OS3 Berk that he obtained when he climbed back onto the vessel.

Ironically the scratch was in the middle of a tattoo on Berk's leg of an open set of sharks teeth.

In a second post, the Coast Guard explained that the other sharks appeared and swam off with the predator.